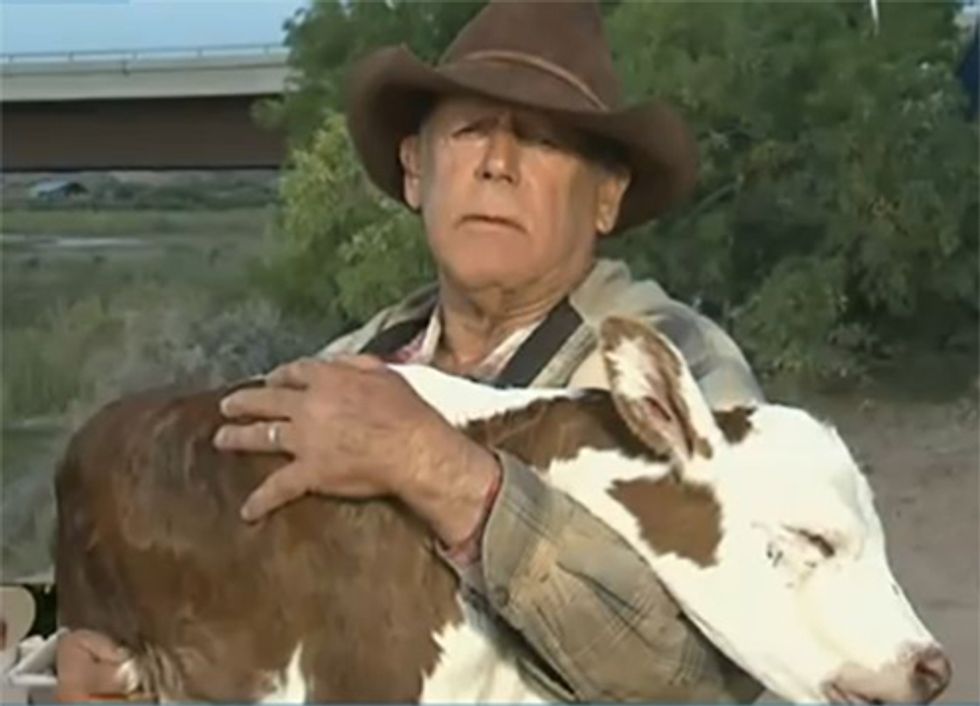 In today's Annals of Personal Responsibility, we learn that anarrest warrant has been issued for Cliven Bundy's 34-year-old son, Cliven Lance Bundy, who failed to appear in court for a drug diversion program in July, related to a 2012 conviction on burglary and weapon charges. But he had a perfectly good reason for not showing up, he says. Probably something about gold fringe on the judge's flag, or maybe his name was in all-caps on the paperwork?

Lance Bundy tells The Associated Press he underwent surgery that same day in Henderson for a nerve pain condition.

He's been recuperating since then at his parents' home in Bunkerville, about 80 miles northeast of Las Vegas.

Lance Bundy says he's trying to get his program counselor to help him respond to the warrant.

Oh, surgery, well we can see that. Of course, a lotta guys might have notified the court and rescheduled before they got hit with an arrest warrant, but there's family tradition to consider. He didn't do nothing wrong, and if the jackbooted thugs come for him, there are probably still plenty of militia dudes left around the ranch who haven't yet decamped to guard the border.

Follow Doktor Zoom on Twitter. He's just glad Cliven The Younger isn't trying to graze cattle in the drug court. Which may have been where the milk-bar in Clockwork Orange came from.