Wendy Davis Decides She Will Be Next Texas Governor, If That's All Right With You All 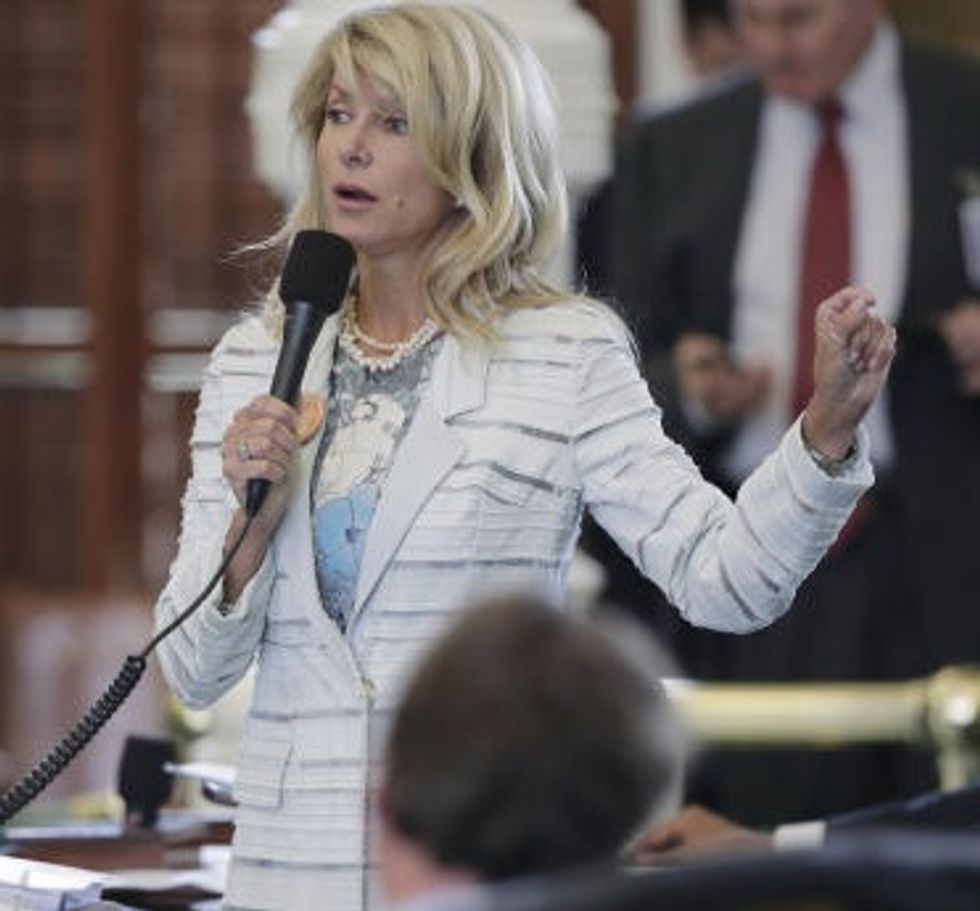 Well, kids, it looks like you have been praying to the right librul gods and goddesses after all, because we have ourselves a Festivus miracle right here in September, per Politico:

Texas state Sen. Wendy Davis and her advisers have begun informing influential Democrats that she intends to run for governor in 2014, according to multiple sources familiar with Davis’s conversations.

Tie those laces on your pink running shoes, it looks like Abortion Barbie is gonna make some history in Texas, y'all!

For those of you who don't ever read wonket, Wendy Davis is the ladybadass legislator from Texas who actually filibusters bills, with actual results. According to GOP aides, she has bigger ballz than Ted Cruz, and we are totally hoping that there will be pink Truck Nutz all over Texas to show support for her!

We totally expect all readers to give all their monies to Wendy Davis, and we might set up a WonkPAC SuperPAC thingy ... fuck it, no we're not, go here instead.