Wendy's Now Serving Frostees With Complimentary Side Of Razor Blades 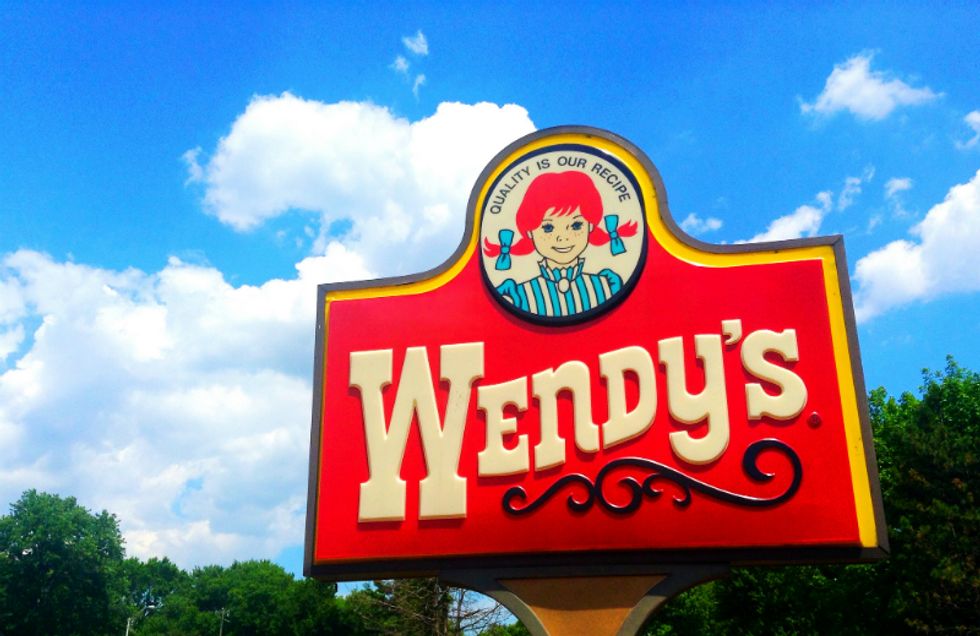 As if Frostees weren't already gross enough (shut up, it's just half-melted soft-serve in a goddamned soda cup, they're disgusting), customers apparently have a new thing to be concerned with: razor blades hidden like depth charges in their iced beverages. YUM!

Lest ye think "THE CUSTOMER PUT IT THERE THEMSELVES, THIS IS A HOAX" -- yeah, we've actually got confirmation it's legit, as the police looked into it and everything, and Wendy's has already thrown itself into full-on "OH GOD WE'RE SO SORRY" mode. Police aren't taking any action against the Wendy's, because it was a one-off problem rather than something ongoing.

As for how it ended up in there, it's basically a slapstick skit: a cleaning company employee used the razor to clean the stove hoods (hence the horrific black-brown gunk mass attached to it in the photo), then threw it in the trash. An employee of the restaurant then found the razor blade in the trash and, concerned someone might cut themselves, took it out and put it in a cup for separate disposal. They never got around to that, though, and ANOTHER employee (who apparently has the perceptive abilities of a concussed duckling) found the cup and filled it with soda without even looking in the damn thing first.