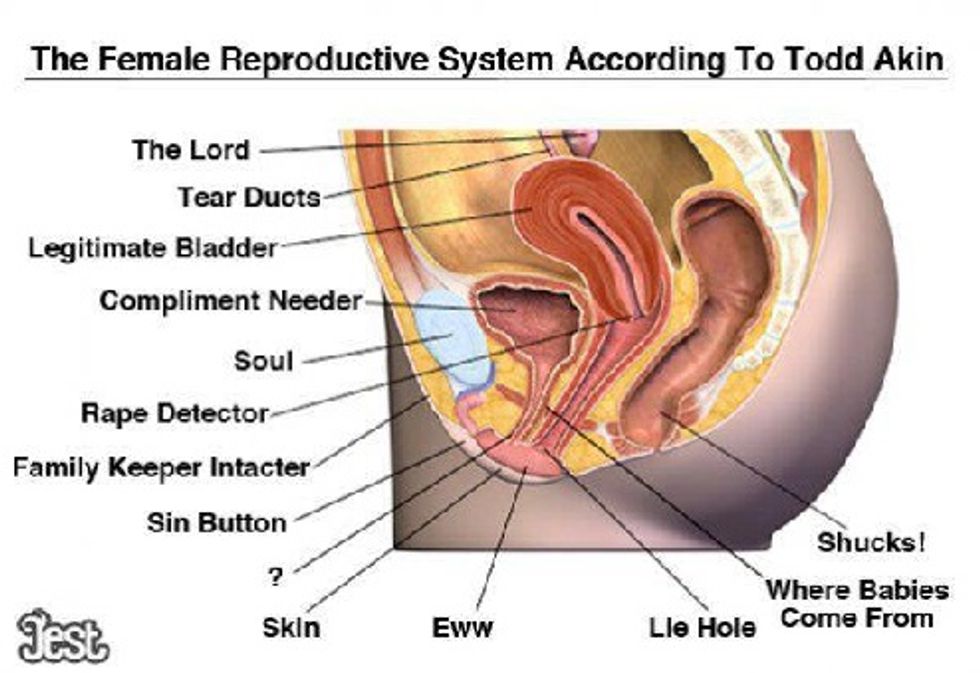 Oh, gee, is it that time of year again already? The time of year when some Republican dude opens his vomit-hole and spews some terrible words about rape? Let's check our calendar:

The West Virginia House of Delegates began moving a bill Thursday to ban abortions after 20 weeks of pregnancy. The bill is very similar to one that was passed last year, only to be vetoed by Gov. Earl Ray Tomblin.

The bill is one of 11 introduced so far this legislative session that seek to restrict women’s access to abortion.

Do the Republican menfolk in the West Virginia House of Delegates have any other terrific fresh thoughts on rape? Sure they do, according to Charleston Gazette reporter David Gutman:

We are well-versed in the various kinds of rape Republican dudes have invented in the tiny clump of cells that are their brains: legitimate rape, honest rape, easy rape, forcible rape, gift-from-God rape, "Is it really rape if it's your wife?" rape, et cetera and UGH.

However, "legal rape"? Pretty sure that's a new one. Maybe Del. Matthew Rohrbach is thinking of the term "statutory rape" -- which is still illegal, by the way, in case you didn't know. But given that these insights were offered by Republican men during a hearing to justify making it Not Legal for ladies to have abortions if they are more than one second into puberty, we are not going to give Rohrbach the benefit of the doubt whatsoever, sorry, nope.

Oh, is there even more terrible that came out of this hearing? Why yes, there is, because Republican dudes were talking about rape and abortion and lady health care, so of course.

Del. Eric Householder seems to want credit for being some kind of sensitive bro feminist because he's not afraid to say rape is bad, and thankfully, society finally agrees with him. What a guy. Be right back, having the medal engraved.

Except, bro, your own colleague just said, "Hey, come on, it's not that bad if you get a baby out of it." And the whole Republican Party is always all the time like, "Well, some rape is not that bad, in fact it's just fine, and you even get all kinds of perks, so what's the big effin' deal, right?"

And also, when you're comparing rape victims to aborted fetuses like it's the same thing, and saying the fetus should be protected from its mother -- the innocent rape victim you care oh so much about -- you are not a bro feminist, you are just another typical Republican dude saying terrible things about rape because that is what Republican dudes do, and according to the calendar, y'all were overdue.