What Did Trump Know, And When Did He Grab It By The Pussy? 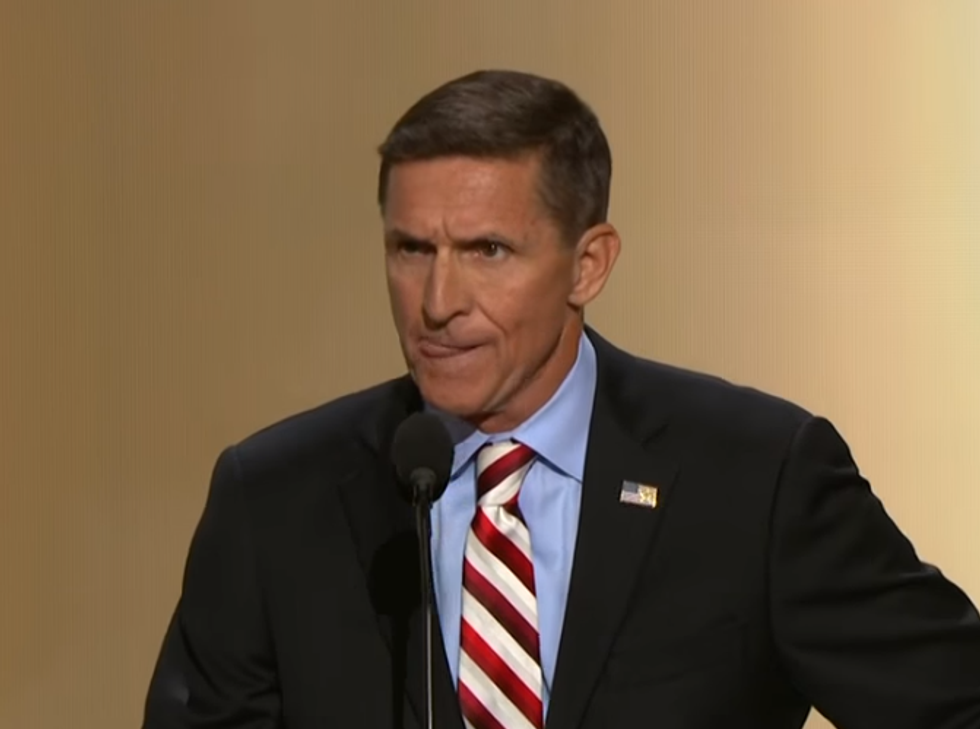 Just after Michael Flynn pleaded guilty to lying to the FBI and became a cooperating witness in the Robert Mueller investigation, the immediate and dumb reaction from White House counsel and very smart person Don McGahn was to cry that the former acting attorney general Sally Yates hadn't warned him HARD ENOUGH back in January that Michael Flynn, literal actual foreign agent, was a literal actual foreign agent, and also a crimer. Forsooth, Don McGahn was "shocked and furious" about that!

Thus folks started to focus on what exactly happened during those 18 days between when Sally Yates warned the White House Flynn was bad news and when Flynn was ultimately fired for "lying to Mike Pence." (Because to be clear, Sally Yates warned them HARD ENOUGH.) Things got especially interesting when Donald Trump changed his mind recently and tweeted that he had fired Flynn for lying to Pence and for lying to the FBI. And that brings us back to that age-old question,

What Did The President Know, And When Did He Grab It By The Pussy

Foreign Policyreports that Don McGahn sure seems like he knew something, since, according to documents the White House gave Robert Mueller, McGahn spent some quality time in January Googling things like "how big are these crimes Michael Flynn allegedly committed?" How very interesting:

... [I]n the very first days of the Trump presidency, Don McGahn researched federal law dealing both with lying to federal investigators and with violations of the Logan Act, a centuries-old federal law that prohibits private citizens from negotiating with foreign governments, according to three people with direct knowledge of the confidential government documents.

The records reflected concerns that McGahn, the White House counsel, had that Michael Flynn, then the president’s national security advisor, had possibly violated either one or both laws at the time, according to two of the sources. The disclosure that these records exist and that they are in the possession of the special counsel could bolster any potential obstruction of justice case against President Donald Trump.

And did McGahn tell Donald Trump how concerned he was about all this? According to these documents, he did!

It makes sense that McGahn would have been googling those things, since Yates's exact warning was that Flynn had been saying fibs about his meetings with Sergey Kislyak, then the Russian ambassador, which could have opened him up to Russian blackmail, as Flynn was caught on tape telling Kislyak not to worry about mean Barack Obama and the new sanctions he stuck on Russia in retaliation for the hostile nation's interference in the 2016 election, because the incoming Trump administration would fix all that once they were sworn in. There's your "Logan Act" and your "lying to the FBI" right there.

But Trump didn't get around to firing Flynn until, again, 18 days after Yates's warning, when everybody found out Flynn "lied to Mike Pence," who was apparently the only person in the entire administration who had no clue Michael Flynn was a flaming crimer.

What Did The President Know, And When Did He Pop A Tic Tac And Just Start Kissing It?

In related news, Andrew McCabe, deputy director of the FBI, told the House Intelligence Committee this week that former FBI director James Comey had filled him in, in real time, on all the times Donald Trump begged him to make a loyalty oath and begged him to stop investigating Michael Flynn, confirming all the accounts Comey has given thus far.

Would a quick timeline help you out?

January 26: Sally Yates goes to the White House for the first time to warn Don McGahn about Trump's dumb boy, Michael Flynn. Specifies she needs to meet IN THE SCIF, because she has top secret information to share.

January 27: Trump hosts James Comey for dinner, looks him deeply in the eyes, tries to get to third base with him (ALLEGEDLY), and ultimately asks him for a loyalty oath. Also, Sally Yates meets with McGahn for a second time.

February 13: Trump fires Flynn, for hiding his true feelings and Russian contacts from Mike Pence. Also maybe for lying to the FBI?

February 14: Trump begs Comey in the Oval Office to "go easy" on Flynn, by which he meant "stop investigating him."

We are not a lawyer, but boy howdy, that looks like some obstruction of justice shit right there. We're sure Robert Mueller will sort it all out!