What If Citizen Journalism Isn't All It's Cracked Up To Be? 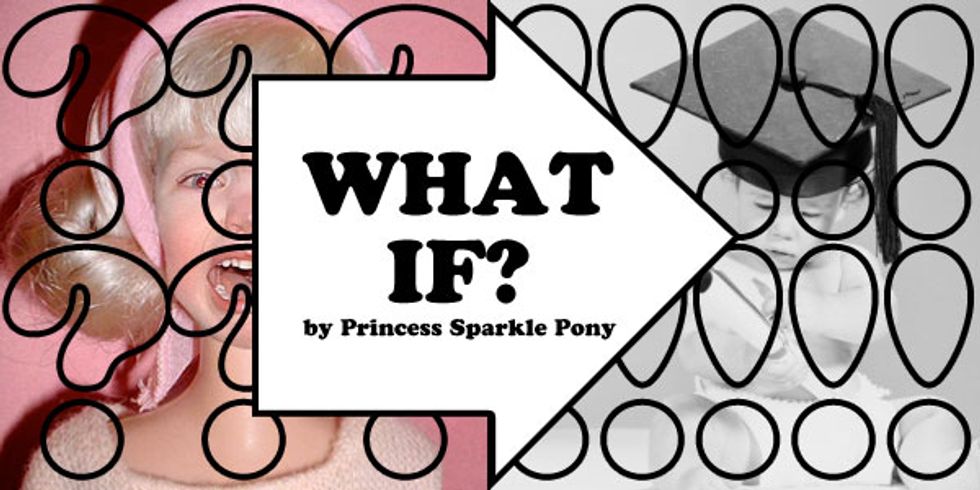 I pondered this definition for a while until I had a stunning moment of self realization: "Hey!" I exclaimed to nobody in particular. "That's me!" (You have to imagine me pointing to my chest, and then doing a total "O" face. Or do it yourself! It will help you empathize with the moment.) After all, I'm not a professional writer, but I do have the Twitters and even the Blogspots! That's what a citizen journalist is! It's me, me, me! So exciting. I'm thinking of making a costume.

Oh, sure, in my heyday I put the final nail in the coffin of a US senator, but now that citizen journalism is so hot, now what? I've got to step up my game! What if there were some resources for dunderheads like me who need some one-weird-tricks to take our citizen journalisming to the next level? Guess what? There are!

First, of course, there's new Wonkette megacrush, the delicious (but, admittedly, not nutritious) Chuck "Award-Winning Journalist" Johnson. Why, this dreamy dudebro is a buzzing one-man hive of citizen journalisticism. But his site, which is not a blog, wants YOU (and, presumably, ME) to get in on the action, too: "Got News is intended to transform journalism," Chuck promises, "by empowering everyday people and experts to break news." I'm getting the impression, however, that what Chuckles means by that is "empower everyday people and experts to do my work for me."

I have started this GoFundMe in an effort to turn the home of my Grand Parents into a camp and trainging facility for citizen journalism. The Sinclair Southern Estate Institute would be bought and owned by those who help fund this project.

I am looking for support in making Sinclair's Southern Estate Institute a reality. SSEI will be a 19 acre site in rural SC that will be built into a camp program for children as well as a hands on facility for young & old adults in the citizen journalism field as well as bringing people together to find solutions for our nations problems by working together.

So, OK, the Sinclair Southern Estate Institute doesn't exactly exist yet, but that's just because YOU haven't kickstarted his crowdfunding or whatever so GET ON IT so that I can get the trainging I need for the citizen journalist stuff. This "GoFundMe" thing is enticing as all hell, because if you give Mr. Sinclair $10,000, for instance, then you'll be "part owner of one half acre of the 19 acre project," and even though I don't know what, exactly, that means, SOUNDS GREAT! You guys! Do I have to remind you that this project is being run by Larry Sinclair, who Ben Smith described as having "a specialty in crimes involving deceit," and whose press conference was called "stupefying" by Seth Colter Walls and "a circus act" by David Weigel? I don't know about you, but studying journalism amidst a stupefying circus act with a specialty in crimes of deceit in South Carolina sounds like loads of fun. On the other hand, Sinclair just announced that he's shutting down his "news service" (who knew?) because he doesn't want to make "cozy deals with individuals or organizations for favorable coverage," which I think means "no more blowjobs for you, Obama," so maybe he isn't the best choice after all.

I could go to a citizen journalism seminar/workshop like the one hosted by the Maryland Conservative Action Network, like this one they put on a couple of years ago. Luckily, they have a bunch of their materials online, so we can all bone up (no homo). For instance, did you know there are only five steps to becoming a citizen journalism? The first step is, naturally, "develop a brand," and I've got that covered: screaming barbie head! Done. The next step is "become an expert," so forget it. Next!

How about just asking James O'Keefe? James, how do I succeed in citizen journalism? "You have to get covered by the mainstream media," says O'Keefe. "That's what success is."

About.com has some suggestions for getting ahead is citizen journalism, but as soon as they got to "A lot of legwork is necessary to produce solidly reported stories," they lost me, because I don't get how you have to work on your legs to Google Wikipedia, which is good enough for the New York Times, so why can't it be good enough for me?

You know, all this stuff is just TOO HARD, so I'm just going to go back to "making shit up," OK? Done.