What Should Tennessee Do About Kid Who Shot Girl Over A Puppy? How About 'Day-Drink'? 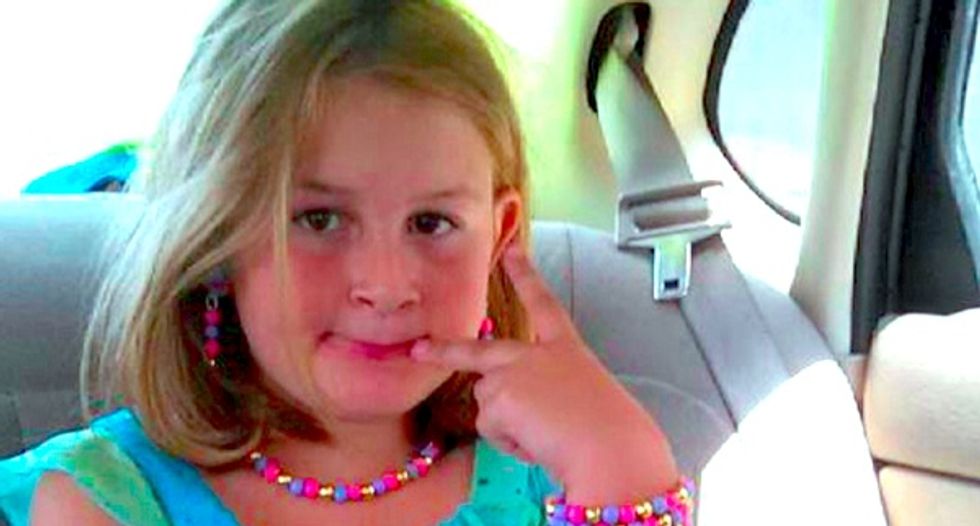 Good god we can't even

[contextly_sidebar id="V8JT5ZyRjDrnPD26Xk5mUufsqILSwZza"]You might have thought last October's story about the 11-year-old Tennessee boy who murdered an 8-year-old neighbor because she wouldn't show him a puppy was one of the bleakest things Yr Wonkette wrote about in 2015, and it was. And now that the boy's been convicted in juvenile court, there's even more awfulness: The State of Tennessee has no earthly idea what to do with the 11-year-old gunman ... gunchild? ... because he's too young for the state's "youth development centers" -- which is a hell of a fine euphemism for juvenile prison, though it sounds too much like a fish hatchery for our taste. The Knoxville News-Sentinel reports that the boy has been "ordered into the custody of the state Department of Children's Services until the age of 19" by Jefferson County Juvenile Court judge Dennis “Will” Roach II, although what sort of rehabilitation and treatment you come up with for an 11-year-old who shot another kid in the chest with a shotgun was not specified.

As you may recall, this nightmare happened in October in White Pine, Tennessee. Eight-year-old McKayla Dyer was playing with her sister and another girl when the boy, her neighbor, asked her to show him a puppy he'd seen her carrying earlier. She refused, so he went and got his father's shotgun, aimed it out the window of his mobile home, and killed her. Following the shooting, the News-Sentinel reports, he threw the shotgun and a pellet pistol out the window. In a detail we hadn't previously known, the boy's parents were at home at the time of the shooting, but didn't come out of their home until Jefferson County deputies arrived, and now we hate all of humanity and want our entire species spayed and neutered. We're done here; let the squirrels or dolphins evolve and see if they do any better.

Note to the National Rifle Association about the effectiveness of firearms safety training for kids: Apparently, it doesn't always take. KXAN TV reports Judge Roach said the boy "had been trained in firearm safety and had been taken hunting by both his father and grandfather." Possibly something may have been overlooked in the "never point a gun at a person" department.

And exactly how depraved is this kid? Pretty messed up; a copy of the juvenile court order obtained by KXAN says that after the shooting, the boy "laughed at the girls," and that while the boy's mother heard the shot, she didn't go to help the victim. The order says that the boy

is in desperate need of help, and our society has a great need for [the boy to] receive it [...] A child who commits first-degree murder cannot be willy-nilly turned loose into society.

[contextly_sidebar id="2E8j3YLNc9uHIgQBYVj5GVWCs8XUvs3m"]The News Sentinel reports that the boy's five siblings have been taken from the home by the Tennessee Department of Children's Services (DCS) and placed with relatives. According to 4th Judicial District Attorney General Jimmy Dunn, the case is not yet closed; Dunn is reviewing the case to determine whether anyone else might be charged, but did not specify whether that includes the boy's parents. As we noted in October, Tennessee law has no requirement that guns be kept locked up (a measure the NRA opposes whenever it's proposed), and the state is pretty squishy on the parents of kids who go and murder someone with a gun:

Tennessee law only allows for the prosecution of parents for providing a handgun to a minor if they know of a “substantial risk that such juvenile will use the handgun to commit a felony,” or if any person over the age of 18, including parents or guardians, knows of a juvenile illegally possessing a firearm at a school or school athletic facility, and fails to report it to law enforcement, according to the Law Center to Prevent Gun Violence, which adds, “Tennessee does not otherwise impose criminal liability on adults who allow children access to firearms.” Probably because they trust Responsible Gun Owners to behave Responsibly, as they always do.

Wouldn't want to infringe on anyone's God-given right to have a boomstick on hand at all times, after all. But maybe there's some kind of law against failing to help the eight-year-old girl your son has just shot to death.

As for the boy, DCS spokesman Rob Johnson says the state is still trying to figure out what to do with him:

"Like any other child, we will conduct an assessment on him to determine his needs and the best place for him," Johnson said. "At this time, it would probably be a placement with a private provider. An 11-year-old is too young to place in one of our youth development centers."

[contextly_sidebar id="WB41ei2ySsKI6APdAi8LSbWUbYEWdWnv"]Knowing how well our great nation's juvenile justice system works, we're certain the boy will get the help he so clearly needs, and that his parents will no doubt eventually get their other five spawn back eventually, after they take some parenting classes or something. Let's hope they also get their guns back, too, because Tennessee is clearly a dangerous place where a family needs a weapon to protect itself from armed sociopaths.