What We Learned From The Nice Libertarian Fellows At 1:30 In The Morning In A Detroit Hotel Bar 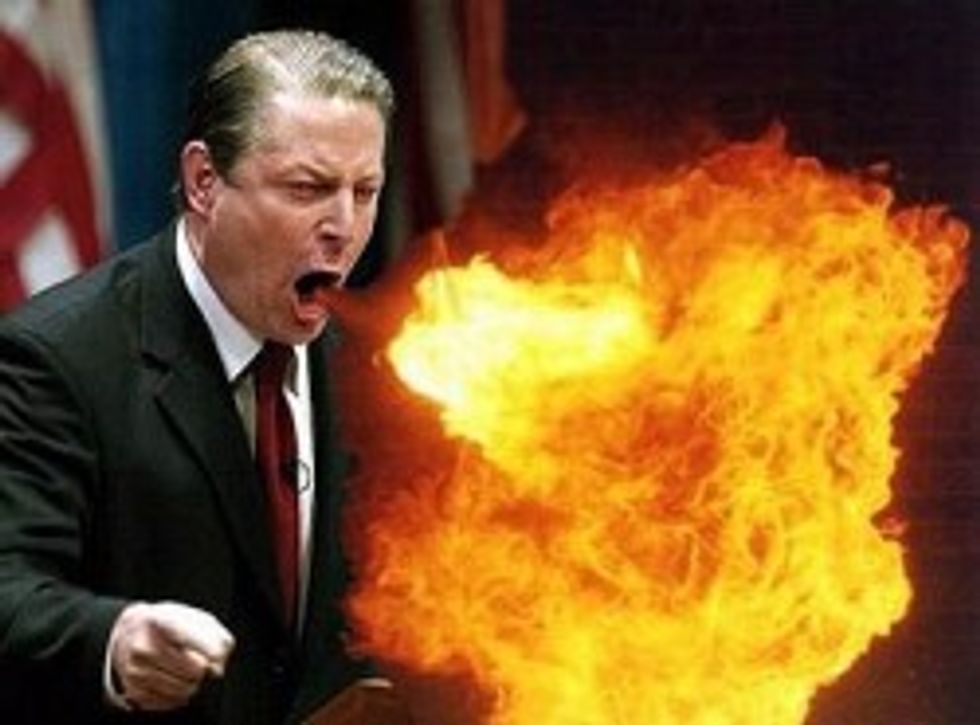 We tricked you! The nice Libertarian fellows in the Detroit hotel bar at 1:30 in the morning were not nice at all! They were stupid fucking idiots! But we learned a lot from them anyway, like so:

* Al Gore lied about being the basis for the main character in Love Story.

* If someone calls out both of these statements as the complete lies of fucking idiots and explains succintly why, all of a sudden the conversation will mysteriously turn to the size of Al Gore's house. Also, he flies on planes.

* There is no room for federal jurisdiction over any civil rights matter, including such basic rights as being able to marry a black person if you are white, and vice versa.

* Libertarian dudes looooove them some commie chicks what are hanging out and yelling at them in the Detroit hotel bar at 1:30 in the morning. Even though said Libertarian dudes already come accessorized with wedding bands.

* Sometimes they fall down.

* It is cute to ask a question and then literally before you have closed your mouth on that question to yell TIME'S UP! This is adorable and in no way disgusting and awful and will not make people want to punch you in your fat Libertarian face.

* When another reeeeeeallly drunk dude at the bar comes over to the group of newspaper people with whom you have settled to finally get away from the Libertarians and then gets thrown out for dreamily offering to "fuck your face off," you will actually find it less offensive than the Libertarian dudes saying that any kind of market regulation whatsoever will destroy the economy, and so we must let the children die from hexavalent chromium because "free market," and we should all be living in free-market-paradise Somalia. More serial-kill-y, sure, but still less offensive.