When Will God Stop Forcing Ben Carson To Run For President? 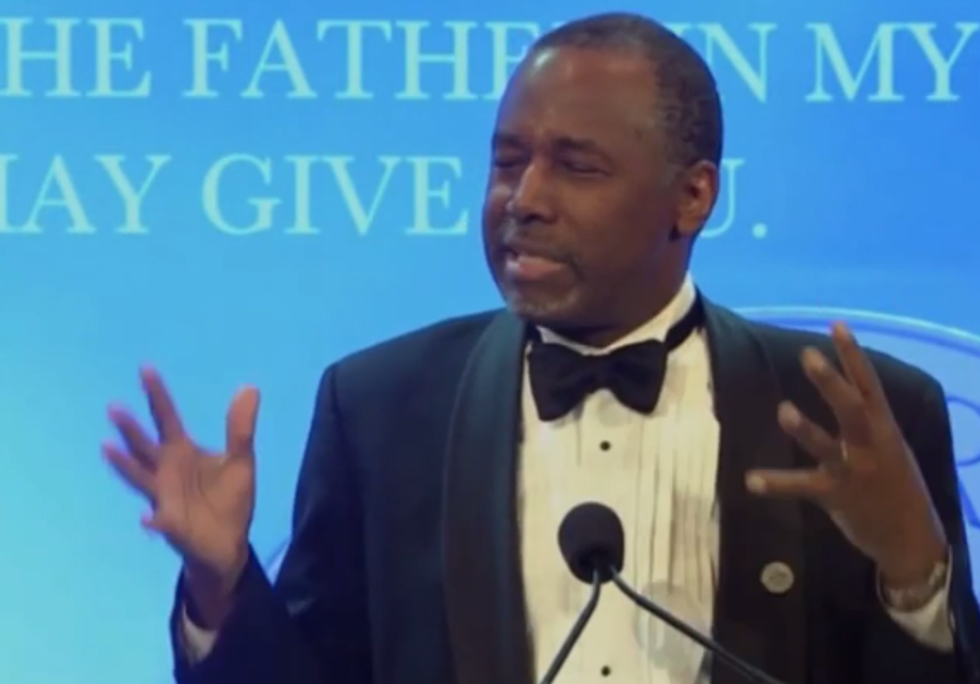 THESE REPUBLICANS, right? Ted Cruz explained recently that he hates running for president so much, but he has to do it, because God anointed him with Holy Spirit juice, and he's the only hope we have to save America. Apparently, Almighty God is hedging his bets like a Wall Street Bank Whore, because He is ALSO forcing Ben Carson to run for president. Carson explained to Iowa voters that he doesn't like running for president, he is having a very bad time, and he just wants to go home to Florida and be a rich old retired fuck, but, dammit, GOD HAS A FUCKING PLAN FOR HIS LIFE:

"I really don’t want to do this, to be honest with you. I was looking forward to a relaxing retirement, you know, we bought a beautiful home in Florida on a golf course. And I bought a organ, because I always wanted to learn how to play the organ. I have all these books that I've been saving for years, that I was gonna read when I retired. I was gonna see all the movies I never saw. People were always shocked. 'You never saw The Godfather? You never saw Rocky?' [...]

But I think the good Lord had a different plan, and I finally said, 'Lord, I don’t want to do this, but if you’re going to open the doors, I will go through with it.'"

Goddammit, Lord, why must you forsake Ben Carson so much? He wants to go to the movies! You already made him do medical school and become the bestest neurosurgeon in the world (no, seriously, good call, Heavenly Father, because Carson is actually good at that), and now you're forcing him to make an ass of himself by losing the Republican primary. Why are you so bad at picking presidential candidates, Father God? Is it because Satan has already endorsed Hillary, which means you can't endorse her, because there is still so much drama between you and Satan?

2016 can't get here fast enough, if only because we're a mite concerned all these GOP candidates are going to bleed out and die of stigmata-related injuries.