Which Committee Is Blowing Goats Instead Of Investigating Trump-Russia Today? 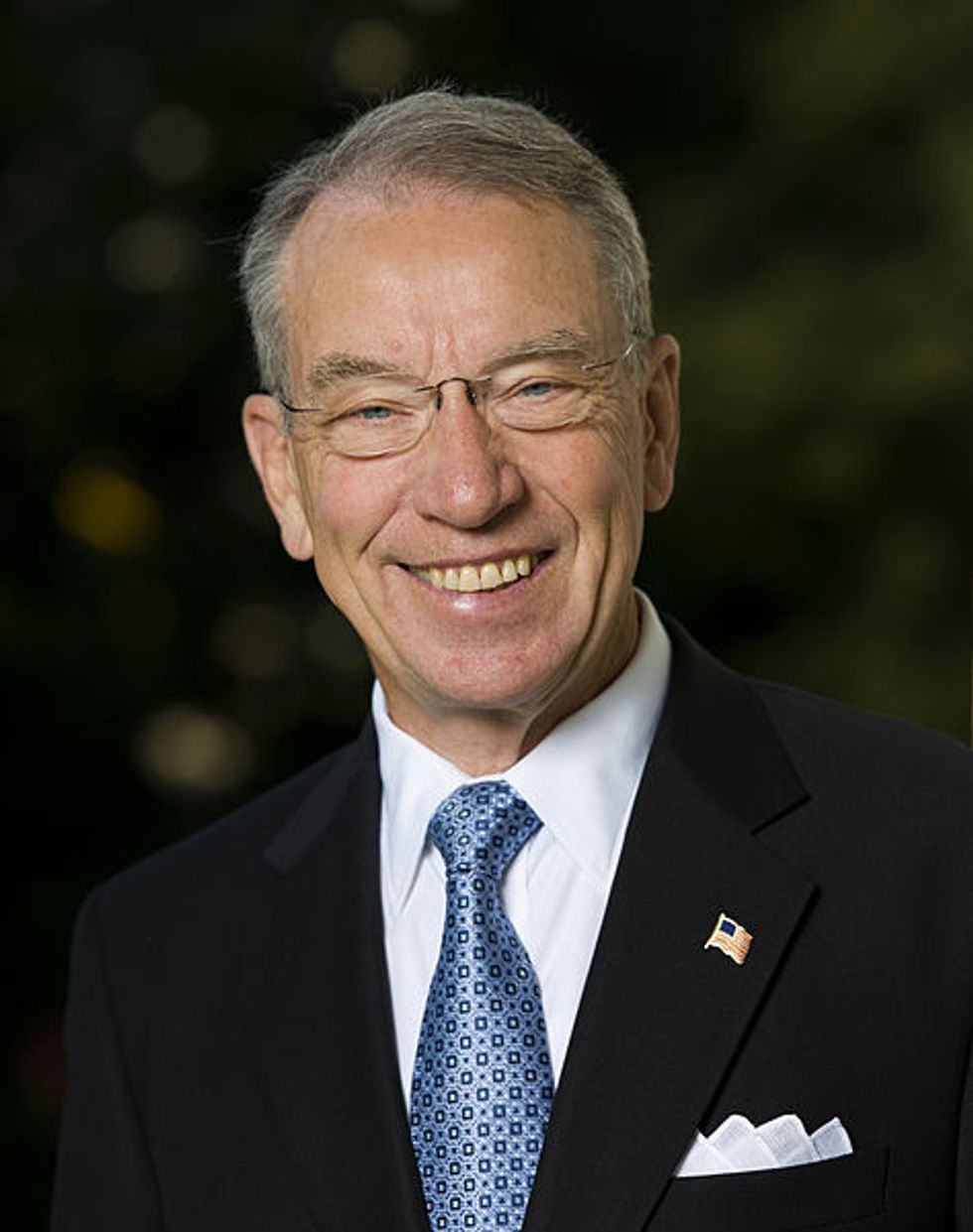 SPOILER IT IS THE ONE CHAIRED BY THIS DUMBASS.

Guys, things are looking bad in Congress for the Trump-Russia investigations. (Who would have thought letting the craven, unpatriotic GOP control the entire government might be a bad idea?) We've learned recently that the House Intelligence Committee is basically running two separate Russia investigations now -- one into the actual Trump-Russia deal, led by the Democrats, and one into whatever Donald Trump whispers into Devin Nunes's butthole that day. Nunes, the chair of the committee, also announced Tuesday that three House committees are actually literally starting new Hillary investigations in order to distract from Trump and Russia.

Now, Mother Jones reports that Senators Chuck Grassley and Dianne Feinstein, the chair and co-chair of the Senate Judiciary Committee, have officially split up, and will each pursue their own investigations, because it's hard to keep a relationship together when only one person in the couple loves America:

The committee’s once bipartisan investigation into whether President Donald Trump obstructed justice or his campaign colluded with Russia has hit a partisan wall, with Republicans and Democrats saying they will now conduct their own probes. “We made the decision to go and carry it out ourselves,” Feinstein told Mother Jones on Tuesday. “They can go ahead and do whatever it is they wanted to do.” A Grassley spokesman also said the chairman had decided to proceed with a Republican-only investigation.

According to Feinstein, what little taint of bipartisanship they had left went to hell in recent weeks, as Chuck Grassley became obsessed like a dog with a bone with whether HILLARY did URANIUMS to RUSSIA with her EMAILS, which is coincidentally what the new House investigations are about. Guess Chuck Grassley has been having unsupervised sleepover dates with Devin Nunes and Trey Gowdy. Did they get the old coot nekkid and work him into into a Hillary-hating tizzy until his face looked like this?

We wouldn't be surprised, as that does sound like something Nunes and Gowdy would do.

We kind of already knew this was happening. Grassley, the official Stupidest Person In The Senate [intense debate commences in chat cave comparing stupid merits of Grassley and James Inhofe, a debate that will have no end], has been obstructing justice for Trump the entire time, holding hearings to try to discredit the Steele Dossier, which alleges yooge collaboration between the Trump campaign and Russia. Because Grassley is very stupid, he probably took the very obvious news that people close to the Hillary Clinton campaign funded Steele's work to mean the dossier is OFFICIAL FAKE NEWS.

In short, Grassley officially breaking things off with Dianne Feinstein so he can gay marry Donald Trump in Russia just makes official what was already clearly happening. Feinstein, the leader of the minority on the committee, will continue trying to figure out if/why we have a Russian intelligence asset in the White House, and Chuck Grassley will start the hard work of orally pleasuring every ear of corn in his home state of Iowa before he dies, or whatever it is he's doing. Wonkette honestly doesn't know how Chuck Grassley spends his "me time."

Over in Senate Intel, GOP Chairman Richard Burr and his Democratic counterpart Mark Warner have been trying to give the appearance of doing a real investigation, but there have been worrisome signs, like Burr claiming he's "hit a wall" in verifying the Steele Dossier. That "wall," as it turned out, was most likely just an argument over whether Christopher Steele would reveal his sources and methods. (We kind of understand one million reasons why he might not want to!) Burr did let it slip, though, that they haven't been able to debunk one single thing in the dossier, and they've corroborated and reconstructed a good bit of it. On the other hand, as David Corn points out out at Mother Jones, Burr won't even co-sign the intelligence community's 100% for sure conclusion that Russia fucked with our election to help Donald Trump.

But, um, maybe they're doing a real thing over there in Senate Intel, hopefully, we guess. HELP US, SENATE INTELLIGENCE COMMITTEE, YOU ARE OUR HOLY HOPE.

Just kidding, special counsel Robert Mueller is our REAL only hope, so everybody please say a prayer for him right now.