Which GOP Senator Said Trump Should Do Therapy Instead Of Press Conferences? Let's Speculate Wildly! 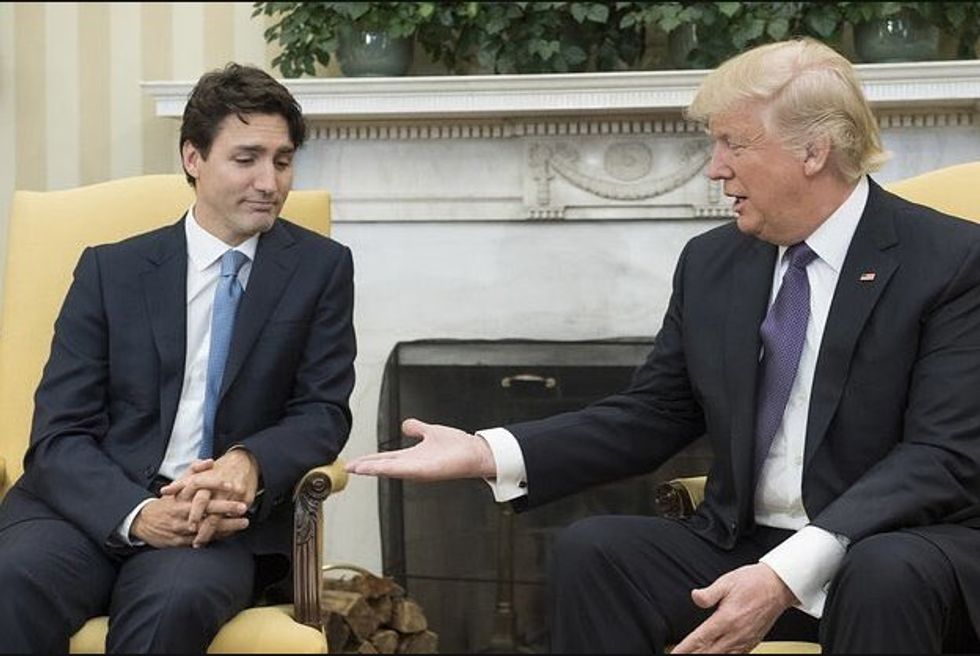 OMG LOL, after Donald Trump's crazy-ass meltdown of a press conference Thursday, all the fake news-ers at CNN were sitting around asking each other "WTF was that?" and John King broke a little bit of news of his own! Turns out an unnamed GOP senator texted him during the presser and it was a dick pic from Nebraska's Ben Sasse, HAHAHA JUST KIDDING, though he is cute in that evil GOP sort of way. This is what happened:

“I got a text from a couple of Democrats during the thing, who of course are not inclined to like him,” King said Thursday, “But I got a text from a Republican senator who said in this text, ‘He should do this with a therapist, not on live television.’”

As Mediaite reports, King never said who it was, but suggested it's somebody who's always hated Trump. Let's wildly speculate who!

John McCain: He definitely hates Donald Trump! But we're not sure how good at texting McCain is, due to 100,000 years old and fingers sticky from all the butterscotches.

Marco Rubio: Take THAT, Donald Trump, this is payback for calling him "Little Marco" so many times!

Ted Cruz: We highly doubt Ted Cruz believes in therapists, as they are not listed in the Bible, and besides if the word "therapist" was allowed in the Cruz household, his wife might get one and then it would be Divorce O'Clock. It wasn't Ted Cruz.

Lisa Murkowski or Susan Collins: Those ladies don't like Trump very much, but according to Mediaite, it was a HE senator, not a SHE senator, so we guess neither of these two was the one throwing shade.

Joni Ernst: When Joni Ernst was a child, she had to walk uphill five miles both ways wearing nothing but bread bags on her feet in order to go see a therapist, and by "therapist," we mean she was on her way to castrate a hog. Also, she likes Trump and is a lady like Murkowski and Collins, so not her.

Ben Sasse: It was a text about Donald Trump's mental health, not a dick pic! (N.B. We literally have never heard of Ben Sasse sending dick pics, we just think he is cute and are making this joke for literally no reason.)

Joe Manchin: Silly Wonkette, Joe Manchin is a Democrat, just kidding no he isn't, not really.

In conclusion it was Rand Paul, unless it wasn't, in which case it was Orrin Hatch, unless we're wrong on that too. GAH WHO WAS IT, WE CAN'T FIGURE IT OUT.

It was Lindsey Graham.