Which Part Of Politico Are You Most Excited To Pay To Read? 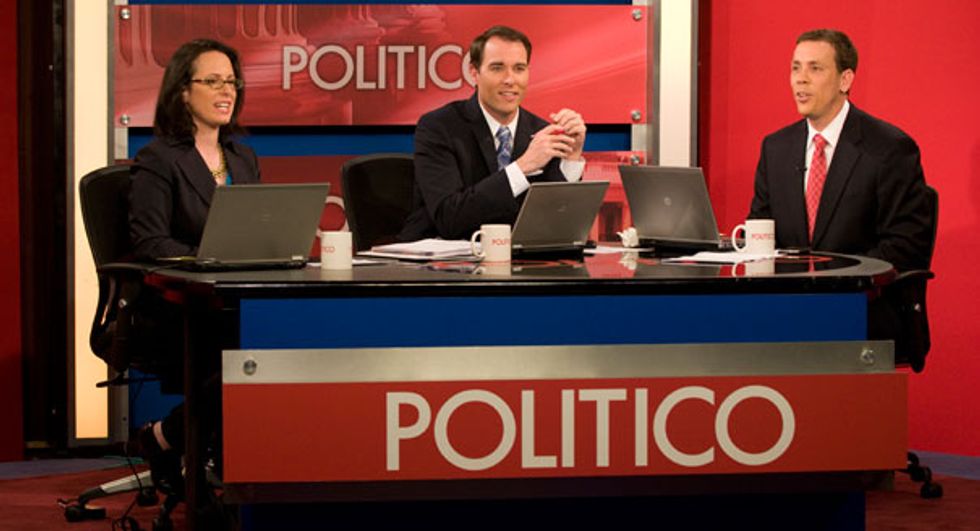 Last week, we went to a thing called "How to Monetize Content on the Internet" that washilariously useless. The four men (because duh) on the panel each had a minimum of like 20 million unique users per month, so they did not have any actual advice for people with puny 500,000-person monthly readerships. Also, they mostly swung their dicks at each other (because duh) about their number of readers, and one guy has an online casino and LITERALLY SAID all of the following things:

In a two hour panel, there were actually only five pieces of concrete, usable advice offered by the panel: "be the 'smartest guys in the room,'" (though they forgot to mention Enron); advertise to get more traffic; stop selling advertising because advertising does not work; "google 'business models on the web,' there are a ton of them"; and charge for content.

Right, so anyway, Politico is going to start charging for content. How much would YOU pay to read Joe Scarborough's Coffee Talk, or to watch Jim Vandehei and Mike Allen interview each other? ALL OF IT? You would pay ALL OF IT? US TOO!

Oh right, no we wouldn't. We forgot.

It's not that we have anything against Politico -- we mean, they write dumb shit constantly, but who doesn't?

And we are all for people getting paid -- even Jim Vandehei!

We are also not against people putting up a paywall, if that is what they would like to do. But we will never do that to you, dears, because so many of you are senior citizens living on catfood and socialisms! Also, because we just don't feel right charging for dick jokes.

Nope, instead this is just here to remind you that WE TAKE DONATIONS, and some day -- WE SWEAR IT IS GOING TO HAPPEN -- we are going to get our shit together to do a popup ad that yells at you to give us all your muneez, VOLUNTARILY.

Oh, and to answer the question in the headline, which we guess we did not get around to because really who cares: the answer is none. None most excited to pay to read. But then, we really don't read it now. :(