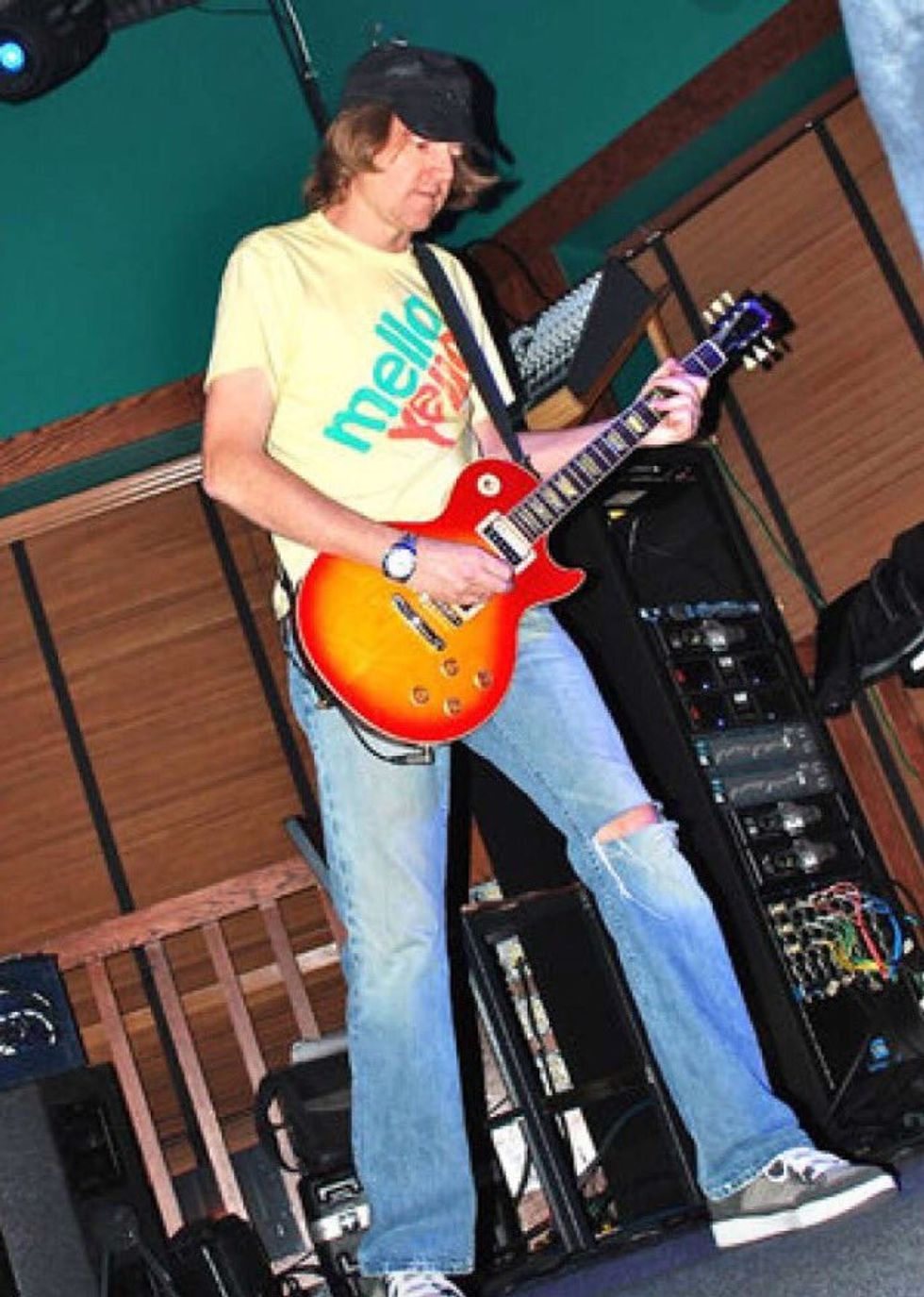 How YOU doin', White House Counsel Don McGahn? Feeling good about your life choices right now? Still glad you took that fancy job? Or are you feeling like the proverbial boiled frog, since you seem not to have noticed the temperature inching up until you were well and truly cooked?

Let's Lawsplore all the ways that Donald Trump's White House counsel is in deep shit, particularly if Democrats take back the House this fall and start holding real hearings.

(NB, your FDF is a lawyer, but not in this area. There are always knowledgeable lawyers who comment, so thanks in advance Law Wonks! School us good, learned hands!)

Speak Into The Microphone, Mr. McGahn

Remember that Firin' Your Ass, Comey! memo that POTUS wrote with Jared Kushner and Stephen Miller in New Jersey? The one that mentioned the Russia investigation in the first line? The one that they presented to all the White House lawyers, including McGahn and Rod Rosenstein? The one that those lawyers put in a folder marked Illegal Shit We Gotta Stop That Idiot From Doing (ALLEGEDLY), before drafting a new You're Fired Memo saying Comey had to go for being mean to Hillary? You know who remembers all those things?

ROBERT MUELLER, THAT'S WHO. And he's got questions for Don McGahn, who had a front row seat to the shitshow. Also, too, the Special Counsel might be curious about Don McGahn's efforts to stop Jeff Sessions recusing himself from the Russia investigation. Was the president trying to keep his "Roy Cohn" in place to obstruct the FBI inquiry?

Not a good look, McGahn! You're now a fact witness in an obstruction of justice investigation of your own client. Which is generally frowned on, see Rule 3.7 of the ABA Model Rules of Professional Conduct. But YOU DO YOU.

By the way, exactly who IS your client?

The White House Counsel represents the president in his official capacity. But he does not represent the president personally. Which means that Don McGahn doesn't represent Trump or anyone else with respect to, oh say, any shady Russia shit that went down during the campaign. In fact, if the president has a conversation in Don McGahn's hearing about campaign activities or investigations of his interesting business connections in the former Soviet Union, that conversation is not privileged. Ditto for any conversations about who sent Mike Flynn to go talk to then-Russian ambassador Sergei Kislyak about bouncy Russian sanctions during the transition period.

This White House has decided that executive privilege involves any conversation with or about the president, a view so expansive that it even managed to piss off Trey Gowdy. Knowing that this bullshit will never hold up in court, the White House has insisted that they are not actually asserting executive privilege, they are preserving the president's right to do so in the future! Which is some clever fuckery, we must admit. They're betting that House Republicans, being craven whores, won't call their bluff. But one day that curtain will get pulled back, and if it reveals a steaming pile of illegal shit, these sham invocations of privilege are going to look a lot like efforts to cover up a crime.

McGahn has already been interviewed by Robert Mueller, and several congressional committees have swiped right to spend hours and hours getting to know him better. McGahn is represented by DC lawyer William Burck, who also represents Reince Priebus and Steve Bannon. We speculated the other day that Burck was taking instruction straight from McGahn when he refused to allow Bannon to answer questions in the House Intelligence Committee. In fact, Burck was speaking to McGahn's deputy Uttam Dhillon. (Feel free to speculate wildly as to whether McGahn finally shouted I HAZ A CONFLICT and recused himself from that conversation.)

Superfans will remember that Dhillon was the OLC attorney who deliberately misled the president about the legality of firing James Comey. Which means that Dhillon may well become a witness himself in this investigation. And yet, he's instructing Bannon not to answer questions about the firing?

And just to make it more fun, Uttam Dhillon's wife, Janet Dhillon, was nominated by Trump for a post at the Equal Employment Opportunity Commission. And McGahn's wife, Shannon McGahn, just left a senior post working for Steven Mnuchin at the Treasury Department to return to her old job on the House Financial Services Committee working for Republican Jeb Hensarling. Well, isn't that special!

Are your eyes glazing over with all this lawtalk? Let's summarize.

As your FDF's badass mom (herself a superlawyer) always says, "You're a lawyer, not a prostitute. YOU CAN SAY NO."

Please give us money! We will make sexy lawtalk, but not sex. Because, we always listen to Momma FDF.