White House Thinks Holocaust Was Sort Of A Bummer, It Guesses 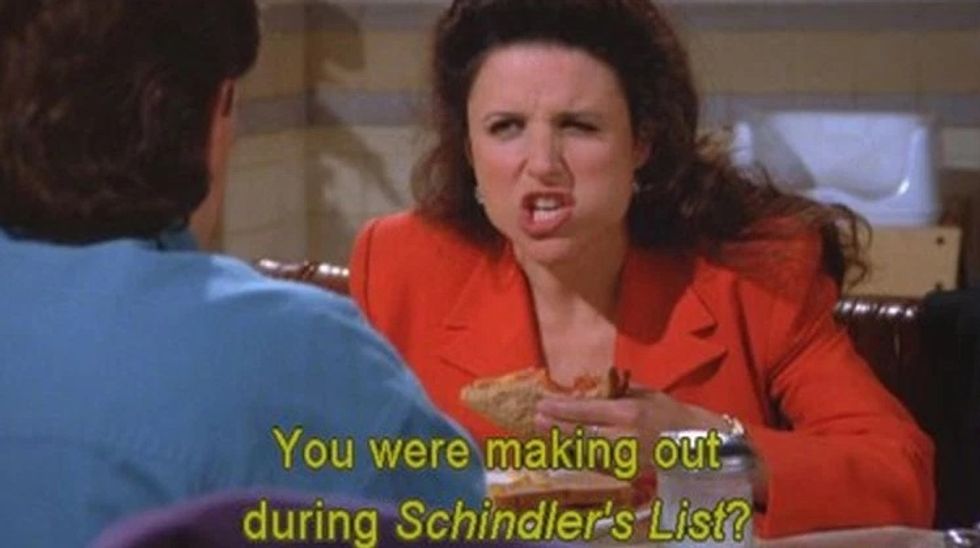 It's been a stressful first week on the job for everyone at the White House, but even so, we don't think that's any reason to not take your work seriously, especially not when it comes to issuing a presidential statement for Holocaust Remembrance Day. It's the kind of thing you want to run by a couple of readers before you send it out, just to make sure you didn't have a typo or an infelicitous phrasing, or forget some minor detail. You know how touchy people can be about that sort of thing.

Apparently whoever wrote this official statement "by the President" didn't ask anyone to give his draft a second read. As BuzzFeed's Chris Geidner says, "This ~probably~ needed another edit":

Bad enough that the whole thing sounds like a seventh-grade report on the Holocaust, which was very bad. And that third paragraph is weird -- you probably shouldn't include any combination of the words "we will make love" in a message about remembering the Holocaust. So that's a thing.

Let's see, anything else? Hmmmm.

OH! Maybe you could mention the Jews. Not a really good Holocaust remembrance if you forget the Jews. Yes, yes, we know, the Nazis murdered Roma, gays, people with disabilities, communists, political prisoners, and lots and lots of Slavs and Russians, too. But a lot of people think it's a good idea to mention the Jews when you're doing the whole Holocaust Remembrance thing. Hitler didn't hold the Wannsee Conference to plan "evil" in general.

Yeah, there goes the lamestream media again, nitpicking every last little thing and being divisive with all the identity politics. They'll probably expect the official statement for Martin Luther King's birthday to mention he was black.

Then again, at least they didn't outsource the job to Steve Bannon, who might have run it with an illustration of Pepe the Frog shoving Jewish journalists into a gas chamber.