White House Vegetable Garden Going To Seed, But Where's The March For That? 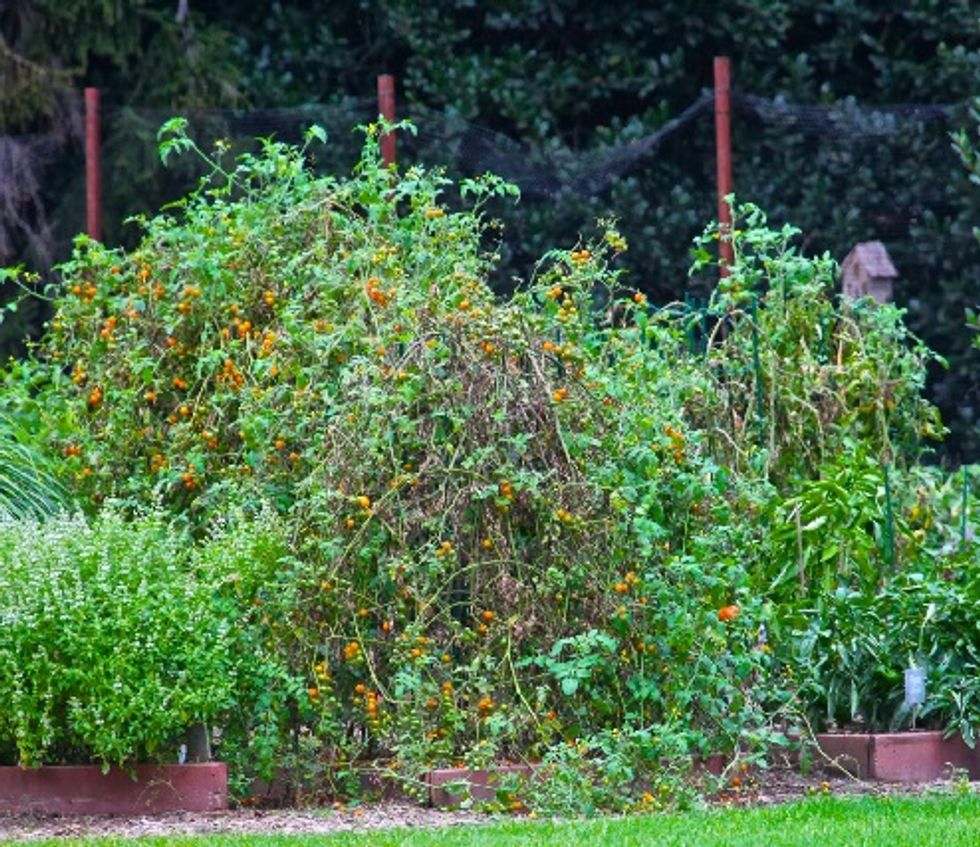 Amid the other atrocities occurring as a result of the gummint shutdown, count the White House vegetable garden a casualty. Politico reports on a story by food blogger Eddie Gehman Kohan, who reviews the damage:

“The vegetables filling the 1,500 square-foot plot are now rotting away on the vines and in the boxed beds, thanks to the mandate for ‘minimal maintenance’ placed on the skeletal crew of National Park Service gardeners who remain on duty at 1600 Penn.,”

Worse, gangs of squirrels, alleged to be associated with Tree Party activists, have moved aside the teensy weensy barriers around the garden and are having a field day pillaging the cherry tomatoes, as seen in the photo above. (Their itty bitty protest signs are still more accurately spelled than those outside the White House, however.)

Since the shutdown rules only allow for minimal maintenance -- just watering, no weeding or harvesting -- Gehman Kohan reports that the sweet potatoes are unsalvageable and have been reduced to "worm food," while weeds and mushrooms are popping up in the vegetable rows that are usually kept neat enough to be featured in foodie magazines. The tomatoes and basil are rioting, and threaten to overwhelm the entire DC metro area:

Gehman Kohan also noted that urban wildlife gangs have obviously sent flash mob messages to each other, and are converging on the beleaguered garden:

“The squirrels are always a problem in the garden, eating the berry crop in the summer months. But they’re now kids in a candy store, gorging themselves.”

And where is alleged dog, Bo Obama, during all this? Probably staying inside with his Koran, watching the garden go to hell, just like his -- and our -- tyrannical master.

In what may be an actual scoop, maybe, we hope, Gehman Kohan notes that while the harvests have interrupted deliveries from the White House garden to DC nonprofit Miriam's Kitchen, which feeds the homeless, the head of the organization provided a tip that could be good news:

“Miriam’s President and CEO Scott Schenkelberg on Thursday told Obama Foodorama that he’d just been advised by one of the First Lady’s aides to expect a delivery of Kitchen Garden vegetables ‘at the end of the harvest season,’ sometime in late October. That means one thing: The shutdown will be over.”

Asked for comment on the shutdown and its possible long-term effects, an expert on the subject advised calm:

As long as the roots are not severed, all is well. And all will be well in the garden ... In the garden, growth has it seasons. First comes spring and summer, but then we have fall and winter. And then we get spring and summer again ... there will be growth in the spring.