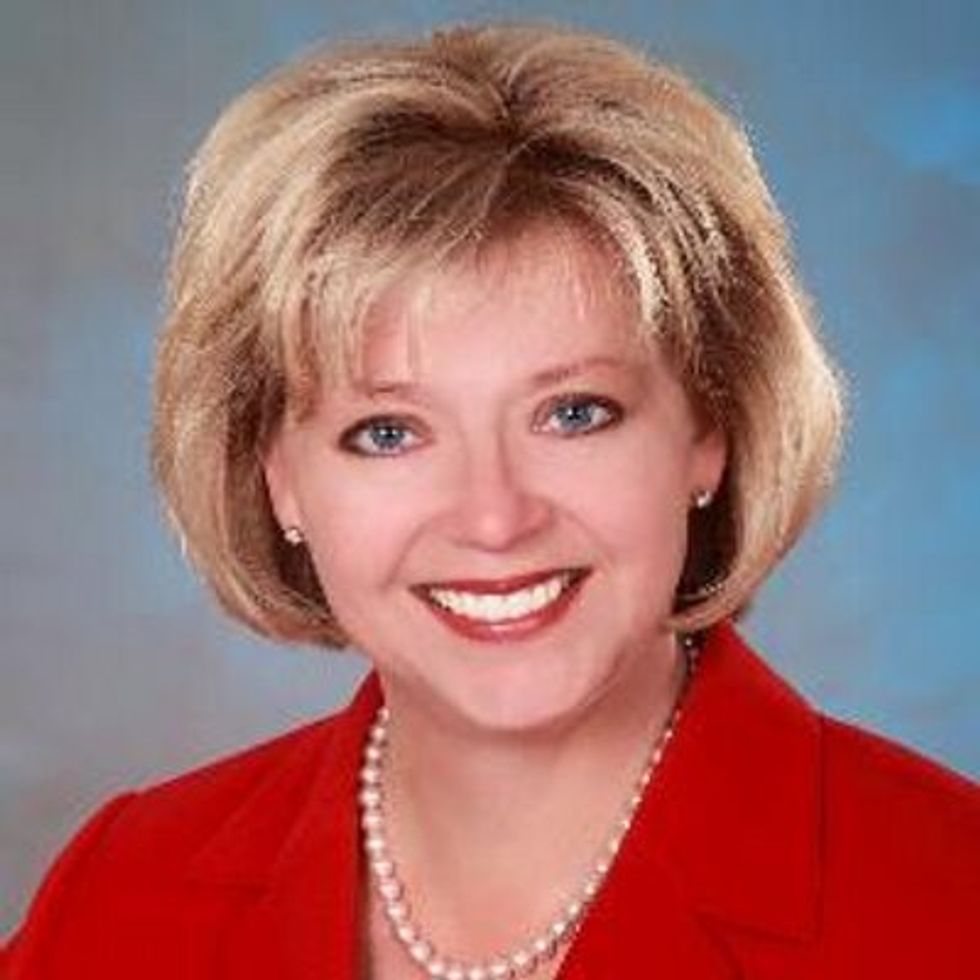 Wonkers, meet a nominee for the coveted Legislative Shitmuffin Of The Year prize. Her name is Rep. Janet Adkins, and she is a Republican congresslady from Florida. Is she a asshole? Well, if she kisses her own ass with the mouth that said this idea, then yes, she is:

In a private gathering during last month’s Republican Party of Florida quarterly meeting, state Rep. Janet Adkins told a group of North Florida GOP activists that the key to defeating Corrine Brown, a black Jacksonville Democrat, is boosting the number of black prisoners in her district.

“You draw [Brown's seat] in such a fashion so perhaps, a majority, or maybe not a majority, but a number of them will live in the prisons, thereby not being able to vote,” said Adkins, a Nassau County Republican, referring to black residents.

Oh, we think we see what she is saying! You draw everything all cattywampus so all of a sudden, Rep. Brown's district is full of not just The Blacks, but The Blacks who are currently in prison and thus not eligible to vote! Just kidding, we did not have to translate that for you, as Rep. Adkins didn't really mince words.

But come on, you're saying, surely this isn't the strategy she wants out there in the press. And you are right! Because just before she said her racist fuckpuddle of an un-American, un-democratic idea, she said this:

Of course, according to Politico Florida, Rep. Brown's district was ALREADY gerrymandered all to fuck (so badly that it was ruled unconstitutional), and then the Florida Supreme Court ordered new lines drawn (by Republicans), which just made it worse:

On maps passed by both the House and Senate during an August redistricting special session, lawmakers redrew Brown’s seat to stretch west from Jacksonville to the Tallahassee region. It currently winds from Jacksonville to Orlando and is considered one of the most gerrymandered seats in the country.

And for SOME reason, Brown doesn't like the new map, because then the share of eligible black voters in the district would drop even more, partially due to how there are 18 prisons in it. And oh, by the way, did we mention that Florida Democrats are pretty sure the entire reason the old lines were drawn the way they were is so Democrats are "packed" into Brown's district, leaving the surrounding districts safe for the white Republicans?

Adkins has issued a non-apology apology, saying she's real sorry if she made anybody mad. This is because she is a fuckbiscuit who isn't actually sorry, and also she is a asshole. Rep. Brown, for her part, is suing in federal court, and we hope she wins, because fuck Florida Republicans, right in their smarmy earholes.