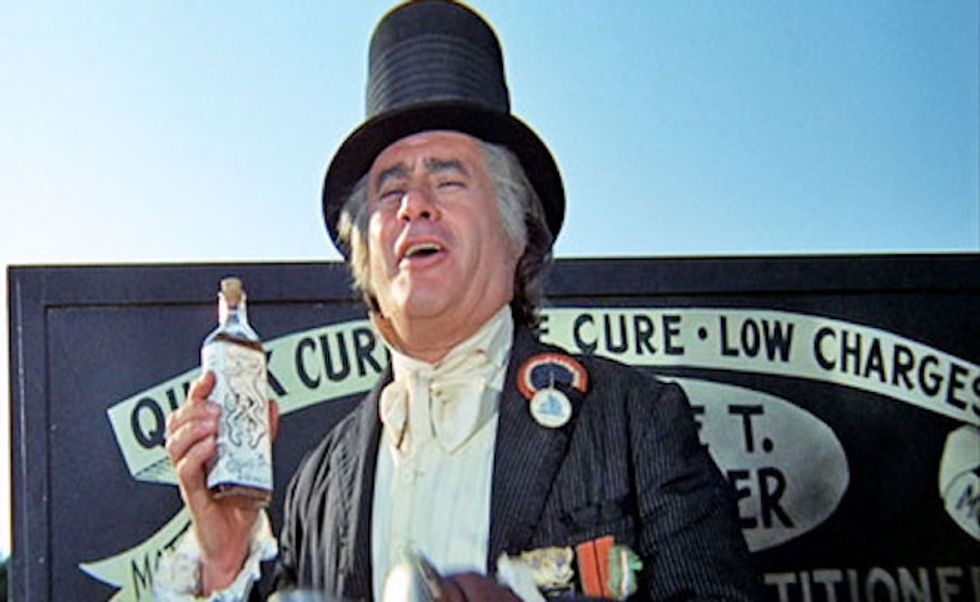 Although the Legislature last year passed a law expanding access to those services, Redalen said it came with so many restrictions that it won’t change the industry in a significant way.

“Present laws they have just don’t do the trick,” he said.

Redalen’s company, Quest Global Benefits, provides employer health care services for employers. Its website lists products including education, advocacy and telemedicine, which it describes as “quick and easy access to a nurse, and when necessary, a doctor to discuss and diagnose an employee’s ailment.”

Redalen said the changes he’s pushing for “probably wouldn’t help my business at all.”

Redalen calls himself the "Maverick Doctor." Why? Because what else is a guy who has had his medical license revoked or suspended in three states going to call himself?

The reason his license was first suspended in Iowa was because he perjured himself in a court case regarding his marriage to his 15-year-old former stepdaughter, whom he he had been ordered not to contact, after her mother's suicide.

Via The Des Moines Register:

Redalen, 46, was charged with two counts of perjury after he said in a May 25, 1988, contempt-of-court hearing that he had last seen his stepdaughter in the Phoenix, Ariz. and didn't know her whereabouts. The contempt charges were filed because he had been ordered not to contact the girl, then 15. The Dubuque County attorney's office alleges that Redalen had taken the girl to stay with friends, Jerry Connolly and Mary Jo Decker, in Bedford, Texas. In May, authorities found her in Bedford and returned her to Dubuque. In August, a judge denied Redalen's request for guardianship. Less than a month later, the two were married by proxy, with Tammy Redalen in Iowa and Rick Redalen in Texas. Tammy Redalen and Connolly had been subpoenaed to appear as witnesses by Assistant County Attorney Christine Corken. Corken said in court Wednesday that money to pay the travel expenses had been mailed Friday or Monday. Redalen's lawyer, Tom Riley of Cedar Rapids, reported that the money hadn't arrived. On Tuesday, a Texas judge quashed the subpoenas for Tammy Redalen and Connolly, partially because the witness fees had not been paid.

Redalen had previously pleaded guilty to assaulting the wife who had committed suicide "after authorities said he struck his wife with a rifle butt and pointed a gun at sheriff’s deputies." His license was later suspended entirely for failure to report a medical malpractice suit.

In Minnesota, he was disciplined by the state's medical board for having “psychiatric and drug problems,” and Louisiana revoked his license over accusations of drug and alcohol abuse as well.

Now, a cynic might say that someone with this many issues could only get appointed to any kind of state health panel by donating large sums of money to someone's campaign, which he did. However, Sid Miller does have a history of swooning over medical quacks. In 2016, he got into a bit of trouble after spending $1120 in taxpayer money in order to travel to Oklahoma and get something called a "Jesus Shot" from a traveling physician who calls himself "Dr. Mike." So maybe he's just really into bad medicine and if we searched his home we'd find not piles of money, but 11 1/4 dozen packages of articles labeled in part Mrs. Moffat's Shoo-Fly Powders for Drunkenness?

Perhaps we should hold off on our judgment until we see how he reacts to the news that you can still buy actual snake oil on Ebay.

A donation to Wonkette can cure all your aches and pains, and also give you healthier, shinier hair! Or not! But please donate anyway!