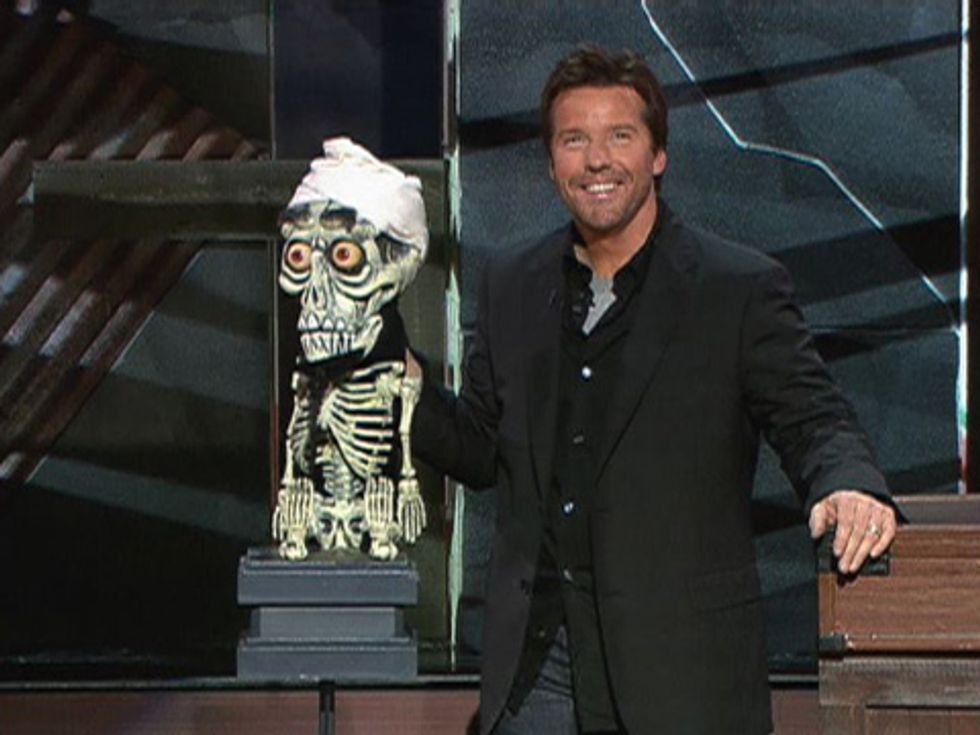 Ahmed Khalfan Ghailani, the first Guantanamo Bay prisoner to be tried in a civil court, wasacquitted yesterday on all but one of the 285 charges against him, so this nation was that close to having a freed terrorist walking through our culs-de-sac, stealing our children's bikes out of front yards and strapping bombs to our four-wheelers in the garage. Ghailani was convicted of "one count of conspiracy to destroy government buildings and property" in some 1998 embassy attacks, but really, what American hasn't conspired to destroy a little bit of government property in his or her day? This case proves we can never bring another terrorist into court, because there is a good chance they will be declared innocent by a bunch of NO-GOOD TERRORIST-SYMPATHIZING "AMERICANS," even if they are, well, innocent, despite all the years of torture.

On the eve of Mr. Ghailani’s trial last month, the government lost a key ruling that may have seriously damaged its chances of winning convictions.

In the ruling, the judge, Lewis A. Kaplan of Federal District Court in Manhattan, barred prosecutors from using an important witness against Mr. Ghailani because the government had learned about the man through Mr. Ghailani’s interrogation while he was in C.I.A. custody, where his lawyers say he was tortured.

So the moral of this story is that we need to waterboard our judges too, until they do what we want.

Throughout the case, Mr. Ghailani seemed at ease with his lawyers, smiling frequently. After the verdict was read, he hugged them warmly.

Now that is horrifying, because terrorists hate Americans. The only way a terrorist could hug an American is if 1) he has a bomb strapped to him, 2) the American is also a secret terrorist, or 3) it was a mistake to take him to the secret CIA prisons because he wasn't involved in terrorism he's skydiving.

But maybe the jury was right to keep around that single measly count after all:

Mr. Ghailani, who remains in custody, faces 20 years to life in prison when he is sentenced on Jan. 25.

Better life in prison than sorry, we always say, when it comes to guys who seem like they're maybe innocent despite years of imprisonment and torture.

And no, don't you go saying we shouldn't torture. At this point, torture is America's BRAND. The world is very aware of this brand, and that sort of thing takes a lot of hard work. [NYT]