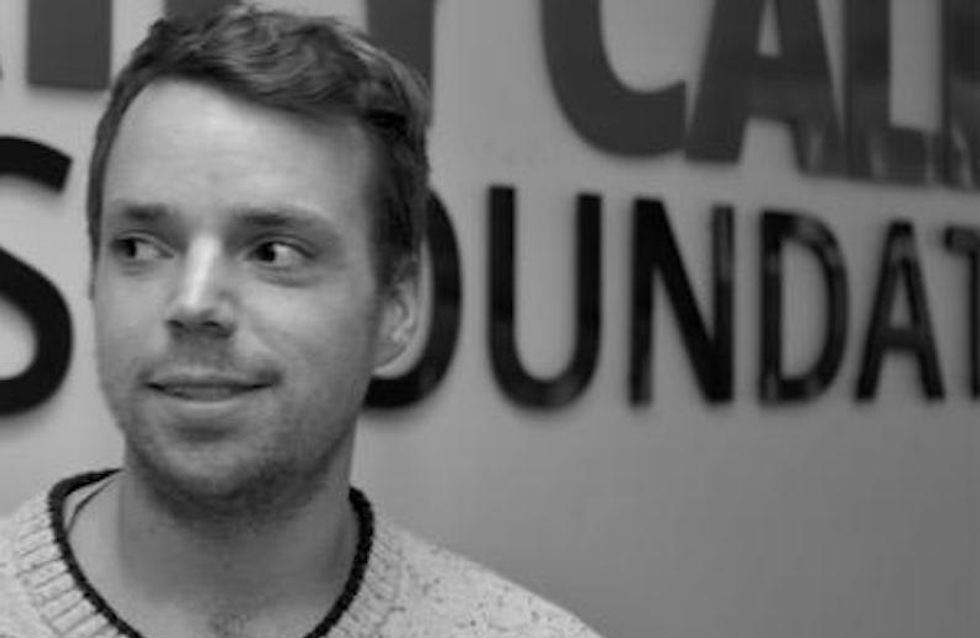 On Wednesday night, Mediaite's Caleb Ecarma revealed that a prolific poster on Reddit's The_Donald subreddit was also a reporter for "Voice of America." Writing under the ever-so-clever moniker UncleSam4200, VOA reporter Josh Fatzick wrote piles and piles of racist and misogynistic drivel, including calling black people apes and gorillas, whining about "white genocide," and suggesting that female politicians like (Republican!) Lisa Murkowski ought to get back to the kitchen.

Voice of America, according to Wikipedia, is the "U.S. government-funded international news source that serves as the United States federal government's official institution for non-military, external broadcasting." So, you know, it's basically propaganda. They produce news segments in a variety of languages to send overseas in order to promote how super great America is doing, and we, the taxpayers, pay them $218 million a year to do this.

Except, as it turns out, much of what we were paying Fatzick to do was to spend his days writing incredibly racist and misogynistic shit on his now-deleted Reddit account.

The white reporter from South Carolina attacked CNN contributor April Ryan — who is a black journalist for American Urban Radio Networks — calling her a “caged gorilla.”

“OF FUCKING COURSE Affirmative Action April has to start screeching like a god damn caged gorilla at the first mention of African Americans,” he said in a recent post. [...]

Fatzick obsesses with what he deems to be the systemic bias against white people, parroting the alt-right 4Chan memes “It’s OK to be white” and “white genocide” in several posts.

His misogynistic posts include calling his girlfriend’s mother “a cunt,” posting “SHOW YOUR FUCKING TITS!” on a woman’s swimsuit selfie, and saying Senator Lisa Murkowski of Alaska belongs “in the kitchen.” Fatzick defended the head of Amazon studios after sexual assault allegations were made against him. “If we can’t drunkenly tell women they’ll love our dicks at parties, I don’t think I want to live in this country anymore,” he said — doubling-down on his jokes about “grabbing some pussy.”

Ecarma was able to easily discern Fatzick's identity from a number of posts he made, including identifying himself as a former Daily Caller employee, his girlfriend's name, the sports teams he liked and disliked and more. Fatzick has since been put on administrative leave from VOA pending an investigation into his online activities.

I genuinely have to salute Ecarma for digging so deep into The_Donald as to discover this. As you may have noticed, I do not cover The_Donald as often as I do other hateful forums. This is because it is basically unreadable. It is the frothing id of half a million angry white men. It is the message board equivalent of a teenager's diary, filled with dreamy swirly cursive "Mrs. Donald Trumps," but with a lot more racism and frogs. It is hateful, sure, but in the most deeply boring way possible. If other vile subreddits are The Room, The_Donald is The Neighbors. Which is to say, it's not even fun to make fun of.

The creepiest thing to think about here is not just that a guy who works for the US government is on there posting vile, racist things, but that right now, as I look at the page, there are currently over 500,000 subscribers to that subreddit, 13,000 of whom are online reading it right now.

There is something easy, almost comforting, about thinking of all those people as fedora-wearing jackasses living in their mom's basements. To think of them as trolls under a bridge, not participating in society, not holding government-funded jobs, not perhaps holding supervisory positions over people of color and women. It's a lot scarier to admit that they're not.

Wonkette is ad-free and made possible only by contributions from Readers Like You.