Why Do Black People Keep Killing Themselves When They Get Arrested? 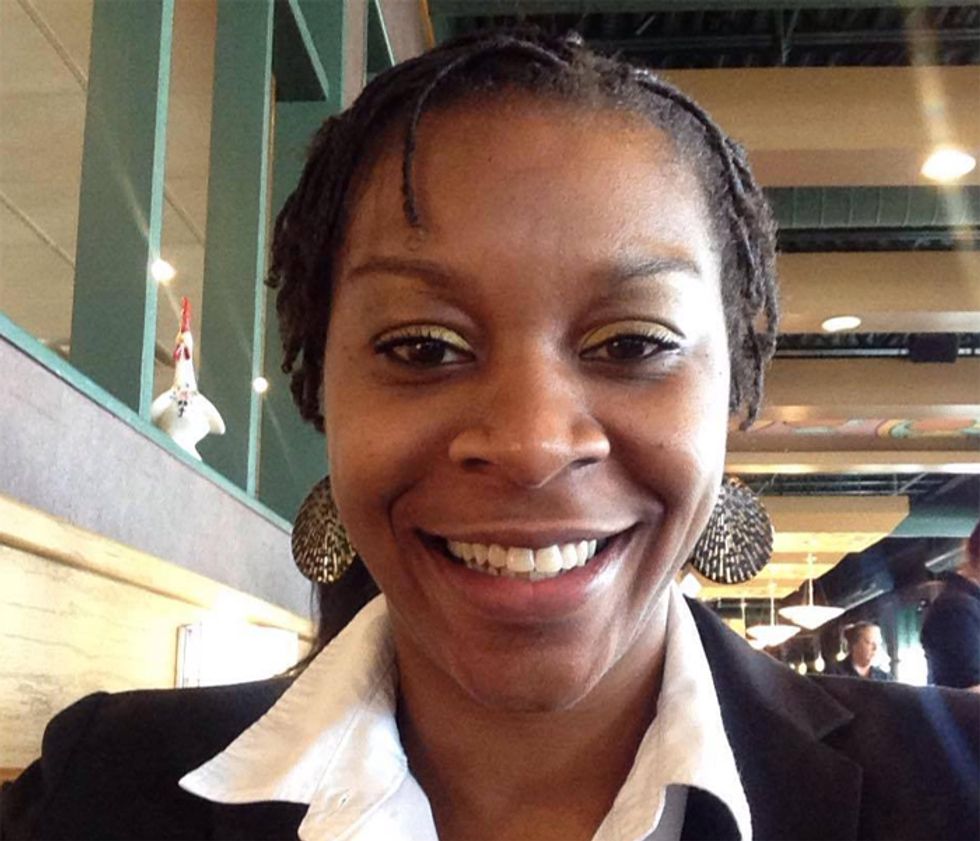 Looks like there's been another mysterious death of a black suspect in police custody, this time in Waller County, Texas, where 28-year-old Sandra Bland was found dead Monday after being arrested following a traffic stop last Friday. Bland was being held for allegedly kicking the Texas Highway Patrolman who pulled her over for failing to signal a lane change; Waller County Sheriff Glenn Smith said that Bland was found hanging in her cell at 9:00 a.m. Monday, about an hour after asking staff by intercom if she could make a phone call. She had last been observed by jail staff at 7:00 a.m. when she was given breakfast. An autopsy performed by the Harris County Institute of Forensic Sciences in Houston ruled her death a suicide by hanging. Bland was being held on $5000 bail, but friends said she was preparing to pay the bail Monday. Sheriff Smith certainly seemed all broken up about Bland's death, saying in words that do not sound the least bit well-rehearsed, “Any time somebody dies, it’s a tragic deal ... That’s exactly what this appeared to be.”

Bland's friends and family told ABC 7 in Chicago that they don't believe Bland, who had recently moved from Chicago to Texas for a job, would have killed herself. Video of her arrest shows two troopers bending over Bland, who is shouting and asking why the police are being so rough with her:

In the video of the arrest, an officer is heard telling the bystander taking the video to leave.

In the video he shot, Bland is heard saying, "You just slammed my head into the ground. Do you not even care about that? I can't even hear!"

Then, as she is taken into custody, she repeats, "You slammed me into the ground and everything."

Sheriff Smith explained that Bland "had been combative on the side of the road." Get ready for the Usual Crowd to proclaim that if she hadn't been a troublemaker, she'd have been just fine, because no black person in the history of America has ever been falsely accused of attacking a police officer.

God knows there's plenty of reason to doubt the police narrative in cases like this. There's a nauseating familiarity to deaths of black prisoners after encounters with police, like how Freddie Gray threw himself against the walls of a police van hard enough to sever his spine, or how Tamir Rice forced cops to shoot him within 2 seconds of pulling up. Or maybe how Walter Scott forced a South Carolina cop to shoot him in the back by running slowly away from him. And then there's all the nonlethal but excessive force cases, like when that 15-year-old girl at a pool party made that cop in McKinney, Texas, throw her to the ground and shove his knee in her back because he was having a bad day. Or how a black motorist scared a South Carolina cop into shooting and wounding him by reaching for his identification (but maybe lunging for a gun!). Or how Henry Davis got himself arrested in Ferguson, Missouri, in 2009 for having the same name as a completely different guy with an outstanding warrant, then was beaten by cops and charged with “destruction of property” for bleeding on their uniforms.

Bland's friends say it makes no sense for her to have killed herself -- she had just been hired for a "dream job" in student outreach at Prairie View A&M University, her alma mater, and was to have started work July 15, except for how she died in a jail cell two days before that.

ABC 7's report had no difficulty finding friends of Bland who rejected the ruling of suicide:

"I do suspect foul play," says Cheryl Nanton. "I believe that we are all 100 percent in belief that she did not do harm to herself."

"We're very suspicious and we're a very tight community and we're very upset that this has happened and it seems like there's nothing really being done about it," says LaVaughn Mosley.

Longtime friend LaNitra Dean tells the I-Team that Bland "was a warm, affectionate, outspoken woman" who spoke out about police brutality often on her Facebook page and was critical of injustice against African Americans.

"Each one of us feels like we lost a part of ourselves and it's hard, it's going to be hard for a very long time," said her sister Sharon Cooper.

"The Waller County Jail is trying to rule her death a suicide and Sandy would not have taken her own life," Dean said. "Sandy was strong. Strong mentally and spiritually."

The evidence is complicated, however. As the Associated Press reported Friday morning, Bland had also posted video to Facebook on March 1 in which she talked about struggling with "a little bit of depression as well as PTSD;" while she didn't explain the cause of the PTSD, she did say more about depression a few days later:

"I want you guys to know it's a daily struggle. It's a daily test," she said. "Depression is nothing but the devil. It's a way of mind and it's a way of thinking." She recommended prayer to cut through the fog.

We haven't seen any solid information on whether Bland was under treatment for depression or whether she had talked about it with her friends, who remain convinced that she would not have committed suicide.

Waller County District Attorney Elton Mathis offered what may be the strongest evidence (if it holds up) that there was no foul play involved; in addition to the autopsy report that said she'd used a plastic trash bag to hang herself, the AP reports:

He also said that although jail video didn't show what went on in Bland's cell, it showed no one went in or out of it from the time she was placed there until a jailer found her unconscious.

That would seem pretty conclusive -- again, if it holds up under a full investigation. Thursday afternoon, the Texas Department of Public Safety announced that Bland's death would be investigated jointly by the Texas Rangers and the FBI.

It doesn't seem to make any sense that Bland would have killed herself on the day that she was planning to pay her bail and get out of jail -- but if the evidence really shows that no one else went into her cell, that may be what happened. Which still leaves the question of why the hell a woman pulled over for changing lanes without signaling ended up spending an entire weekend in jail after cops slammed her to the ground. Given the countless mysterious deaths of black men and women in the custody of police, is it any wonder the official story is being greeted with suspicion?