Why Do I Have An Erection When Speaking In Tongues? A Wonksplainer 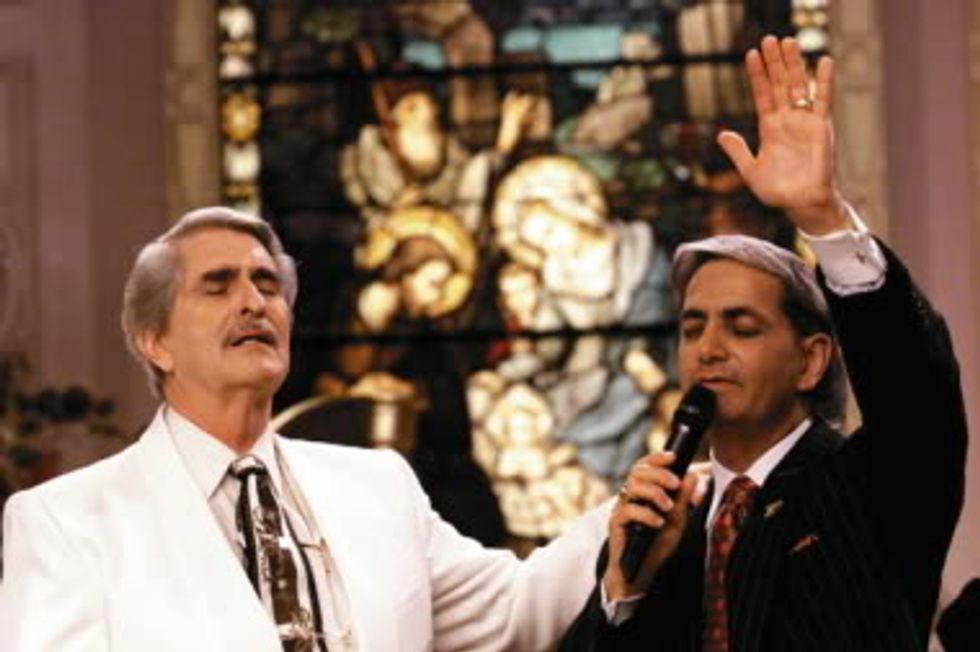 Not pictured: a couple of boners probably.

Well hello there, it's time for us to inaugurate a new series at Ye Olde Wonkette! Are you aware that, when you are a part of a vast media empire like Wonket, you can actually see the Google and Bing Jeeves searches that lead to your website, in real time? Usually, we see normal things like "George W. Bush drunk," because there is a news type thing about that happening RIGHT NOW.

[wonkbar]<a href="http://wonkette.com/594898/crazy-tongue-speaking-prophet-lady-running-for-mayor-of-our-hearts"></a>[/wonkbar]If you cannot embiggen that, it is the very important question, "Why do I have an erection when speaking in tongues?" Huh! And that Google search does, indeed, on the second page of results, lead to a Wonk piece about this lovely tongue-speakin' Ohio lady who always runs for mayor of Toledo and loses. Her name is Opal Covey! Unfortunately, we do not think that post, or Opal Covey herself, has the answer to the burning, throbbing question in the anonymous Googler's pants. Why DOES he always have that boner when the Holy Spirit comes upon him (#thatswhatshesaid), just like He did to Jesus's followers at the Pentecost?

[wonkbar]<a href="http://wonkette.com/416470/rev-lou-engle-and-his-3-story-homosexual-jesus-giant"></a>[/wonkbar]That's a hard question, literally. There you are, standin' on the front row of the snake-handlin' Pentecostal church, learning about three-story tall homosexual giants in San Francisco, and all of a sudden you've got a boner. (That is a thing yr Wonket actually learned about at the Pentecostal church, READ IT.)

Here are the possibilities, according to Wonkette's vast fount of tongue-speakin' boner knowledge:

Those are all the possibilities we can think of, but readers are free to help this poor, fully erect Googler find the answers he needs in the comments, which are not allowed.

Stay tuned for the next installment in this series, which will happen the next time somebody Googles an weird-ass thing that makes us LOL in the secret chatcave, hooray!