Why I Am Challenging Jonah Goldberg To A Fight For Charity, By Jamie Kilstein 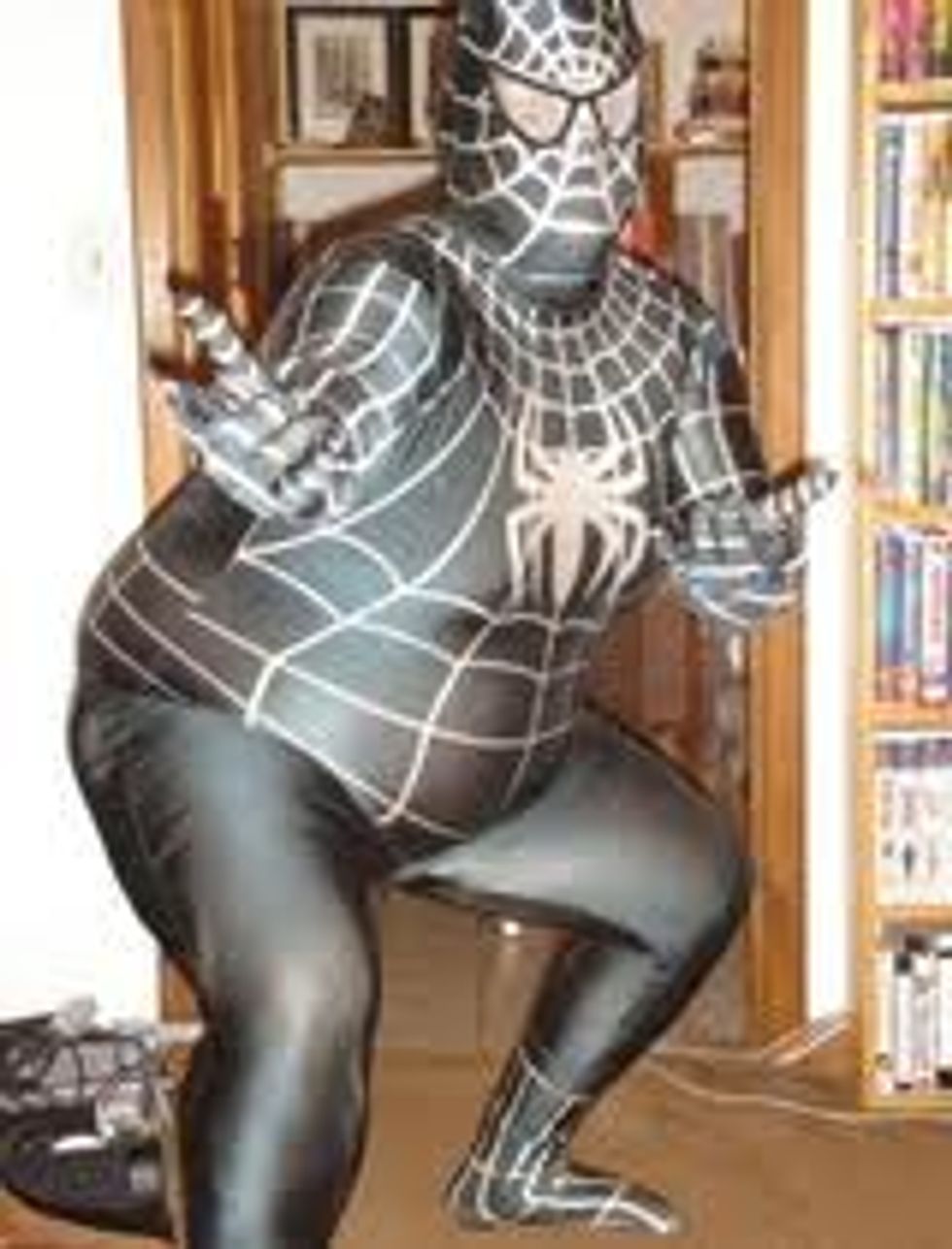 I have disliked Jonah Goldberg for a very long time. For starters, he wrote a bestseller a while back called Liberal Fascism. Get it?! Liberals are like fascists….WHO MURDER PEOPLE! LOLZ! STAB! KILL! NADER!!11111

I am yet to find the relationship between wanting equal rights and a strong social safety net, as well as an end to illegal wars and torture, and…fascism, but to be fair I believe it was Adolf Hitler who once said, “I will not rest until all men and woman have free access to health care!” and then something terrible about the Jews.

You see, Jonah is not very bright, but he is very tough! So tough, in fact, he wants to smash teenagers who believe in sharing!

Last week, this video of Jonah Goldberg surfaced on the Internets. In it, he goes after "youth," and "young voters," claiming it was a mistake to lower the voting age to 18, and insisting youth are "stupid" and "ignorant."

"It is a fact of science that nothing correlates closer than stupidity and youth," said Jonah.

"The fact that young people think socialism is better than capitalism, that's proof of what social scientists call their stupidity and their ignorance and it's something that conservatives have to work harder to beat out of them, either literally or figuratively as far as I'm concerned."

This happens a lot. Tough guy conservatives go on the TV or to their right-wing hate circle jerks and talk a lot of shit because they enjoy watching shows like 24 with a finger joyously tucked into their shame holes.

The problem is they are never the ones to do anything tough. They send poor people to fight in wars they helped drum up, and then when those kids come back, they call them socialists for wanting proper mental and health care.

So I took to Twitter to give Jonah his opportunity to beat up someone who thinks socialism is better than capitalism - a 145-lb tattooed vegan progressive standup comic from Brooklyn.

I know how to defend myself and am fairly confident in my skills. I box, practice Muay Thai and am obsessed with Brazilian Jiu-jitsu, which was created by brown people. Yuck!!

Jonah is roughly four weight classes heavier than me, and has many times advocated or defended torture, assassination, and wars.

Judging from this rhetoric, he is very tough and manly.

I may know some tricks, but with America-defending might like his, I think this is a pretty even fight. How can I use my jiu-jitsu if I can’t get him to the ground? I need to get past his fists of fury! And as a weak pathetic liberal, this is probably a task I won’t be able to pull off.

As a vegan, I may faint before I even make it to the ring!

I started the hashtag #jonahfightsforcharity and got fans of the podcast I co-host, Citizen Radio, involved. We are a creative, funny bunch and our show has been praised by Noam Chomsky and Janeane Garofalo! HOW MAD ARE YOU NOW, JONAH?! Okay, okay. Save the rage for fight night.

Jonah’s only response thus far has been, "I have no idea who [Jamie Kilstein] is," which I am totally using as a press blurb.

I made it very clear I was not threatening him and I want this to be a regulated fight that will only come to fruition if he accepts my offer.

This means the fight will be three two-minute rounds, Jonah would get to wear headgear, shin guards and boxing gloves, and we can turn it into a charity event. If I win, my purse will go towards defending the men, women, and children of Palestine. If Jonah wins, he can give to any charity he wants like “Rich People For Jonah!” or “Give Jonah Money,” or whatever.

Lets put some pressure on him to actually put his jaw where his mouth is. Big men on the Internet never get called out for inciting violence and bullying. Let's give him the opportunity to be more than a digital bully. Let's promote a fair, safe, refereed fight to give him the chance to back up his rhetoric.

PS – Jonah, I listened to the Glee soundtrack while writing this whole thing….and just ate a tofu scramble. And I also believe in progressive taxation. Don’t be scared, homie.