Why Is Hillary Clinton Paying People To Beat Up Donald Trump? 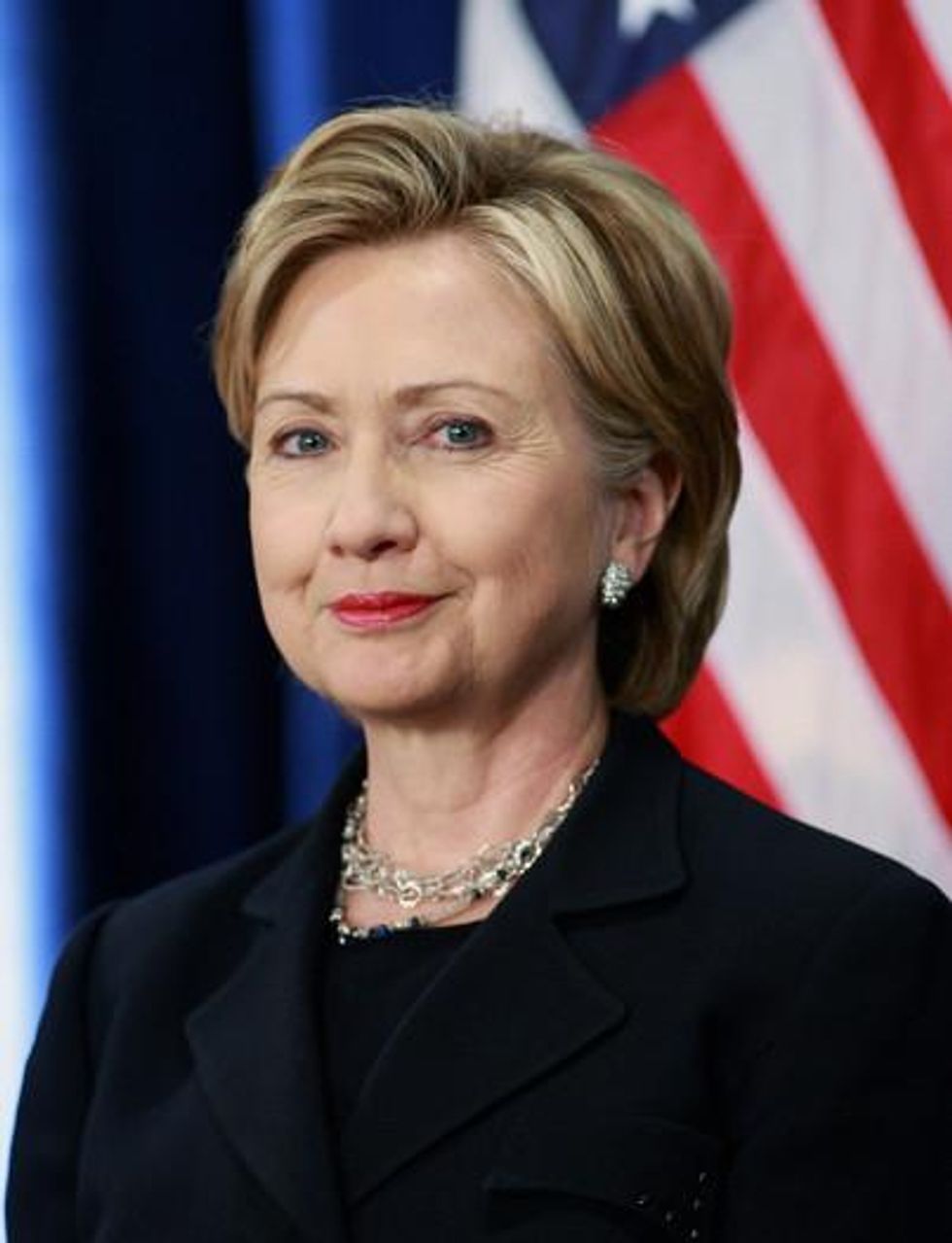 Go get him, kids, there's a shiny nickel in it for you!

Being an American sure is super fun funtimes these days, isn't it? Every morning, we gather round our ye olde iDevices to watch the latest video of someone getting stomped, punched, kicked, or otherwise violently verbed at a Donald Trump rally and marvel at just how fuckin' great again that guy is already making us, and he's not even president yet!

Then we try to figure out who is to blame for the violence that Trump explicitly invites his followers to dole out. It's not Trump, obviously; he is but a mere messenger of his calls for violence. Blaming Obama works in a pinch, even though it's a little played out after all these years. Hey! Here's Republican Rep. Chris Collins, who gets a classy gold medal for being FIRST! in Congress to endorse Trump, and he's got some ideas:

These paid protesters, showing up to disrupt Donald Trump's rallies -- to me, it's Chapter Two in the Democratic playbook. It's a sad day of affairs for what we'll call dirty politics, but that's what we have.

Also a sad day of affairs is the congressman's speaking skills. But anyway, please go on with this theory of dirty politics:

It comes down to, one thing we know about Donald Trump, if you punch him, he is going to punch back. We all have our own personalities, if you will. Donald Trump is going to stand there and not take anything that somebody quite literally throws at him.

Huh. We didn't even know that anyone had quite literally thrown their fists in Donald Trump's face. Doesn't he have his own private goon squad and also a Secret Service detail to protect him from that? Yes, we're sure we read that somewhere. But those feisty Democrats, you know how determined they can be, when they are literally punching Donald Trump, leaving him no choice, really, put to bunch back, because you know how his personality is:

But again, what you've got is the Democrats with paid organizers, paid protesters, going to these rallies to disrupt the rallies, and I'm sure that the frustration that goes with knowing the types of folks that are there, you know, will elicit some kind of comment. Donald Trump has now called for people to stand down, let's be peaceful, so Donald Trump realizes his words literally carry a lot of weight, and I think he has shifted his rhetoric here in the last few days. No one likes to see what we're seeing going on, so I would ask the Democrats to stop paying these protesters to disrupt Donald Trump's rallies.

Huh again. Why would Donald Trump need to shift his rhetoric or call for people to stand down if the sole source of violence at his hippy-dippy Trump love-ins is coming from those professional rabble-rousers? Oh no matter. It's not like the congressman literally means the words he is saying. Does he?

Ask him that, would ya, Chris Cuomo?

CUOMO: Do you think you can prove that this is an organized effort by Democrats to disrupt Trump's rallies, and not individual groups doing what they do often, in different settings, even at Hillary Clinton?

Well, having an inclination that is well-known is even better than having proof, innit? BAD DEMOCRATS, stop making trouble at Trump rallies! And stop also paying protesters to go to Hillary Clinton rallies to express their paid-for "issues," sans the face-punching. Wait, what?

CUOMO: You had some of the same groups showing up at Hillary Clinton events. You think she's paying people to come to her own events and make her look bad?

COLLINS: Well, who knows what Hillary Clinton's going to do. We know from her playbook she'll do anything she can to be the president of the United States.

Now, unfortunately, Collins doesn't have any proof of this, nor even an inclination. But everyone knows that using evil Democrat dollars on a two-for-one bargain to disrupt Trump rallies and Clinton rallies is exactly the sort of thing Hillary Clinton would do. Says so right in her playbook. We've got to get a copy of that sometime. Sounds like a thrilling read.