Why Is This Tennessee School Racist Against This Nice Girl's Confederate Flag Dress? 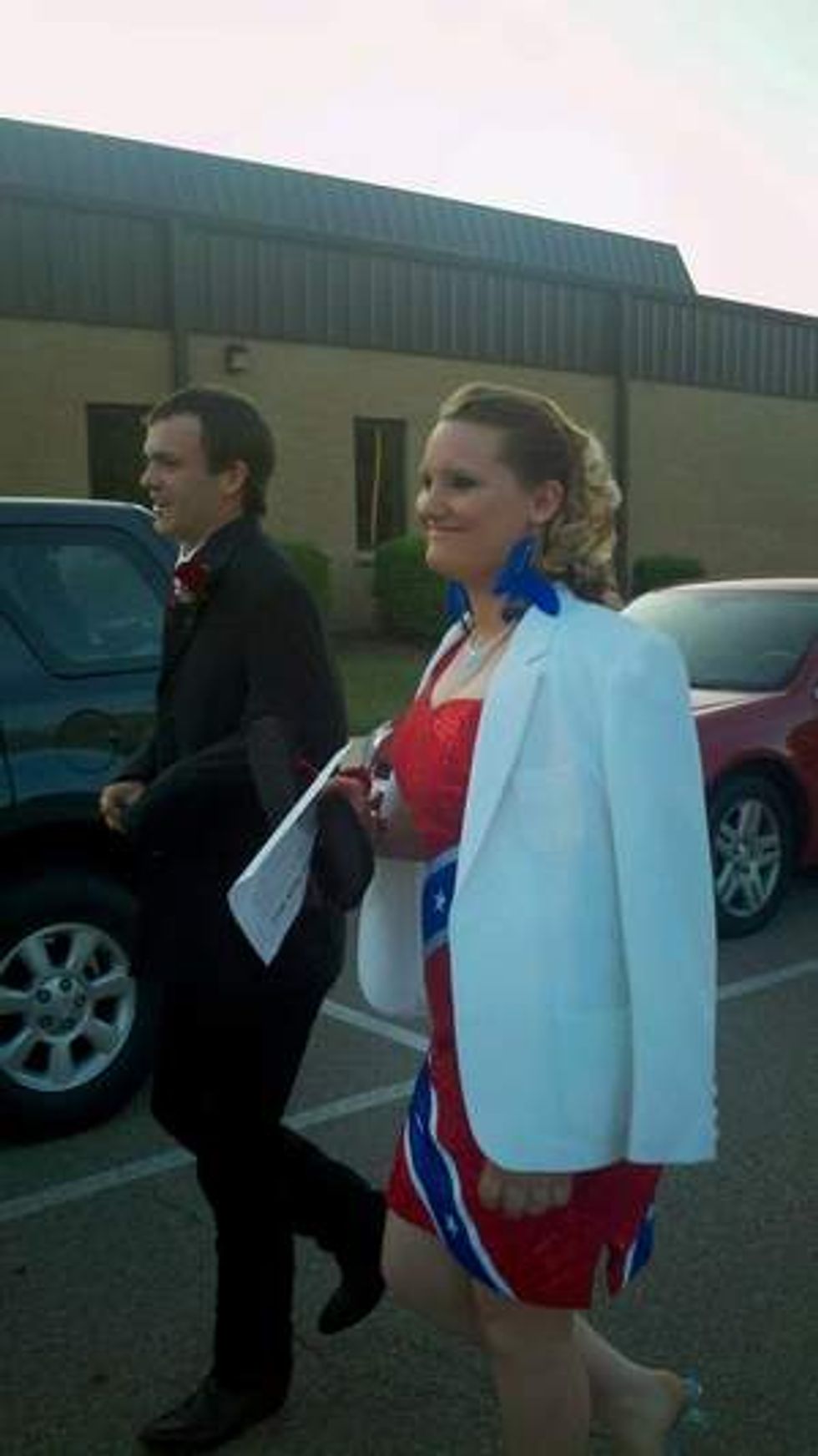 Like any other girl who dreams of the magical night that is her prom, high school senior Texanna Edwards just wanted to dress up as the muscle car from "The Dukes Of Hazzard,"the General Lee. The lady who was the prom sponsor suggested before the Confederate flag dress was made that this was a bad idea, and that Texanna needed to clear it with the school principal. But Texanna didn't ask for approval, Texanna says, because "I didn’t think I needed to. I had one teacher tell me it was a bad idea. but I just thought she only said that because it would offend people." Makes sense so far! Then Texanna got to prom and they wouldn't let her in unless she went home and changed, but Texanna didn't want to go home and change, because why would the principal tell her a Confederate flag dress was "offensive and inappropriate" when everybody knows that is not the case it is about heritage or something and it's not like Gibson County High School has had race problems except that it has?

Anyway, Texanna did not get to go to her prom this year unless she went home and changed but Texanna didn't go home and change and now her story is in the newspaper, because there has never been a greater injustice in the history of prom. SPARTACUS! [Tennessean, via Wonkette operative "keepfnthatchicken"]