Why Might Former Speaker Denny Hastert Have Rubbed Those Five Boys' Groins? Hmmmm 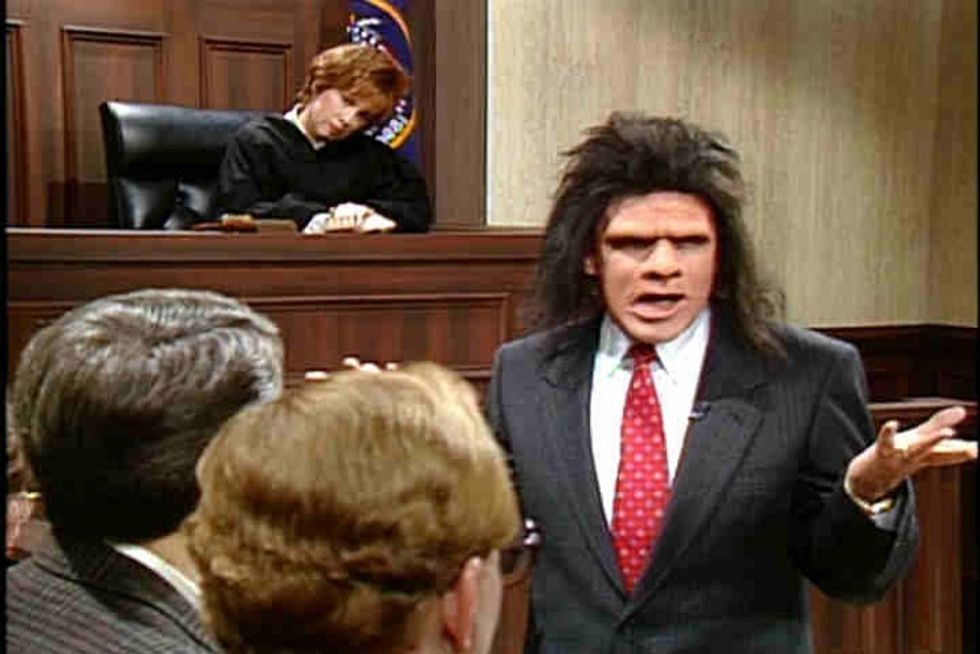 Your modern 'ethical standards' frighten and confuse me

In a novel strategy, the attorneys for former House Speaker Dennis Hastert attempted to downplay Hastert's alleged sexual abuse of a minor when he was a high school wrestling coach by arguing that maybe there was nothing particularly sexual misconduct-y about Hastert's having rubbed several teenaged wrestlers' groins. Maybe it was just therapy for like a strained muscle or something, you know? That's what Hastert told the boys at the time, after all, and why would you doubt the word of a man who would go on to become speaker of the House?

"While undoubtedly many would consider this episode as described by (Individual A) consisting of a groin rub for a groin pull and a massage, to be misconduct, we are not so certain that the incident qualifies as sexual misconduct, especially for a coach and trainer 42 years ago," lawyers Thomas C. Green and John N. Gallo wrote in the court document.

[wonkbar]a href="http://wonkette.com/595395/sicko-ex-speaker-dennis-hastert-pleads-guilty-might-go-to-jail-for-5-minutes"[/wonkbar]Yr Wonkette would simply like to thank Mssrs. Green and Gallo for managing to gross us out almost as much as Hastert did himself. Their claims came in a filing in response to Friday's recommendation that Hastert be sentenced to up to six months after pleading guilty to violating banking laws in paying over $3.5 million in hush money to "Victim A." Hastert was not prosecuted for abusing five former students because the statute of limitations had expired.

After squicking everyone out, the attorneys added that

their client "deeply regrets that the episode (described by Individual A) occurred." They maintained the observation about the appropriateness of the incident was theirs, and not one made by Hastert.

So that's a relief, we suppose. They're merely doing their job, trying to make the indefensible seem maybe a little less horrifying, and failing spectacularly at it. We'll just let the New York Times review the details released by the prosecution last week about Hastert's time as a high school wrestling coach in Yorkville, Illinois, which indicates what Hastert did was not physical therapy, but just plain rapey:

According to the prosecutors, Mr. Hastert gave one boy, a 14-year-old freshman wrestler, a massage in the locker room, then performed an unspecified sex act on him. Another boy, Stephen Reinboldt, who died in 1995, was sexually abused by Mr. Hastert throughout high school in the late 1960s and early 1970s, his sister and others told the prosecutors. A third boy, who was 17 and remembered Mr. Hastert sitting in a recliner-type chair with a direct view of the locker room shower stalls, said Mr. Hastert had told him that one way to make his wrestling weight was to get a massage, then performed a sexual act. And prosecutors said Mr. Hastert had massaged another boy’s groin area after asking the boy to stay in his hotel room during a wrestling camp.

That incident became the center of the prosecution’s case. It was also the reason that the allegations, which were never exposed during Mr. Hastert’s eight years as the Republican speaker of the House, came to light. The boy, known in court documents as Individual A, confronted Mr. Hastert years later, around 2010, asked him why he had done what he did, and sought a settlement -- beginning the payments that would be Mr. Hastert’s downfall.

But maybe in the context of 40 years ago, a coach massaging boys' swimsuit areas and inviting them to his motel room wasn't at all sexual or anything. Just manly athletic therapy that for some reason the victims were traumatized by, for life. Standards change, you know? We're surprised that the attorneys didn't also add in a reminder that the Ancient Greeks used to wrestle nude, and who are we to judge?

In addition to the four boys who specifically accused Hastert, a fifth boy told prosecutors he

recalled Coach Hastert brushing against his genitals during a massage at one point. But he said he was unsure whether the contact was intentional though he found it “very weird.”

Why, one might almost get the impression that even at the time the boys thought it was a pretty unusual set of coaching practices.

Hastert will be sentenced April 27. Wednesday, the judge in the case suggested Hastert's lies to prosecutors could influence whether Hastert gets prison time. Hastert initially claimed Victim A had tried to extort money from him:

[wonkbar]a href="http://wonkette.com/587522/this-lady-says-sick-bastard-denny-hastert-molested-the-hell-out-of-her-brother-in-high-school"[/wonkbar]While the case is about the financial misconduct, one of Hastert's victims, Victim D, will testify at the sentencing hearing. Hastert claims to have no memory of sexually abusing Victim D. The sister of Stephen Reinboldt, who died in 1995, is also expected to testify about the abuse her late brother suffered.

Yr Wonkette wil undoubtedly bring you the details on Hastert's sentencing later this month and then spend the rest of the day drinking.

A note from your Friendly Neighborhood Comment Moderator: This would be a good time for you to review our Rules for Commenting Radicals. Dennis Hastert is an evil bastard, but we will not be tolerant of comments wishing violence or prison rape on him.