Why Won't Mitt Romney Root For His Wife's Dumb Horse? 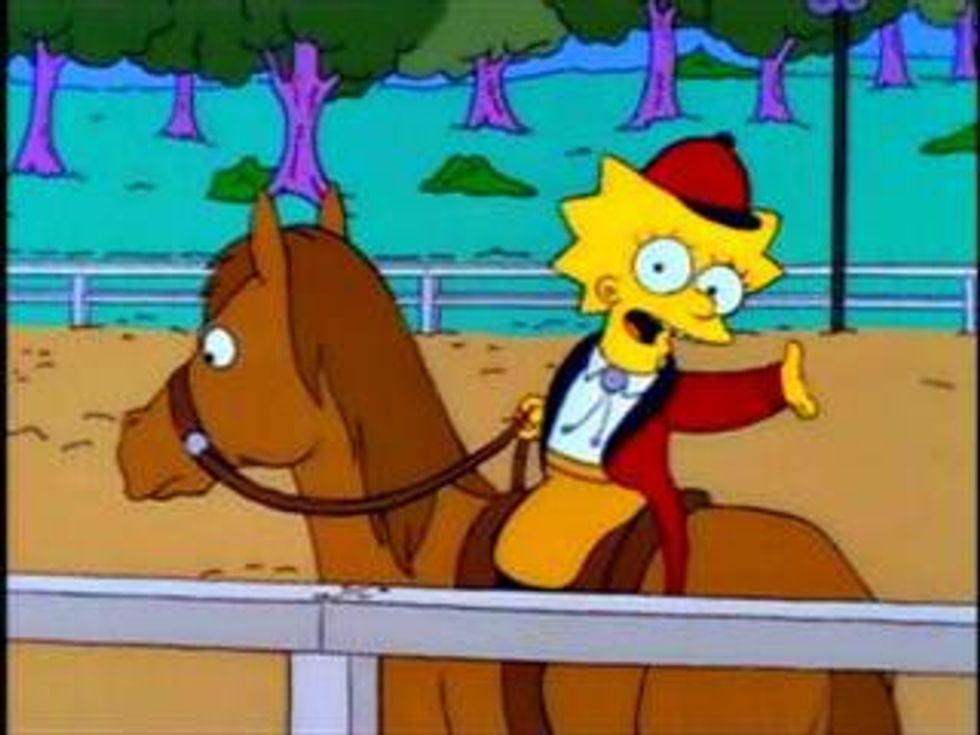 Mitt Romney has taken a look at how they do things over there in old England-Land, and has quickly come to the well-justified conclusion that their Olympics are just a hot metric tonne of garbage compared to the awesome USA American Olympics he ran in Salt Lake City. But you'd think that he'd at least take some time out of hating the 2012 Olympics in general to show a little love for America's greatest Olympian! We're of course talking about Rafalca, the dressage horse partly owned by Mitt's wife Ann. Why is he pretending that he hasn't spent long evenings out in the stables, feeding Rafalca carrots and pouring out his soul?

We've been a bit harsh on Ann Romney of late, what with her growing contempt for people who don't have nine-figure net worth, but apparently she's never really wanted Mitt to run for President, and now that he's doing it he should probably be nicer to her? Like, you know, he's in London for the Olympics where her horse is going to be dancing and all, the least he could do is show up and cheer or something! But instead, he said this:

It's a big, exciting experience for my wife. I have to tell you, this is Ann's sport. I'm not even sure which day the sport goes on. She will get the chance to see it, I will not be watching the event. I hope her horse does well.

Nice try distancing yourself from Rafalca, Mitt. Everyone knows that three months ago you were super-excited about the Dressage World Cup and personally picked out the music Rafalca danced to, so don't try to claim you are not 100% gay for that horse. [ABC]