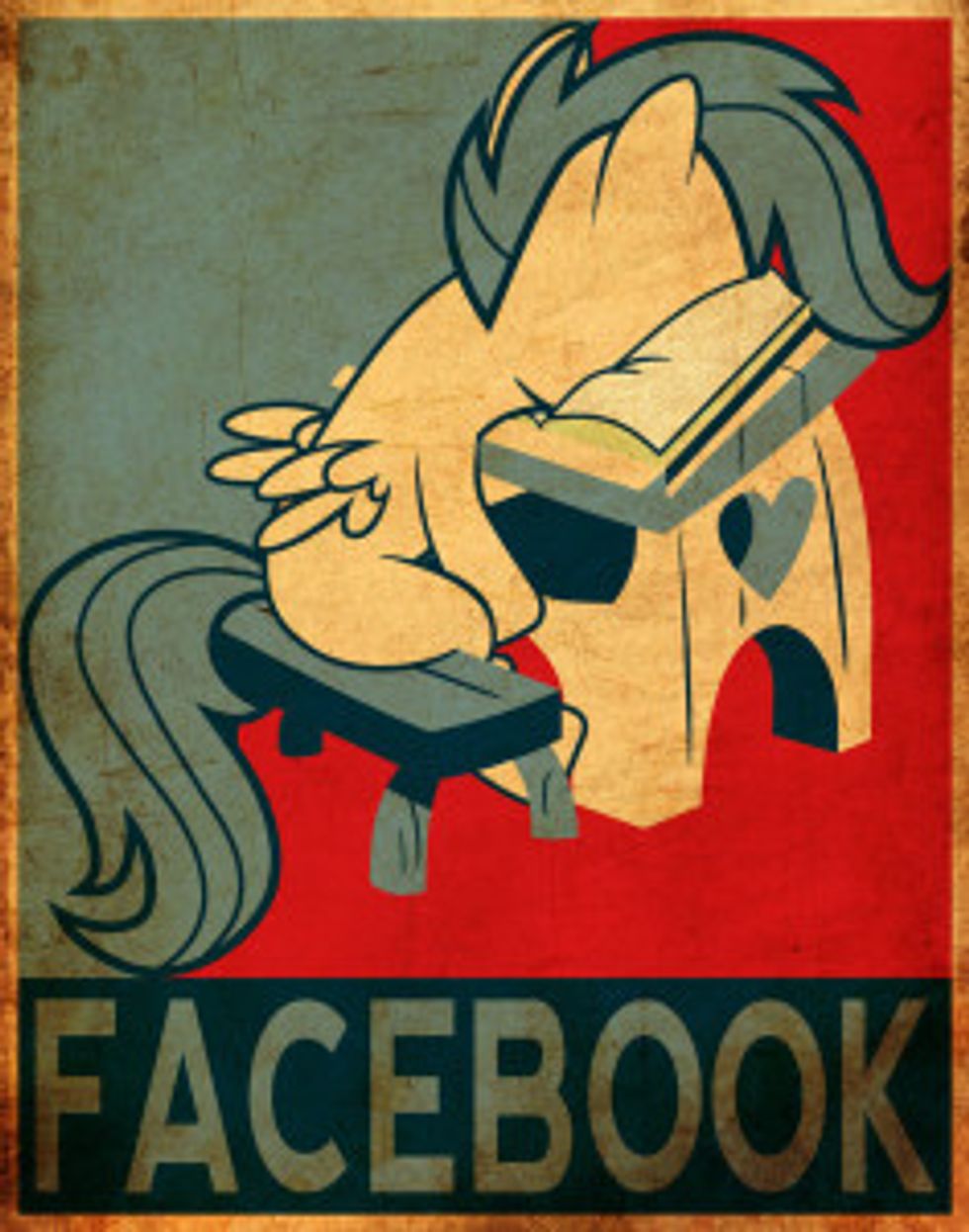 (See update at end of post) You will be delighted to know that, today at least, the title "Alabama State Senator" is not going to be associated with yet another nomination for Wonkette's coveted Legislative Shitmuffin of the Year Award. Rather, it is going to be followed by a name, which is "Shadrack McGill," and then the story of how Shadrack McGill's wife Heather had a Facebook freakout over all the women she thinks are emailing her husband and trying to destroy her family with their offers of sex and/or surreptitious installation of computer malware. Coming soon from Sony Pictures Classics: The Paranoid Wife of Shadrack McGill.

In a huge wall of text on Sen. McGill's Facebook page, Heather McGill makes it quite clear that she will brook NO MORE of this nonsense!

This may go viral and if so my prayer is that it strengthens marriages and families across this district, our state, and our country! I am very blessed to be the wife of a God fearing, hard working, ministry minded, loving father and husband and it is not just my right but my duty to lovingly serve him by protecting him! I have been silent for long enough!! NO MORE! Multiple times since being in office he has gotten emails from women (who may not even be real) inviting him to explore, also sending pictures of themselves. NO MORE!!! It is a shame that people are so heartless that they would try to split up families.

What leaves us gawping in disbelief is that Heather McGill gets so very close to reality here, and then veers off into weirdness: Unless ol' Shadrack is claiming that all those emails from Ashley Madison are about the Federalist Papers, there are no women, just a lot of robots that want to assimilate the McGills' computer and leave their lovely ministry-minded family alone... at least until their credit card is maxed and their computer is part of a botnet. So yes, there's kind of a threat, but it's best addressed with a good antivirus program, not a sermon.

We feel a little bad about even making fun, here, because it's a bit like snickering at James Thurber's aunt who thought empty light sockets were leaking electricity all over the house. On the other hand, Heather McGill is going on the internet to "protect" her husband from nonexistent women, when she could have just as easily done a little research and reassured herself that way. And then she had to go and write this:

We have children that look at our face books from time to time! Shame on you! You know who you are. Next time everyone will know who you are!! For I will publicly share your name before we "unfriend" you.

Children! Children on the face books! It's also rather charming to know that she hopes "BodaciousTatas19" fears being exposed as the homewrecking collection of ones and zeroes it most certainly is.

McGill eventually builds to a fine crescendo of unfocused (we hope) butthurt:

I love my husband and my children too much to sit here and allow this to go on and will not give the enemy anymore foothold into my family! This is the "behind the scenes" garbage that political life brings. I will not turn a blind eye to it any longer! I remember years ago my Pastors wife standing before the congregation preaching to the young women about their dress which had gotten out of hand and she boldly stood before them and spoke the truth. I boldly stand before you today and declare that I will stand beside my husband, support him, love him, and protect him at ALL cost!!!! Those of you who know who you are consider yourself warned! Those of you who understand my heart, thank you for listening and may God bless your families!

As with the insane sorority rant, it is definitely time to unleash the dramatic readings. Again, we feel a little bad, but not too bad; we have a certain respect for the internet tradition of educational trolling, after all.

It occurs to us, of course, that maybe Mrs. Sen McGill just might know what's what after all -- "this may go viral," indeed -- and is enjoying the outpouring of support for her brave pro-family stand, and bravely bearing up under the mean taunts of jerks like Yr Wonkette. But that would be awfully cynical, wouldn't it?

In any case, we should be applauding Mrs. Senator McGill for her devotion to family and her desire to just be safe. You can't be too careful, after all, and periodically yelling at the internet is just something a person needs to do to feel secure, like regularly checking your car's headlight fluid.

UPDATE: Al.com has an update that we missed (thanks to alert commenter Callyson for noticing!) The McGills now say that Heather McGill's comment on the face books was prompted by some weirdness during Sen. McGill's 2010 campaign, during which "strippers" came to the family's door at 1 AM and, Sen. McGill says, his face books were afflicted by Evil Mages:

"Shortly after taking office, a couple of times my Facebook was hijacked and women sent me pictures of themselves half-naked, saying, 'I had a great time last night with Shadrack McGill.' That sort of thing."

"She has a legitimate concern about that sort of thing getting worse, and Facebook being one of the mediums for that happening," Sen. McGill said of his wife. "I'm proud of her; she has a lot of wisdom and when she prays about something and gets a certain direction on her mind, she's very bold about addressing it."

We are suddenly far more interested in this stoopit faces books story than we were when we thought it was about technological incompetence. If your account was compromised by political enemies, why would a warning to call out bad women accomplish anything? Guess we'll have to figure out how to set up that gurgle alerts thing we've heard so much about.