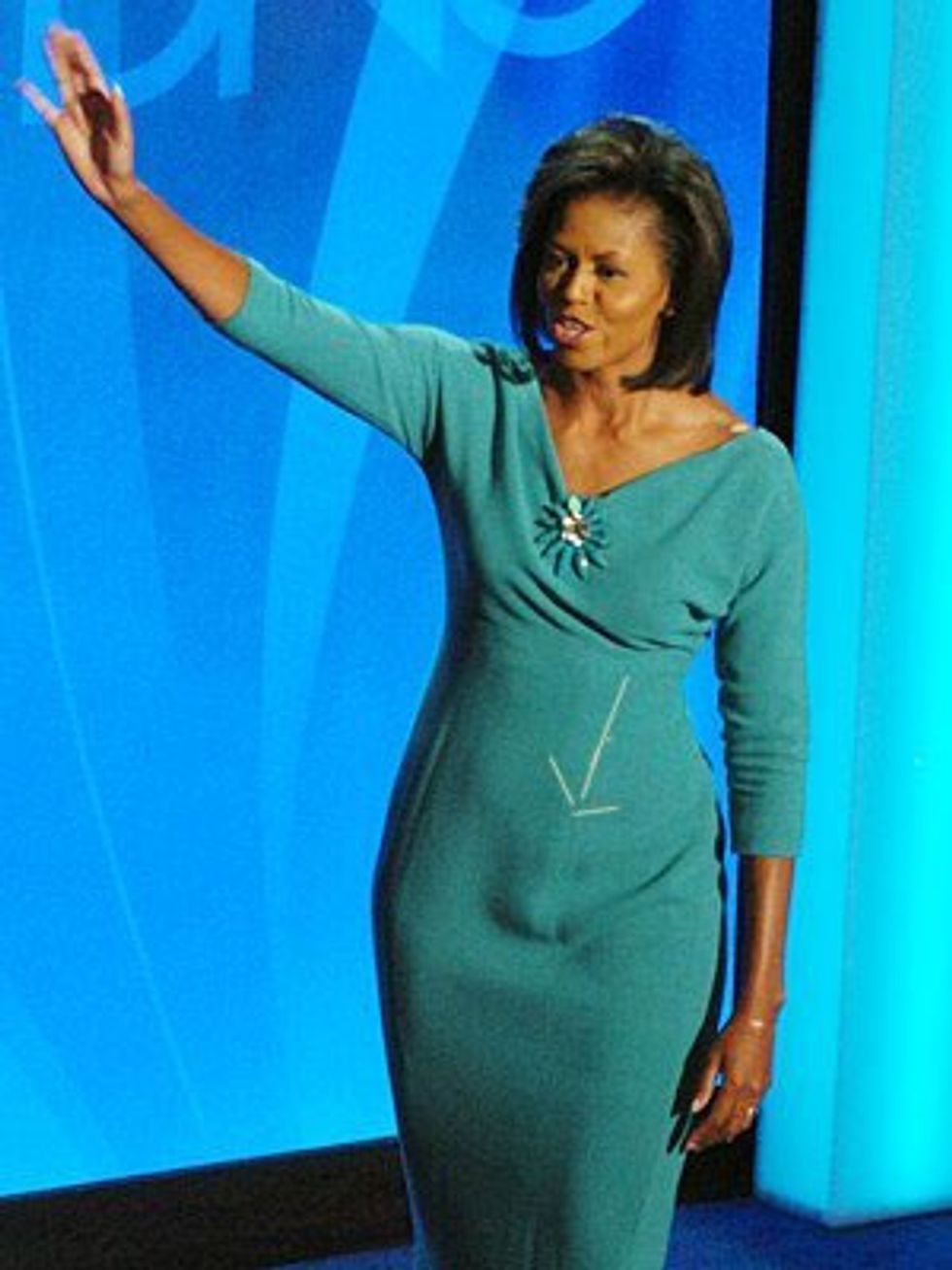 Looks like the birth certificate and the contacts with aliens and the reptilian lizard people were just the beginning of the things that the lamestream media failed to vet about this Barack Hussein Soetoro person. Now it can finally be told, according to some loons who think the Pope is an imposter or something: Michelle Obama is a man!!1! And they even have a 24-minute YouTube video that presents "irrefutable and scientific proof" of this science fact! Fortunately, there's also a transcript, so you can "stop living the lie" with only a 5-minute skim. Buckle up, kids, this sucker's a .9 Timecube bucket of homophobia, transphobia, nonsense science, and pure batshit crazy, and it's going to be a bumpy ride.

Among other conclusions, the video decides that Michelle has "male hands," because

And they have proof, too: Just look at Serena Williams's ring finger, which is also longer than her index finger. As you can plainly see, Serena Williams was therefore born a male, just like "Michelle" Obama. (And no, there is no correlation between ring/index finger length and "inherent" characteristics -- it's garbage science.)

OK, but what other proof do they have? Michele has Man shoulders and a Man face -- you can just totally tell! also, the proportion of her head to her height is the same as a man's -- Just like Serena Williams, who as we already know, is also secretly a man. Also there's her adam's apple, and her bulging neck muscles. Here's the vid, in case you feel like killing some brain cells.

And then, of course, there's her penis, clearly visible right here. You see, most of the time, Michelle hides her weenie with a "special undergarment," but apparently this time she forgot. The narrator exclaims, at 16:28,

In this picture, the lighting cast “the most unfeminine shadows” on Michelle’s manhood. This photo begs the question, "How could the audience not notice?!"

So not only is Michelle a man, the wingnuts don't know what begging the question means.

Also, too, the Obama daughters are of course adopted, but at least they have "truly feminine shoulders."

Now, why have Barack and Michelle Obama perpetrated this fraud on the American People? Apparently just for the jollies of fooling us, and to shame the brave American soldiers who are fighting "illegal wars based on the whims of their Commander in Chief," who apparently traveled back to 2001 and 2003 to start those wars.

Seriously, there's absolutely no hint of why this elaborate ruse would be useful, beyond of course the simple fact of covering up Barack's homosexuality, so that he can "cuddle up every night, to his male friend, who prefers to dress up as a woman, and deceive everyone, from behind that big smile." You know how gay Muslim Marxist atheists are -- they just like trolling people that way.

[Antipope via Before It's News via tip from Chascates]

Follow Doktor Zoom on Twitter. Did he watch the whole video? The fact that he is still capable of intelligible English should be the only answer you need.