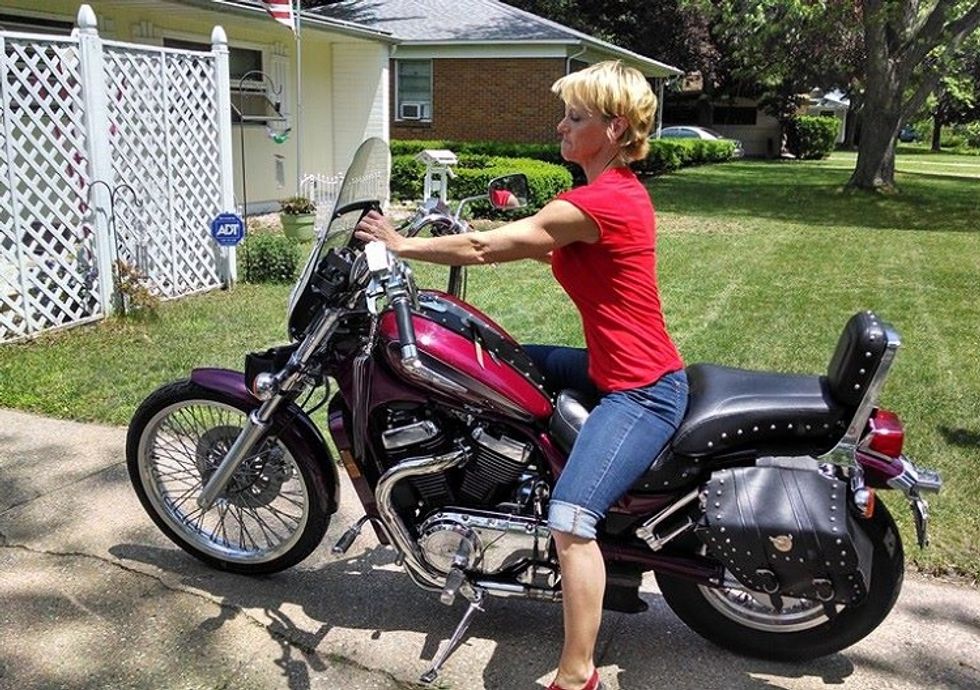 A minor official in the Michigan Republican Party who was found dead on New Year's Day apparently did not take her own life. Instead, new information released Wednesday indicates that Christina Bond died while adjusting a gun in a bra holster. At least no toddlers were involved in this shooting.

“She was having trouble adjusting her bra holster, couldn’t get it to fit the way she wanted it to. She was looking down at it and accidentally discharged the weapon,” St. Joseph Public Safety Director Mark Clapp said.

This is a significant news story because 1) Ms. Bond was elected last summer to be a "Republican Precinct Delegate for Saint Joseph Charter Precinct 1," which makes this a political story; 2) we had no idea such a thing as a "bra holster" even existed; and 3) what is the idea of having a holster in a bra that you would have to reach inside your top to access your gun, and what the hell, the pistol points UP toward your head???? And so we googled "bra holsters" and it turns out they exist:

Yr Dok Zoom has only secondhand (as it were) accounts of the trials of finding a bra that fits even halfway decently, so we can only imagine what additional discomfort would be involved in adding a gun to the whole concoction -- you know about the cup sizes and all? They have different cups. You got the cups in the front, two loops in the back. And now, apparently, various calibers, not to mention choices between revolvers and semi-automatics.

And so we can imagine how, while trying to get the goddamned apparatus to not feel like she had a deadly hunk of metal all up in there, Ms. Bond might have ended up pointing the thing at her face and shooting herself through the eye, just as the Framers intended. After all, the Second Amendment is the one that supports all the others, lifting our liberties and separating our powers.

An obituary of Ms. Bond says she was a veteran of the Navy, where she served in the Military Police, and notes:

As an active member of the Christian Motorcycle Association, Christina was on FIRE for the LORD. She often served the Berrien County Jail in ministry as well as being an active member on her church’s prayer team.

The obit doesn't mention how her church's prayer team did against its crosstown rivals, the Temple Beth Israel Fightin' Feygeles.

Bond's Facebook page is a mélange of Bible verses and Tea Party posts, including anti-Common Core messages, hilarious Obama jokes, and advice on how to deal with a mob of black protestors: Mow them down with your vehicle. "Do not stop..... Just keep driving if you're being held against your will." Another linked story offered "The most critical evasive driving tactic to avoid getting swarmed and killed in a riot." And, yes, she shared Birther stories about Barack Obama's multiple fake Social Security Numbers.

She seemed nice. And to think, she was only getting started as an official in the state Republican party. You have to think that, were it not for this tragic accident involving fiddling around with a loaded gun, she'd have eventually risen to a rank where she could have sent a funny watermelon joke to all the Republicans in Michigan.