Wingnut Matt Barber Vows He Will Not Get Gay Married, Even If It Means Death Camps And Jail 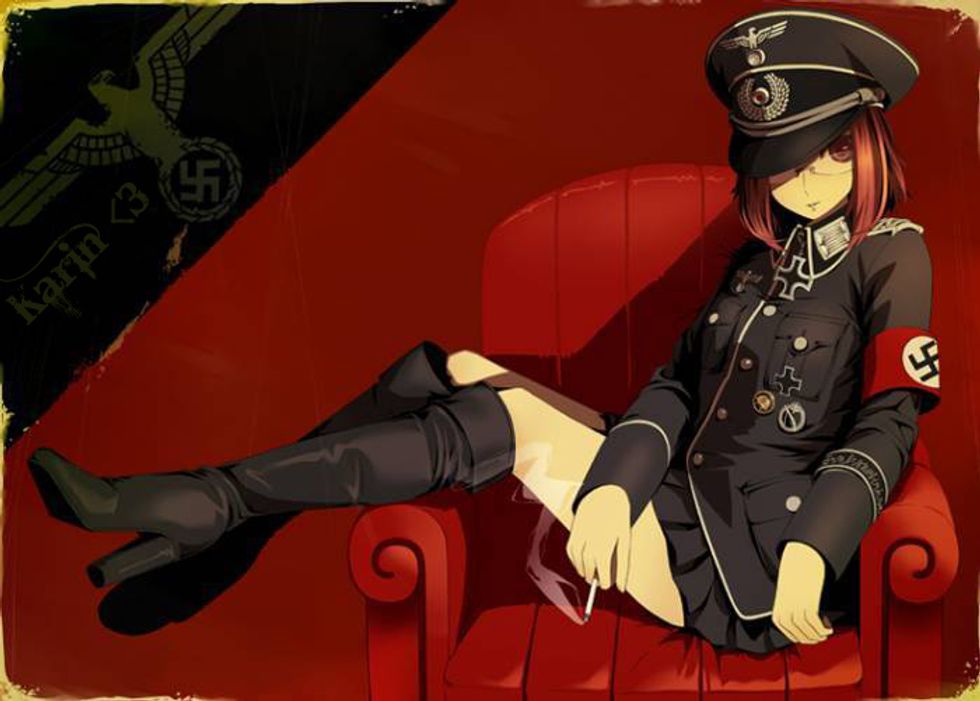 It's Monday, which means it's time to open up the old email inbox and muck out all the Nazi analogies that have piled up over the weekend. Today brings us a generous offer from wingnut Matt Barber: "Attached is a column submission for your consideration. Re-print permission granted." Well, hey, free content! Oh, wait, it's from Matt Barber -- bet it's full of stoopid and hyperbole! And by golly, it is! Plus, we're not sure we can really use it, since it's an"exclusive" at WND, too. But anyway, what has our poor delicate flower Matt Barber drooping today? Ah, it is the SCOTUS decision on ghey marriage, of course, which is worse than Dred Scott and Roe v. Wade put together, since not only does it grant recognition to "sin-centric and sodomy-based same-sex 'marriage,'" it also will have the "inevitable outcome" of leading to "Anti-Christian persecution." Surprise! It turns out that Matt Barber is going to be persecuted if two ladies can file a joint tax return! Better clear out the slave cabins and the trains to Auschwitz!

Barber starts with some arglebargle about the how the ghey marriage decisions are just like Dred Scott and Roe v Wade, because abortion is like a death camp is like slavery is like "gay marriage." (Scare quotes around "gay" are required for all WND articles, because it is a strange neologism, you know.) But how will letting the "gays" get "married" hurt Matt Barber? Ah, you see, it is because the ghey marriage is actually part of a long-term strategy to undermine America's Judeo-Christian heritage!

In the eyes of government, Bible-believing Christians will be treated as modern-day racists. Any outward expression of the Judeo-Christian sexual ethic will be trumped by newfangled “gay rights” and deemed verboten. For all intents and purposes, Christianity will be criminalized. This is not mere speculation. It’s been the plan all along.

You see, the tax exemptions are just the beginning! Next, Christian bakers will be forced to bake cakes for icky lesbians, just like white bakers are forced to sell cakes to negroidals! And then, Matt Barber will quote a lesbian lady in the Obama administration, who once said that gay sex is nice, and if you need more proof than that to know that Christians are in danger, then nothing will convince you until the gay Nazis come for you.

And yet, Matt Barber bravely vows to resist, and even to go to jail for his sacred right to proclaim God's truth against the gays... or the "gays." He tells of us an email exchange he had with another Christian -- two souls bravely standing for truth, even though Barber is quite certain that "the Obama NSA has already read our entire email exchange" -- where they congratulate themselves on their courage. He shares his friend's words of succor, so that we may learn and remember:

In my 35 years as a Christian, I never seriously believed we might end up in prison for our faith – except, perhaps, for something like a pro-life demonstration. This is the first time it seriously occurs to me that the trajectory of the nation is such that it is possible in five to 10 years. Oddly, this thought does not discourage or scare me; in fact, it’s almost a joyful thought that we might have the privilege to suffer for our faith. Rejoice greatly when men revile and persecute you for my name’s sake, for your reward is great in Heaven (a rough paraphrase of Matthew 5:12).

And then Barber makes this solemn vow:

I just hope that when and if the time comes, the Holy Spirit gives me the strength of character to not only refuse to deny His Truth, but to be like our martyred brothers and sisters who walked up and kissed the stake before being burned alive on it.

But just to be clear, he adds that he doesn't really think Christians will be literally burned at the stake for not baking gay cakes. But he is absolutely certain that "Christians will face real persecution, such as loss of livelihood, civil penalties, physical abuse or even jail." Or at the very least, they might be called mean names, which is totally the same.