Wingnut Mourns George Michael By Wishing He Was Straight Like Other Dude In Wham! 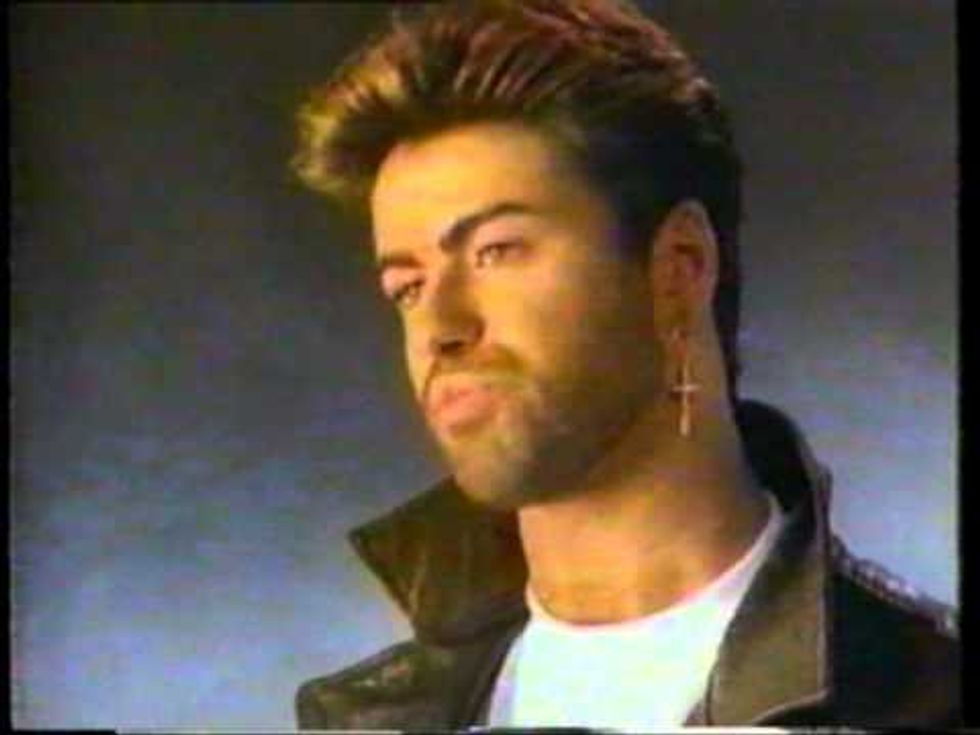 Rod Dreher is not a wingnut we mock here at Wonkette all that often, or ever. He writes for the National Review sometimes and he is a Crunchy Catholic Conservative who wrote a whole book on that subject, and usually it's best to just leave him to write his posts about how Jesus loves the environment but not gays or ladies. But we saw a tweet from our old internet pal Roy Edroso, what led us to a piece Dreher wrote mourning the passing of one of his first great musical likes, George Michael, who as we all know died on Christmas.

Dreher's thing is OK at first -- he couldn't get into Wham! in high school, but after Michael was solo and Faith came out, he saw that as something "far more mature," and loved it very much. All acceptable so far! And the rest of his in memoriam piece is about how Andrew Ridgeley, Michael's former bandmate in Wham!, married a chick from Bananarama, bought a farm in Cornwall, and didn't spent the rest of his life gaying, therefore if only George Michael had made heterosexual Bananarama choices, he might still be alive today.

[I]t’s not like George Michael didn’t do good things for people (e.g., it has emerged that he quietly gave millions to charity).

Despite his immense talent, even if George Michael were still alive, I can’t imagine that anyone in his right mind would prefer the hedonistic, tormented, lonely life he had been living to the one Andrew Ridgeley was living. Washing up as a pop star was a great blessing to him, just as Michael’s phenomenal success was a curse.

If only George Michael had made the choice to be a heterosexual man and moved away to the country! Dreher spends much of his post quoting a philosophy blog that took a long look at the directions Ridgeley and Michael took in their lives, and it's interesting we guess -- a lot of kvetching about how in the 1980s everything was about sex and hedonism, and how that's just not sustainable for the long term. Maybe that is a good point! But we feel like it is eliding another very important point!

It's true that George Michael lived hard and had a lot of trouble with substance abuse over the years, which MAY OR MAY NOT have ultimately had something to do with his brave and bold choice to live proudly, in a society that still broadly rejected gayness, as a gay man who wasn't ashamed to let you know, early and often, that he liked fucking. The gay kind. (For more on this legacy, please read our pal Noah Michelson at the Huffington Post! SPOILER: It's a story about gay fucking, and how George Michael liked it a lot.)

The point is that George Michael and Andrew Ridgeley, though they achieved stardom together, were dealt vastly different cards in life. We imagine that it wasn't all that difficult for Ridgeley and Bananarama to look at each other heterosexually and say, "Hey, let's buy a heterosexual farm in the heterosexual country, the conventional way, and get out of all this limelight." And maybe if society had been different toward gays in the '80s and '90s (you know, the age of AIDS), it might have been a conventional gay choice to meet and fall in love with a fellow gay superstar and buy a gay farm in the gay country. ALSO, MAYBE GEORGE MICHAEL WOULD NOT HAVE WANTED THAT.

The other point is that if your first reaction to a beloved gay artist dying young is to wistfully think about what might have happened if that guy had chosen (you know, because gays CHOOSE that sort of thing, right?) to embrace heterosexual matrimonial boning rituals, then fuck you, Rod Dreher.

And not the gay way, like George Michael liked.