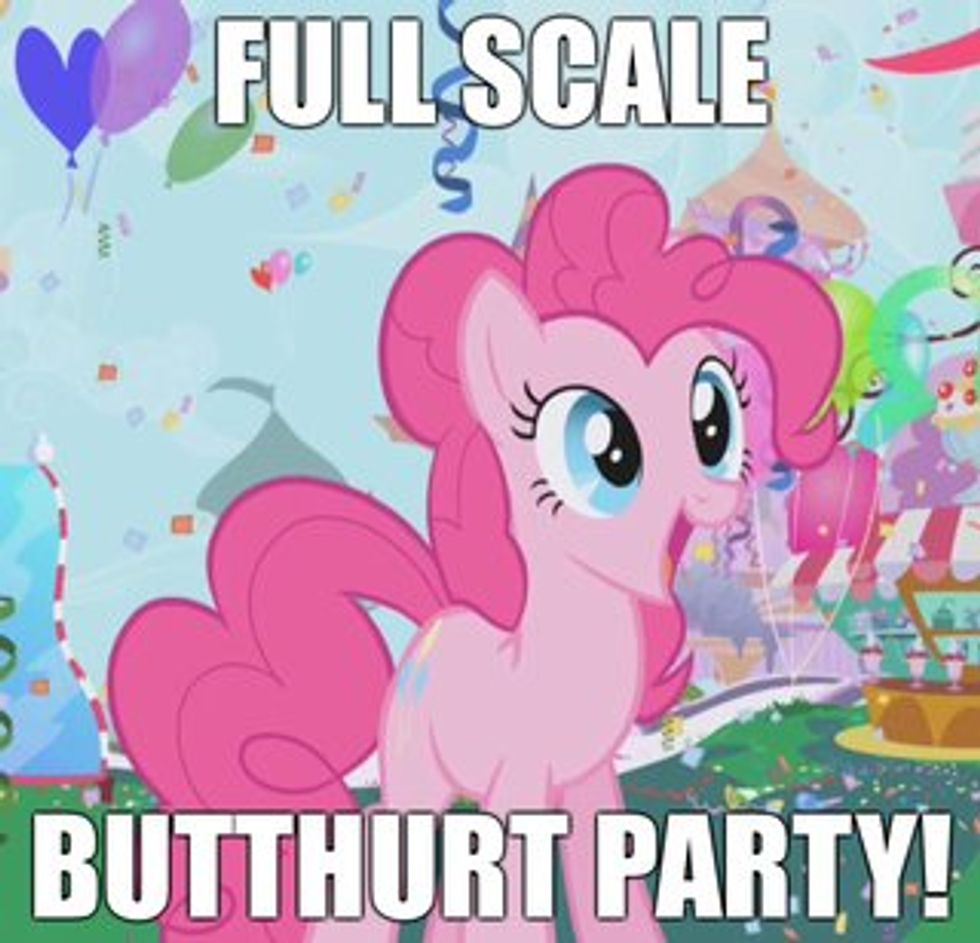 Minor-league wingnut preacher Rick Scarborough*, whodreams of suing the gays away, is very disappointed to report that not everyone in Christian America is quite so het up about the gays as he is. In a "Tea Party Unity" webcast last week, Scarborough lamented to Don Feder of the "World Congress of Families" (where do they get these names?) that it's bad enough that liberals are always trying to intimidate Christians from telling the truth about the threat of gays gaying up America with their gayness, but it really hurts when fellow Christians don't want to let speech be free either. It seems that Scarborough was visiting a number of churches recently, and at one service, the following unbelievable experience happened to him:

But you see, what you need to understand is that while The Gays want you to think they are people who have families and personalities and lives and homes and pets and rights, there's something very important that (former) Rev. Rick Scarborough wants Americans to know, and that is this simple fact: Gays do sex in the butt.

The one thing that the homosexual community doesn’t want us to talk about is what they actually do. They love to disguise their activities with euphemisms. And the presentation they always give is some handsome, erudite young man that’s a gift to society, when in fact he’s committing indecent acts with consequences.

Right up the poopchute, is what he is getting at. Bet you didn't know THAT, did you?

Sadly, the nice people at the church he visited were just not in the mood for buttsex -- however novel -- with their Sunday worship, because they could not handle the truth:

consequently a segment of the church didn’t come to another service of revival and just basically boycotted because they found what I said to be reprehensible. In other words, the church families don’t find what they’re doing reprehensible, but they put such pressure on the preachers not to even mention it that a lot of preachers have gone silent.

So, it’s not just the fear of the left, it’s the fear of the right, because Christians are more concerned about what their sensitive ears have to listen to than what’s taking place at the high school that may be perverting their own children.

Yes, it's true: the homosexxers are doing buttsex, and then they shower off -- maybe -- and they go to the high school and teach gay geometry or gay English or gay driver's ed (in a Prius), and your children may have no idea at all that outside of the school, their teachers are doing that. And good Christian buttsex-obsessed visiting pastors who try to remind people of that are being silenced, not by evil liberals, but by alleged Christians who are too afraid of the words "anal sex" to hear the ugly truth about gays doing sex in the butt, which they otherwise would never have known happens. It's just sad that people aren't willing to sit still in church and be shocked by the horrible truth of sex acts they can find on their home computers 24 hours a day. Theoretically.