Wingnuts And The Crazy Things They Said About Science: Let Us Review 2013 And Weep For The Planet 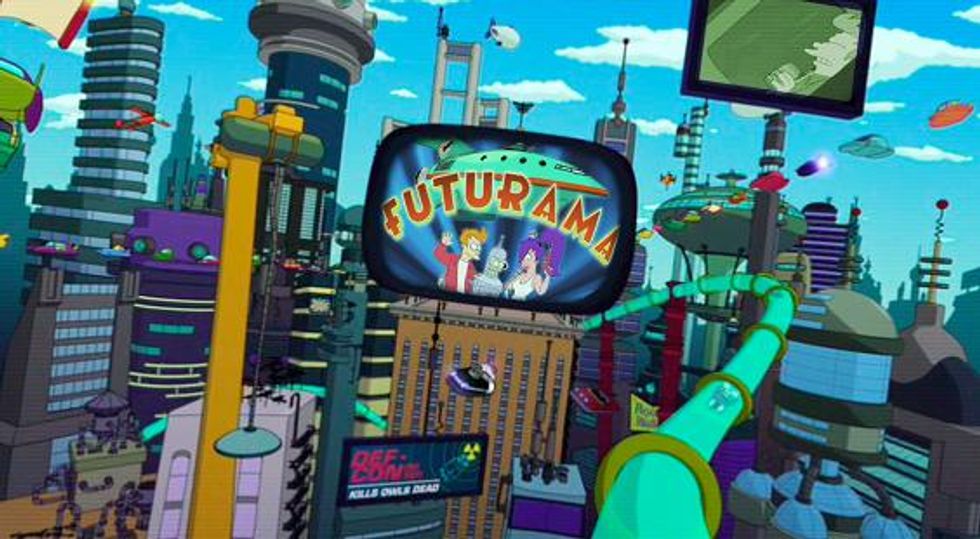 The end of another year is upon us, worthly Wonkette scum. Another year in the books of us reading terrible things about terrible people and then writing about them in joke form for your entertainment, if one can call misanthropic snark about utter morons entertaining. You are all masochists, obviously, and leading you through the feverish and diseased minds of the wingnuts has been a joyless slog for us. So what better way to mark the end of 2013 than with a look back at some of the terribly dumb and inaccurate statements made about science and medicine that we remarked upon as we trampled through the saw grass and muck of the swamps on the American right? Come, let us reminisce together.

Reproduction! How does it fucking work? If you are a wingnut, you don’t seem to have much of an idea. Oh sure, you are aware that the P-E-N-I-S should go in the vagina because the Bible says so and how else can babbies form? Except they won't if you are a slut who likes to take slut pills to keep from getting pregnant when a man puts his P-E-N-I-S in your vagina, because those pills, according to pastor and derp geyser Kevin Swanson, will murder your babies in your womb, so that your private parts are now a mass grave containing lots and lots of fetal corpses. Actual little dead babies studding your uterine wall! We think Edgar Allan Poe wrote a story about this, “The Tell-Tale Uterus.”

Of course none of this talk of pregnancy and preventing such means anything if you are not having what another Texas legislator (hmmm, Texas, we’re seeing a theme here) called “accurate intercourse,” presumably as opposed to the inaccurate kind that occurs when a man aims his P-E-N-I-S for your vagina and sticks it into your ear instead. Fellas, we can’t stress this enough: please do not spear your lady’s brain like a shish kabob by shoving your cock into her ear.

Wingnuts didn’t do much better when trying to discuss the environment. It’s a divisive issue. Some people (scientists) think the planet is in a climatlogical death spiral that will end in it becoming an uninhabitable hellscape, but others (paste-eating non-scientists) know that the invisible sky man just won’t let that happen. Who’s right? We’re pretty sure not Ed Orcutt, legislator from the great state of Washington, who triumphantly pointed out to a constituent that bicyclists, because of their increased rate of respiration, emit more destructive carbon dioxide into the air than your average car. Presumably this applies to anyone engaging in strenuous activities, so perhaps Rep. Orcutt would also like to outlaw exercise. Sorry, people who want to live long and healthy lives!

Despite the continued presence in our world of millions and millions of environmental Death Stars known as bicyclists, we do seem to have arrested the problem of melting polar ice caps. Sure, coastal cities might disagree, but the founder of the Weather Channel says that polar bears are doing great because the white man civilized the savage Eskimos that used to hunt the bears. So no need to worry about their disappearing habitat and food supplies. We know this must be accurate because a spokeswhore for Exxon said the same thing, and when was the last time a big oil company lied to us?

Ah well. The planet warming up means more photosynthesis, and according to Steve King this is good for some reason. We would argue that since organisms use photosynthesis to fuel their activities, more of it might give rise to a race of super-smart algae that would conquer our civilization and enslave all of humanity in its chlorophyll processing centers, but we’re not as smart as Steve King. Plus human McNugget Dana Rohrabacher assured us that a shipwreck in the Great Lakes in 1910 means that big storms have always been with us so climate change isn’t happening, and we should ignore any scientific evidence that a warmer atmosphere will lead to giant destructive wildfires and hurricanes and tornadoes occurring with greater frequency. Specifically mention that to the people of Moore, OK the next time you are passing through what is left of their town and see them huddled in the wreckage.

At least we can sleep easy knowing that future generations of Americans will not engage in any dangerous science-related activity thanks to the textbook publishers of – where else – Texas. But just in case, House conservatives killed any effort to name a National Science Laureate, because who knows what kind of wild-eyed radical might have snuck into that figurehead position and said something outlandish in a video shown in a school somewhere? Our children might have gotten excited about learning science, and we can’t have that!

On the other hand, none of them will ever improve on these wingnuts’ attempts to build a death ray that would kill Muslims by shooting radiation at them. So we guess we can end this review by being thankful for small favors.