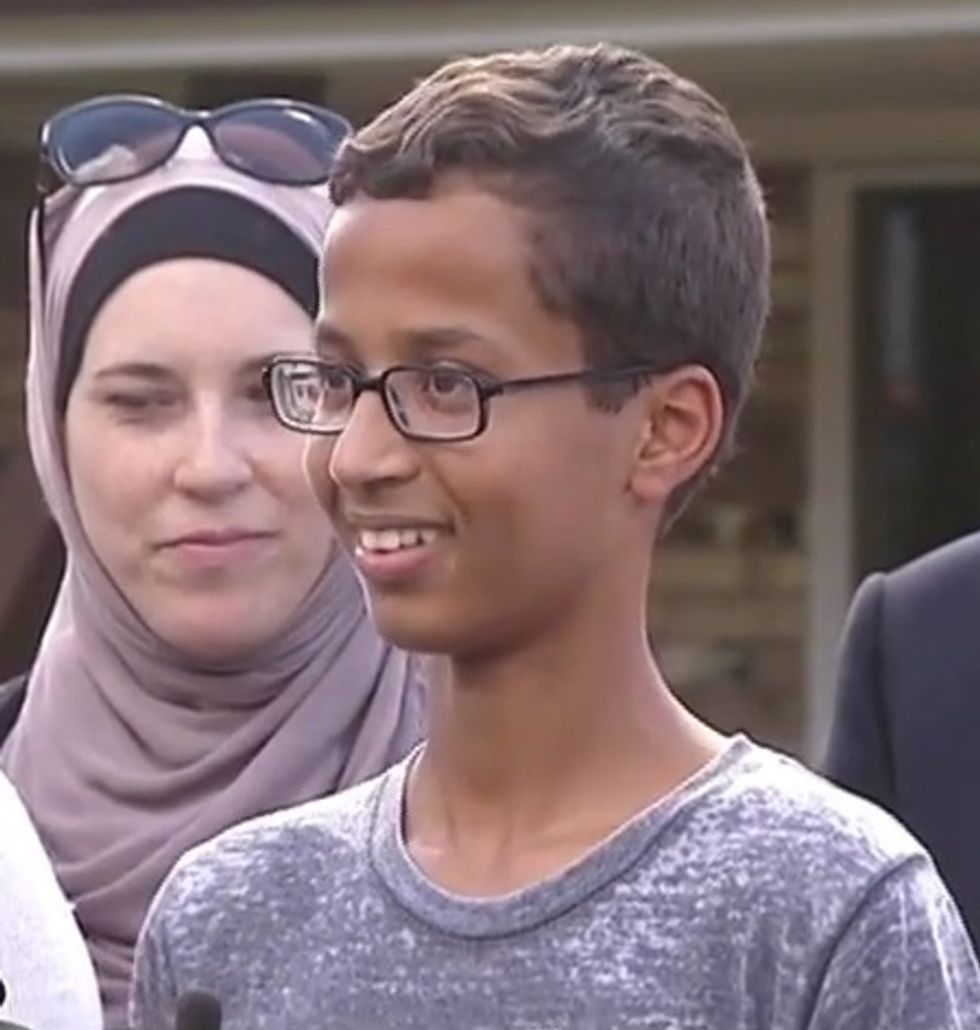 Of course there's a backlash. Couldn't possibly have any story about a Muslim kid mistakenly accused of making a hoax bomb and then showered with love from fellow geeks, and have that be the end of it. Gotta gin it up into yet another front in the Culture Wars.

So far, the rightwing backlash has come in three flavors, frequently mixed together for a delicious swirl of fear and paranoia. The mildest version is a defense of the school and the cops: "Well, of COURSE they thought it was a bomb! Just look at the thing! It looks like a bomb in a movie!" After all, the catchphrase "if you see something, say something" mindset has Kept Us Safe since 9/11, hasn't it?

Flavor two is that liberals are hypocrites to complain about Ahmed's treatment, since their paranoia over guns has led to Zero Tolerance policies everywhere, and kids are also punished for chewing their Pop-tarts into the shape of a gun, and no liberal has ever complained about that (WRONG).

The final flavor is a more toxic brew in which Barack Obama is manipulating the reaction to Ahmed's story, either naïvely in the cause of divisive political correctness, or to deliberately make it easier for Muslim terrorists, his natural allies, to move among us. And maybe the whole thing was a set-up by Obama and his Muslim minions from the start!

As an example of the first stream of dopey justification for the school's overreaction, we have Andrea Tantaros on Fox News's "Outnumbered" Thursday, explaining that the school was right and Obama should butt out and keep his fool mouth shut: