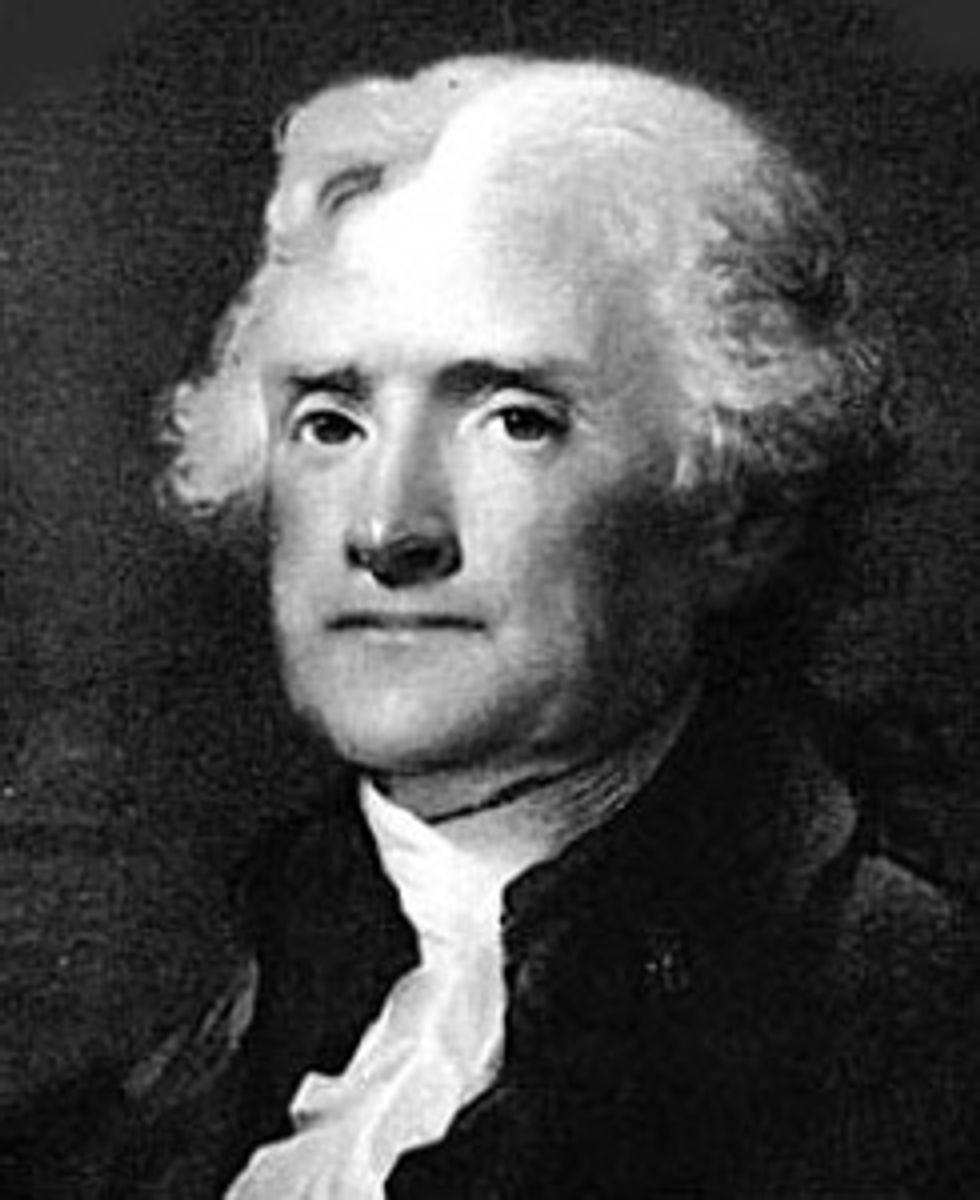 Certain factions of "Founding Father truthers" are still unable to reconcile themselves to the generally-accepted historical and DNAevidence that white Founding Father squad captain Thomas Jefferson was perenially knocking up one of his black slaves, mostly for the twin reasons that a) as the American reincarnation of Jesus, Thomas Jefferson was not supposed to be sleeping around, and b) he was white. So you see the problem. The Thomas Jefferson Heritage Society has a new book showing that none of it actually happened based mostly on the fact that DNA tests in 1998 only link Hemings's descendants to "some Jefferson guy, so, uh, probably his brother Randolph."

From the Moonie Times:

In a book due out Thursday, eminent scholars say it’s unlikely that Thomas Jefferson fathered Sally Hemings' children, disputing a decade’s worth of conventional wisdom that the author of the Declaration of Independence sired offspring with one of his slaves.

The debate has ensnared historians for years, and many thought the issue was settled when DNA testing in the late 1990s confirmed that a Jefferson male fathered Hemings' youngest son, Eston. But, with one lone dissenter, the panel of 13 scholars doubted the claim and said the evidence points instead to Jefferson's brother Randolph as the father.

The scholars also disputed accounts that said Hemings' children received special treatment from Jefferson, which some saw as evidence of a special bond between the third president and Hemings.

“It is true that Sally's sons Madison and Eston were freed in Jefferson's will, but so were all but two of the sons and grandsons of Sally's mother Betty Hemings who still belonged to Thomas Jefferson at the time of his death. Sally's sons received by far the least favorable treatment of those freed in Thomas Jefferson's will,” said Robert F. Turner, a former professor at the University of Virginia who served as chairman of the commission.

This seems like an awful lot of effort to go to when all they had to do was edit the Wikipedia page. [Moonie Times]