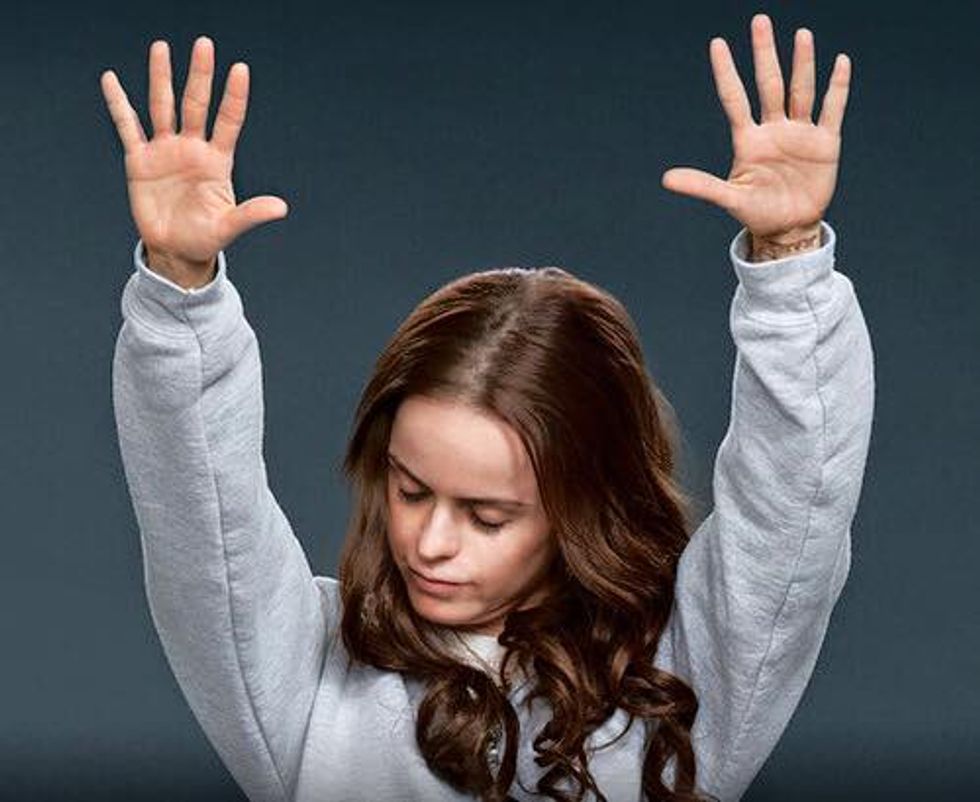 When news broke that the Supreme Court had forcibly crammed gay marriage down the throatholes of every God-fearing American, our first instinct (AFTER CRYING) was go check Bryan Fischer's Twitter-Twatter page. And he had said nothing! "WAKE UP, BRYAN FISCHER!," we said to no one in particular, but apparently we successfully summoned the demon, because HOLY SHIT Y'ALL, he is having a meltdown of the most beautiful, epic proportions. Let's point and laugh as Bryan Fischer explains how gay jihadists have just done a whole new 9/11 to America:

THIS IS SO AWESOME. Wingnuts, the day you feared, the day you've been praying to God and Jesus would never happen, HAS COME. And guess what? Other people prayed harder, and God and Jesus said yes to OUR prayers, and apparently put all YOUR prayers in the "fuck you, loser" pile, with Tim Tebow's prayers.

And what about suspected pee enthusiast Todd Starnes, what kind of wingnut tears is he shedding, for America? Oh, he is just very worried that, just like what happened with the Confederate flag, LGBT activists are going to force Walmart and the other corporations to stop selling anti-gay wingnut merchandise at their stores, or something. He has had a very bad week LOL:

Those are some very good tears!

HEY what about those lovable old scamps at the Westboro Baptist church? Are they crying into a puddle of their own vomit? No, they are celebrating! They are so excited, because this was the day America finally made God SO MAD that He's going to send Jesus to fuck us all up, real soon:

Answer: None of them, Katie! People don't have the right to vote on others' fundamental civil rights.

The Weekly Standard is not being melodramatic or anything:

And neither is super gay-hatin' Catholic activist Austin Ruse:

Oh, suck it up, you big baby. "Our children" are busy being conscripted into service as ring bearers and flower girls for ALL THE GAY WEDDINGS.

Bishop E.W. Jackson, the black wingnut, is pretty sure this Supreme Court ruling is totally illegitimate:

What, like Loving v. Virginia? Well SUCK IT, now a white man can marry a black man in ALL OF AMERICA.

"Though expected, today's decision is completely illegitimate. We reject it and so will the American people. It represents nothing but judicial activism, legislating from the bench, with a bare majority of the Justices on the Supreme Court exercising raw political power to impose their own preferences on marriage when they have no constitutional authority to do so. It is a lawless ruling that contravenes the decisions of over 50 million voters and their elected representatives. It is a decision that is reminiscent of other illegitimate Court rulings such as Dred Scott and Roe v Wade and will further plunge the Supreme Court into public disrepute.

"Make no mistake about it: The National Organization for Marriage (NOM) and countless millions of Americans do not accept this ruling. Instead, we will work at every turn to reverse it. The US Supreme Court does not have the authority to redefine something it did not create. Marriage was created long before the United States and our constitution came into existence. Our constitution says nothing about marriage. The majority who issued today's ruling have simply made it up out of thin air with no constitutional authority. Today's decision of the Supreme Court lacks both constitutional and moral authority. There is no eternal or natural law that allows for marriage to be redefined."

Guess it's time for Brown to GET A REAL JOB, not that he has any readily discernible skills aside from sucking at life and losing debates to Dan Savage.

Here's a hilarious picture of Brian Brown crying when New York got marriage equality. Hopefully he'll update with crying photos from today, because he doesn't look this young anymore:

Tony Perkins, leader of the Family Research Council hate group, is clinging pitifully to his delusion, that this ruling will somehow be like Roe v. Wade, something that divides the nation, when the REALITY is that most of those feverishly opposed to marriage equality will die within a few years, and the rest will be viewed by today's children as a modern-day corollary to the KKK. Sorry, Tony!

Perkins continued in a press release:

"Five justices on the Supreme Court have overturned the votes of 50 million Americans and demanded that the American people walk away from millennia of history and the reality of human nature. In reaching a decision so lacking in foundation in the text of the Constitution, in our history, and in our traditions, the Court has done serious damage to its own legitimacy. No court can overturn natural law. Nature and Nature’s God, hailed by the signers of our Declaration of Independence as the very source of law, cannot be usurped by the edict of a court, even the United States Supreme Court. Americans will not stop standing for transcendent truth, nor accept the legitimacy of this decision. Truth is not decided by polls or the passage of time, but by the One who created time and everything that exists therein. We will not lapse into silence but will continue to speak uncompromisingly for the truth about what marriage is, always has been, and always will be: the union of one man and one woman."

Poor butthurt baby! He should probably brush up his c.v. too.

And finally, this is not a wingnut reaction from today, but from earlier this week. Pastor Rick Scarborough, who most recently appeared on yr Wonkette trying to sue all the gays in America, CLASS ACTION-style, threatened to set himself on fire if the Supreme Court gay-married all of America, right in our butts. To which we simply reply: DO IT, PUSSY.