Wisconsin Cheesedicks, It's Your Turn To Do Some Democracy! 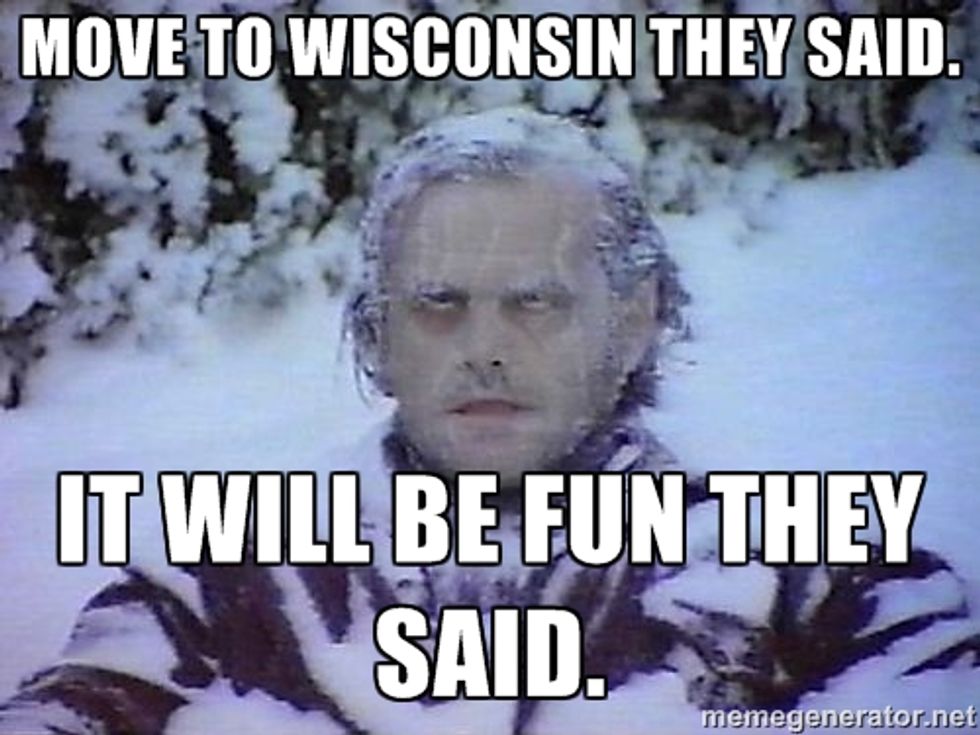 This is you right now, Wisconsin.

Oh hey, Wisconsin people, are you voting right now? YOU SHOULD BE VOTING RIGHT NOW, because today is the day youse guys are supposed to pass through all the stop 'n' go lights on your way to your polling place, so you can say who you want to be your party's candidate in November.

You have some questions, we have some answers which we may or may not be making up.

Where are we voting?

IN WISCONSIN, GODDAMMIT, WE JUST SAID THAT.

Wonkette, stop Googling Wisconsin phrases for your own amusement and say something about the Democratic primary.

FINE. OK, so listen, Democrats. If you are #FeelingTheBern, you may have a good night in Wisconsin! He's up in a lot of the latest polls, and some of the big election-type predictors of election-type things say he's going to win.

BUT. Your gay math baseball boyfriend Nate Silver says it's a toss-up on the Dem side, so maybe it will be Hillary!

WONKETTE PREDICTION: Either Bernie Sanders or Hillary Clinton will win, and you will all be dicks in the comments either way.

And what about those Republican fartbags?

Uh, it looks like Ted Cruz is going to win. ALL the smart people say so. We're not sure why Wisconsin is feeling the Cruz-mentum, except for maybe how it is close to Cruz's home state of "Canada." Maybe primary voters have been turned off by Trump seemingly accusing Heidi Cruz of being such a secret-keeping ugly lady. Maybe Wisconsin GOP-ers just really like punchable foreign-born faces.

WONKETTE PREDICTION: Ted Cruz will win, so we'll be treated to another round of Ted Cruz Never Shutting Up Ever Again about how he's so going to win the nomination FOR REAL. Unless Trump somehow wins, that could happen too, we guess.

And then when everybody is done voting, all the everybodies of Wisconsin go home and put cheese on top of their nightly serving of apple pie, which is gross. That is what happens, right?

According to this article, people in Wisconsin do that! And you are right, that is gross. Stop doing that, Wisconsin!

Will you be liveblogging?

For one state? Shit no. But we will have an Open Thread Potluck Bar And Grill Christian Fellowship time, where we can all watch the results come in together in the comments! How's dat? You happy? Good.