Wisconsin Democrat Yells At GOP While Dressed As Confederate Soldier. As You Do. 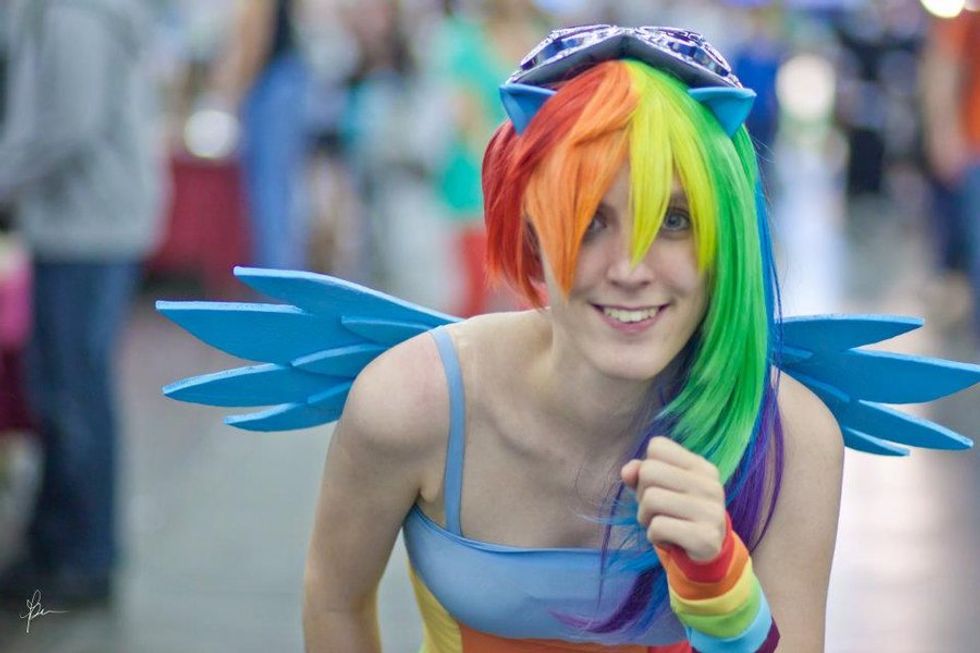 We have to say that this cosplay display by Wisconsin state Rep. Brett Hulsey (D-Awesomesauce), a replacement for the stunt where he promised to hand out KKK hoods at the state Republican Party convention this weekend, is very, very, insensitive and unkind in its implication that GOP policies are motivated by racism. Look, just because a few of Scott Walker's aides have been fired for sending racist emails, and the R's have done everything they can to kill Medicaid expansion and stuff, doesn't mean that it's fair to suggest that Wisconsin Republicans are racist. Besides, neither was the Confederacy.

Also, too, Hulsey has dropped his plan to distribute the KKK hoods, saying

“Sometimes even I have to pull back from the edge,” Hulsey said Friday, admitting to reporters he never seriously intended to hand out the three handmade hoods he left folded on the front seat of his car. “My goal here was to get press attention, and I got it,” Hulsey said.

Hulsey's decidedly trollish stunt was broadly condemned by butthurt Republicans and giggle-stifling Democrats alike, because you Just Do Not Joke About the Klan, unless of course you have a hilarious email image of Barack Obama and Jeremiah Wright as Klansmen (although of course the preferred meme is that he's some kind of ape-man, haw haw).

Sadly, Hulsey was not welcome at the hotel where the convention was being held, even though he put a lot of work into his costume, which the Wisconsin State Journal tells us was put together from "thrift store finds":

including a gray suit jacket and wool slacks, yellow tape, a yellow sash, sports medals, a bolo tie and a straw hat that also serves as a solar cellphone charger.

Hulsey was escorted from the convention hotel before he could get to the convention floor, possibly because the local Confederate re-enactors' guild was offended by his uniform's utter disregard for period authenticity. We'd like to think that, as he was taken away by hotel security, Hulsey remembered to shout "I built this!"

Follow Doktor Zoom on Twitter. He's well aware that some people can pull off cosplay, and others, sadly, should not try.