Wise Teen Girl Proves Benefits Of Home-Schooling: Being Gay Turns You Into A Duck 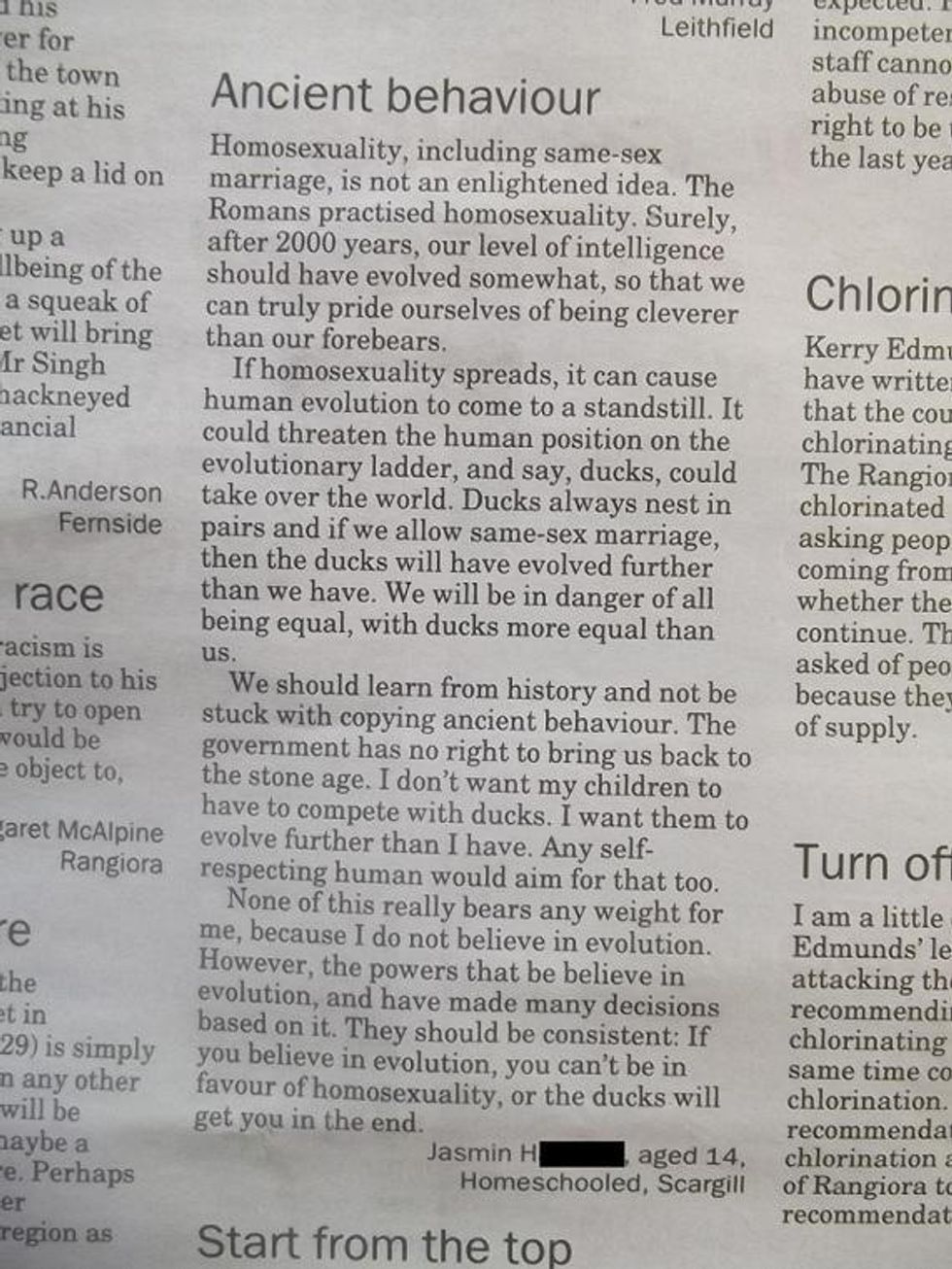 Parents! Have you ever wanted to rip your kids from the dastardly public school system, but worried that your own lack of education (and terrible laziness) would turn your children into raving dolts? Well worry no more, as a website for LGBT people with mental health issues in New Zealand (there really is a home for everyone on the World Wild Web!) points us to the following letter to the editor from 14-year-old Jasmin H., who proves handily that home-schooling your children leads inexorably to wisdom, logic, and insight. Jasmin weaves together a plethora of data points in a tour de force that explains that since the Romans did homo stuff in each other's butts, evolution proves that being gay makes you compete with ducks, if evolution were a thing which it obviously isn't. Let us gaze upon it in wonder together, after the jump!

Now, we once knew a home-schooled family of the right-wing Christian variety where the children were truly smart, lovely and upstanding, and the mom honestly took her duty to educate them quite seriously. We once paid those kids $5 to feed our dog for the weekend, and they not only did so, but they walked her, they brushed her, and they picked up her poo. Obviously, this was a home-schooling family of righteousness.

And if they'd written a letter to the editor about homosexuality destroying society, which wouldn't surprise us, it would have made a lot more sense.