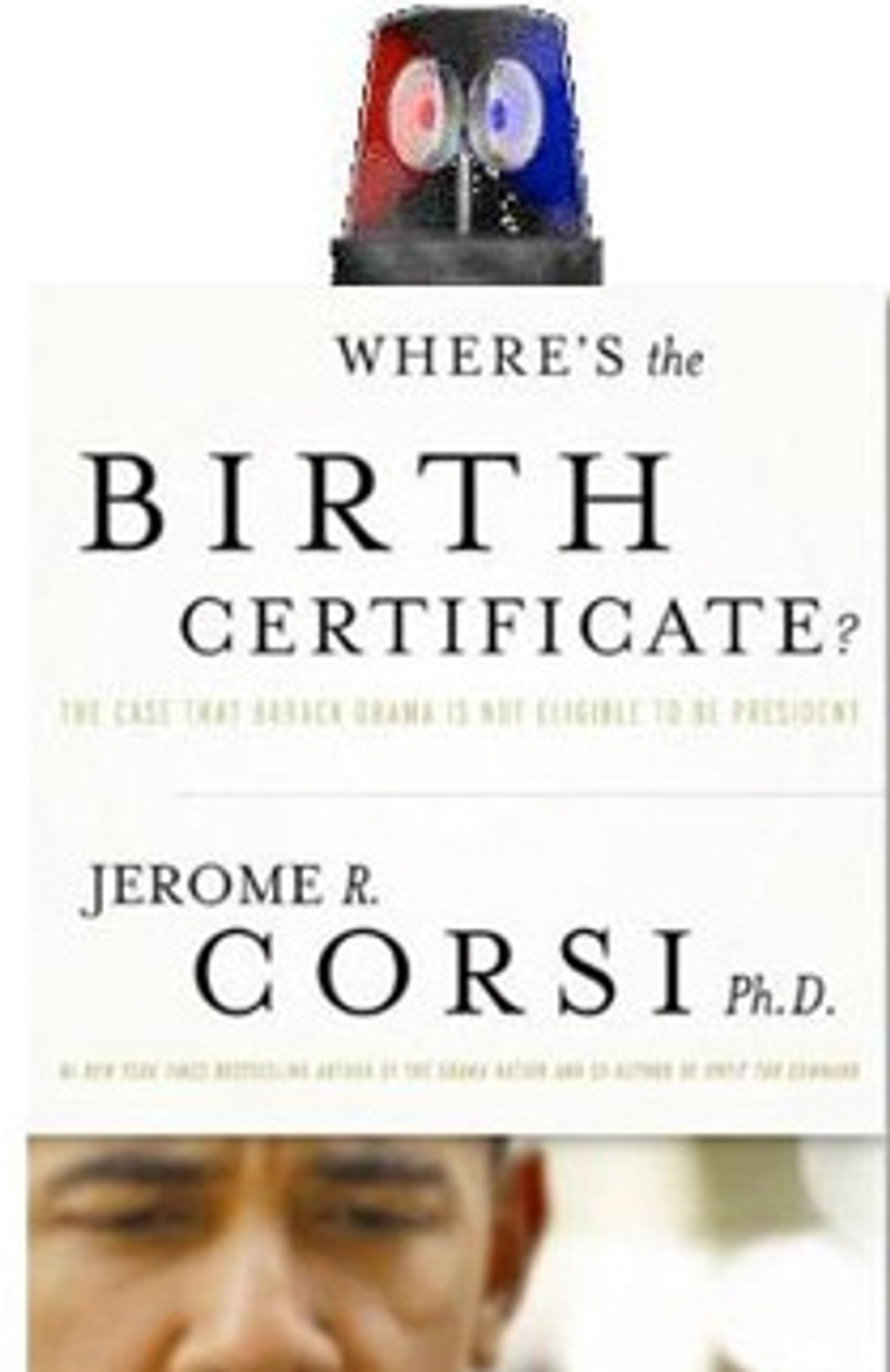 This morning,Esquire's politics blog put up a fake joke post about WorldNetDaily's Joseph Farah finally coming around and realizing he was wrong about President Obama's birth certificate, and was pulling back the release of his hilarious fact-denying organization's new book on the matter. The joke here is that it goes against the very biology of Farah to change his mind of the face of glaring facts that disprove the various conspiracy theories that are his business. But because the goal of the news media today is not to report news, but to be the first to aggregate somebody else's work, a few media people didn't really read it and reported this joke as fact. This is, of course, yet another plot by the White House to silence Farah, he says.

WND founder and CEO Joseph Farah confirmed he never spoke to Esquire. "Never uttered these words or anything remotely resembling them to anyone. It is a complete fabrication."

Haha, yes, that was the point!

He said, "The book is selling briskly. I am 100 percent behind it. This has all the earmarkings of a White House dirty trick – but, of course, only the Nixon administration was capable of dirty tricks like that, according to our watchdog media."

Yes, we never noticed how the media keeps re-reporting Watergate every year—trying to tell the public that Nixon is still president, tape recorders are huge devices, and if the story seems familiar, the readers are just idiots. But it all makes sense now! Just look at this very blog! Literally every single post is about what G. Gordon Liddy's favorite iPad games say about him and details from H.R. Haldeman's secret meetings with Justin Bieber.

But WND knows the truth! Famous magazine Esquire put some random Kenyan (probably a marathon-running rapist) into the office while the press kept up the ruse that Nixon still had the job.

"This is an astonishingly reckless report by a company that has demonstrated its total disregard for the truth," said Farah. "I don't know who Esquire's anonymous sources are, but I can only guess that their address is 1600 Pennsylvania Avenue."

As a company that has itself demonstrated its total disregard for the truth time and again, WND knows when people are just doing it recklessly. AMATEURS! [WND]