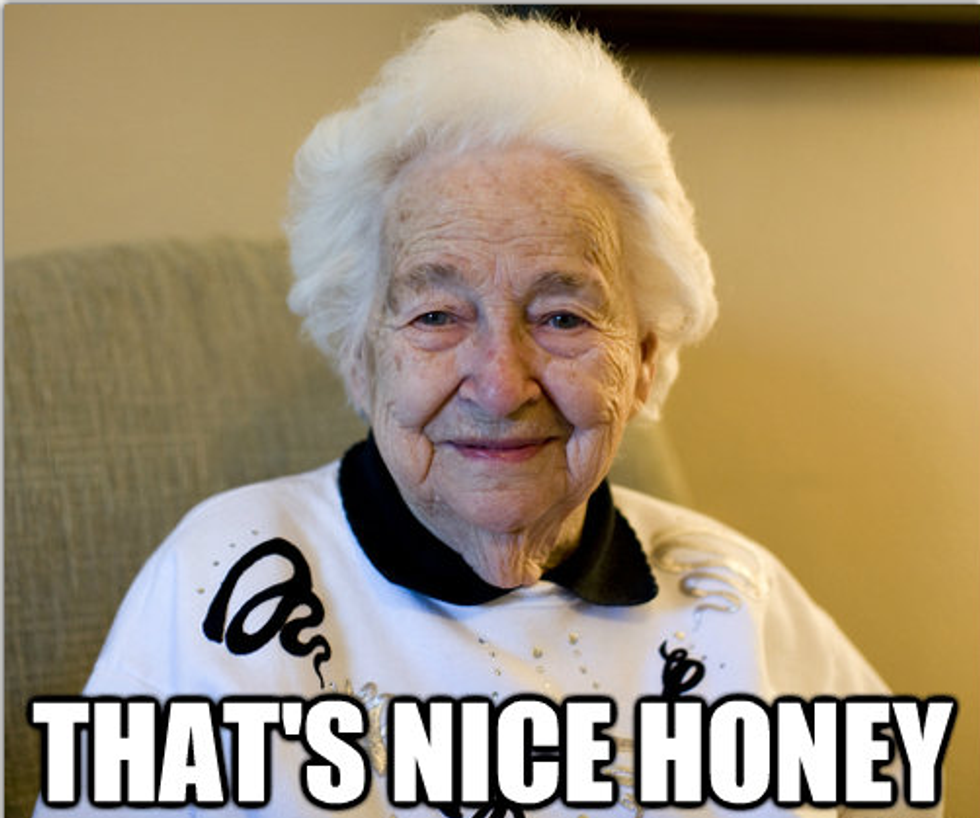 Wingnut's wingnut Dr. Jerome Corsi, Ph.D., has pretty much had it with this "Barack Obama Birth Certificate" nonsense. That is just SO 2008-2013. Now he's onto a fresh new thing:Hitler. Oh sure, you may scoff -- Hitler died nearly 70 years ago, after all! But "Hitler Escaped" stories are the little black dress of conspiracy theories -- so basic, so simple, yet endlessly variable, and always timely. Let's see how Dr. Jerome Corsi, Ph.D., fills out this sexy little number.

Corsi's flogging a new book called Hunting Hitler: New Scientific Evidence That Hitler Escaped Nazi Germany, which sounds pretty convincing, because after all, it's got science in it. For instance, consider these scientific facts:

no one actually saw Hitler commit suicide. There are no photographs documenting a joint suicide of Hitler and Eva Braun, and the bodies of the two were never recovered or preserved for positive identification.

Also, too, DNA analysis of the skull fragments that a Russian museum claimed was Hitler's showed that they belonged to "a 40-year-old woman unrelated to Eva Braun," which might suggest to some that Hitler died like we all thought he did, and the Russian museum had the wrong skull. But this is just one part of the science puzzle that Corsi unravels!

Even more tantalizing, Corsi claims to have found evidence that Hitler escaped to Argentina "with the help of U.S. intelligence agents that had been secretly working with the Nazis since 1943," because that is pretty much exactly what the U.S. Government would have every logical reason to do. Not only that, but Corsi has found many references to Hitler's arrival and later life in the Argentine press! We, too, have seen multiple references to how Elvis faked his death, in the American press, as well as in documentaries such as Bubba Ho-Tep.

For those who enjoy a good debunking/popular myth unraveling kind of thing, there actually is a pretty good book to look into, Donald McKale's Hitler: The Survival Myth. Spoiler: He's dead, Jim.

But if you really want to feel just a teensy bit sad for poor Dr. Jerome Corsi, Ph.D, once the big man on campus at Wingnut A & M, just take a look at the comments on the WND piece pushing this new book -- not even his usual crowd are taking him seriously, the poor schlub. They're mostly divided between outright derision of Corsi and, from people who can't quite bring themselves to mock him, comments about how the REAL Nazi we have to worry about is the communist in the White House. And then there's the guy saying that this is just proof that Corsi has sold out, to distract us from the imminent End of Days. Oh, Internet. We wish we could quit you. Or at least hide from your howler monkeys now and then.