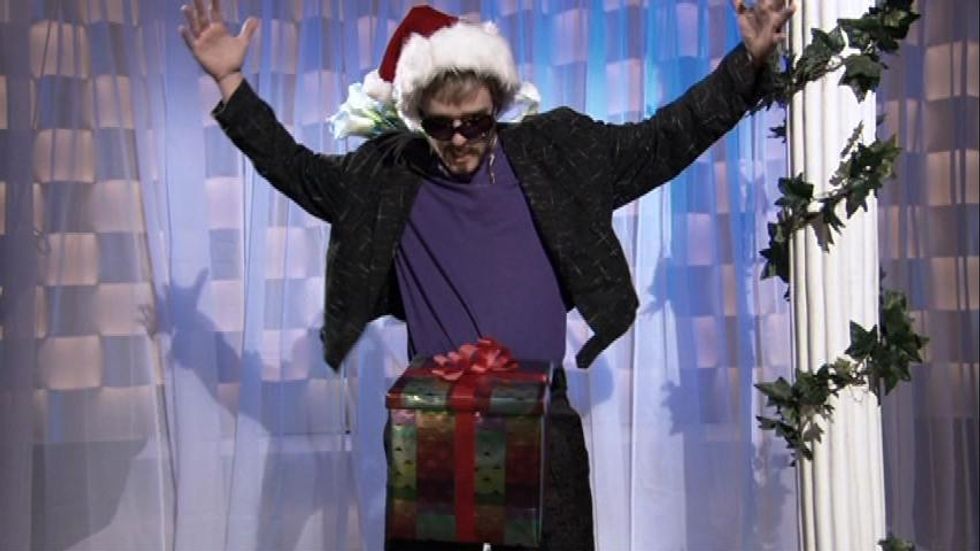 Another mega-church is closing several branches (they have branches? what the fuck?) because of obvious anti-Christian sentiment over a few flippant remarks Pastor Mark Driscoll made that feminazis are taking WAY out of context. Women … amirite? Back us up, all you god-fearing Wonketeers. Seriously, what’s wrong with this:

“Ultimately, God created you and it is his penis. You are simply borrowing it for a while,” Driscoll wrote under the name William Wallace II in 2001. “Knowing that His penis would need a home, God created a woman to be your wife and when you marry her and look down you will notice that your wife is shaped differently than you and makes a very nice home.”

Ladies, when you marry, you make a NICE home. What’s wrong with a purpose-driven life as a penis receptacle? It’s not like he called you a cum-dumpster, and you are certainly ranked several steps higher than inanimate objects like gym socks and warm apple pies.

Here’s the story of what happened:

Washington megachurch Mars Hill announced that it is closing several branches, and has dismissed a pastor after he recently called for the resignation of founder Mark Driscoll, who had created controversy with his anti-LGBT and anti-woman views.

Seriously, who would call this anti-women? Just because he reduced your entire identity as a human being to your vagina, the sole purpose of which is pleasuring and housing peni. Sounds like sound theology to us. However, there are few issues we have with the Good Lord’s holy messenger on earth that we would like some clarification on:

Now before you think that our good Pastor Driscoll is just flying by the seat of his pants, he has really thought this through. He put time and energy into the analogy, and he will not let it die a quick death:

“Therefore, if you are single you must remember that your penis is homeless and needs a home,” he continued. “But, though you may believe your hand is shaped like a home, it is not… And, if you look at a man it is quite obvious that what a homeless man does not need is another man without a home.”

Your hand might feel like a home, but it is just a temporary residence. Not even that. It is nothing like a home, because it is not connected to a woman, and all women are homes and all homes are women. None of this #NotAllWomen bullshit. #YesAllWomen.

Also, two homeless dudes will never make it in this world. Their peni will keep bumping into each other or perhaps become confused and not know what a true home looks like. Which brings up more questions for the good pastor:

We here at Wonkette are staunchly against homelessnesses of all kinds. Since homes come with many rooms, all the female Wonkette writers have agreed to an Airbnb-type situation to deal with the homeless peni epidemic.