Wonkette At Your Service: How Locked-Down Boston Area Stoners Can Survive Pre-4/20 Raids 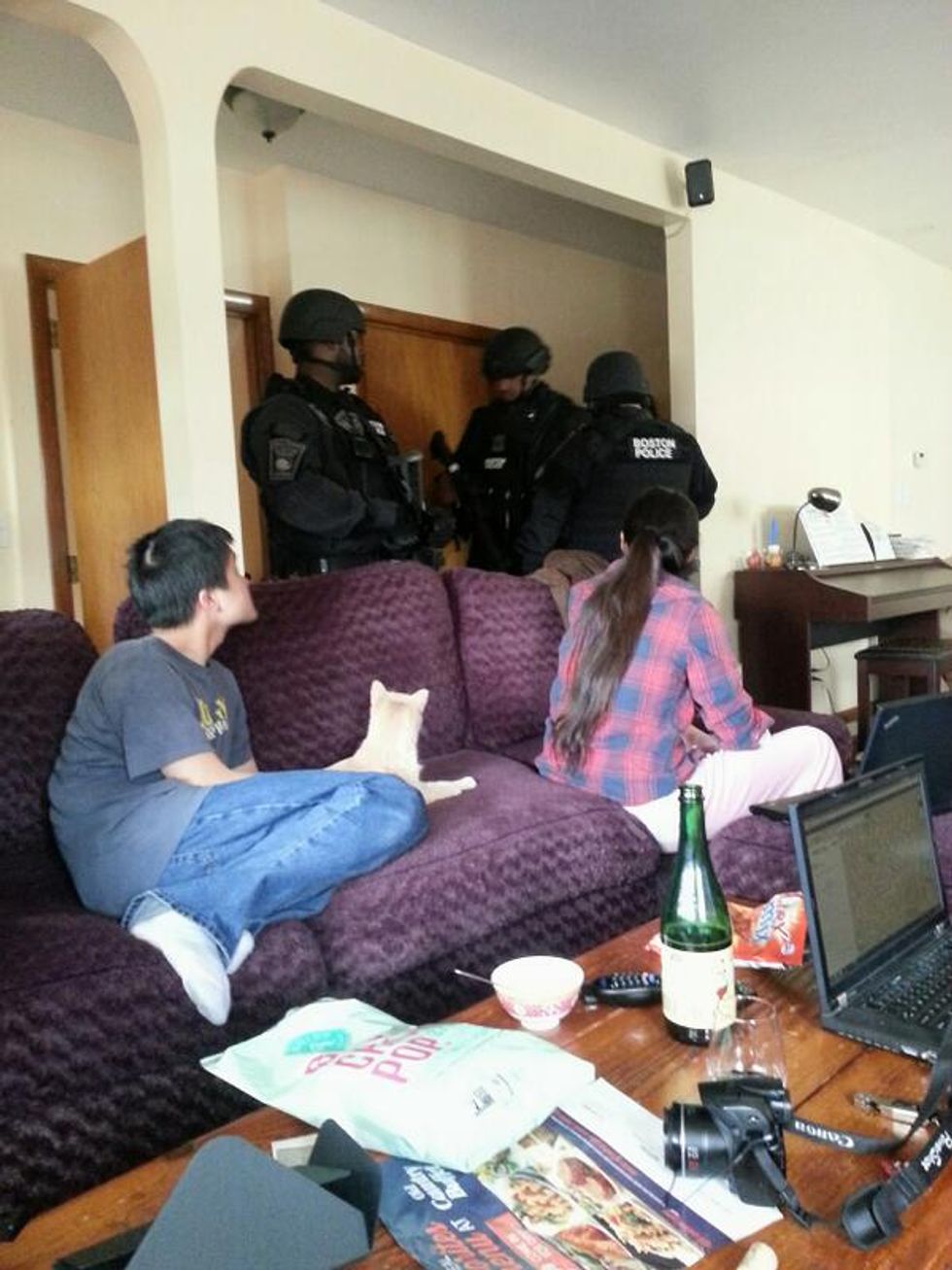 As the rest of the country eagerly waits for the authorities to capture Dzhokhar Tsarnaev in order to bring some closure to this week of awful, Boston area residents remain under a strict lockdown that has been in effect for almost 12 hours now. As one would expect, a degree of cabin fever/stir-craziness is beginning to set in. This is especially tragic given that this is one of the few weeks where Bostonians can go outside without being knee-deep in black slush.

While the 617 remains unanimously appreciative and understanding of the efforts by the police/military to apprehend Tsarnaev, this door-to-door manhunt could not have come at a worse time. As somemost all of Wonkette’s devoted readership knows, tomorrow, April 20, is the high holy day for stoner-ism. So suffice it to say, many Bostonians might be a bit hesitant to let the Police poke around their apartments on a day when even the lamest Tufts grad student is carrying a dime bag.

BUT DON’T FRET! Yur Wonkette is here to help. So here are some tips for you dry-mouthed and red-eyed residents of Waltham, Watertown, and anywhere else at risk of a surprise visit from the understandably stressed out members of the BPD.

1) SMOKE ALL OF YOUR STASH NOW: So your fuck-up cousin Sully from Revere got you a ton of ditch weed just for this Saturday. However things have changed and saving it is a worthless idea right now. Why? ‘Cause it's Friday; you ain't got no job (by order of the Governor)... and you ain't got shit to do (besides watch even MORE Parks and Rec). Who knows, it might even help you sleep through the constant whirring of that Blackhawk circling around your house.

2) PUT YOUR STASH IN A DRAWER: Now your Wonkette might just be a measly law student and therefore entirely unqualified to give “legal advice.” However it seems that if the Police are justifying door-to-door searches because of the exigent circumstances of a lunatic bomber on the loose, that they are probably limited to searching areas of your house that could hypothetically fit said lunatic. Therefore that brick of Sour Diesel that your buddy “Fridge" Greyhounded back from his trip to California last March is probably safe if you keep it in your dresser under a few old Pedro jerseys.

3) DO NOTHING: Seriously do you think that some poor Sergeant on his 5th straight Alpha/Bravo shift is going to give a solitary fuck if he sees your Krusty the Klown bong on the coffee table? Probably not. Offer the nice gentlemen in the tactical gear a Harpoon or the Porchrocker from the Sam variety pack and he’ll either graciously accept or tell you to stop being a smaht ass. Either way you are probably fine.

Best of luck! And remember that there’s no such thing as TOO many naps when under psuedo-martial law.