Wonkette Book Club: Should The South Just Go Ahead And Secede? 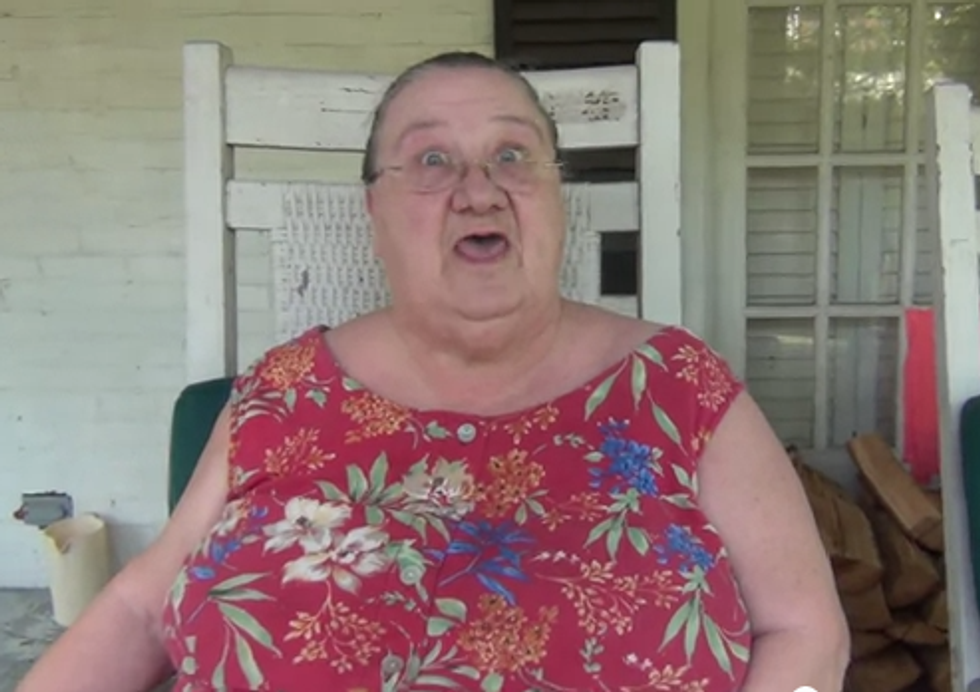 God knows that every time Your Wonkette runs a story about some new idiocy coming out of a former state of the Confederacy, incredulous commenters have to ask "Why did we even let them rejoin the Union?" Travel writer Chuck Thompson decided that the question was worth exploring beyond the level of snotty blog comments (not that there's anything wrong with those*), and the result is Better Off Without 'Em: A Northern Manifesto for Southern Secession. Thompson argues that despite getting back together after that big tiff a while back, the North and South just aren't that into each other, so maybe it's time to talk about divorce. He also insists he's quite serious about all this, even if he's grinning. But yes, he says, let's take the Rick Perrys at their word:

One way or another, the social, political, and economic gridlock that's paralyzing this country has got to be broken... [No political candidate] is bold enough to acknowledge the Rebel elephant in the room. None is willing to consider the possibility that breaking up the country through peaceful secession might be the most sane and effective way of saving it.

Thompson fleshes out his proposal with a detailed (albeit selective) examination of topics at the root of our national family fights: Religion, politics, race, education, and economics (and also, in a strange chapter smack dab in the middle of the book, college football -- Thompson invites readers who don't care about f'ball to treat it as a halftime break, so we mostly skipped it). He combines two years of travel and interviews throughout the South with a variety of data mined from history, journalism, and academic papers, plus some unapologetic stereotypes that he acknowledges are unfair and comically outdated, but justified "since few things are as hilarious to the northerner as a well-placed Snuffy Smith zinger."

What it mostly comes down to, of course, is good old culture-war politics: It's not so much that Southerners want "to refight the Civil War," Thompson suggests, as that "far more of them want to refight the 1960s" -- not merely the end of Jim Crow, but also the rise of feminism and the gay-rights movement, the loss of respect for authority and the military, and of course those damn kids with their drugs and their long hair and their rock-n-roll music. Perhaps it would be best, Thompson suggests, if we just stopped pretending to be a single nation:

a union based on such diametrically opposed approaches to societal organization -- uncompromising Bible literalism versus protean secular law -- is like a bad marriage that needs to end in order to save the children from turning into the same dysfunctional assholes as the parents.

Beyond bizarre manifestations of Biblical literalism like Kentucky's tax-subsidized Creation Museum, Thompson sees fundamentalist certainty about the primacy of faith over evidence, combined with dogged romantic love of "The Lost Cause," as the root of political obstructionism on everything from funding women's health services through fights over raising the nation's debt ceiling. It's not merely that Southern politicians cite the Bible "as if it were the official law of the land;" it's also that

Those who hold that God's law is immutable arrive in the nation's capital armed not with the diplomat's skills of persuasion and compromise, but with the fanatic's conviction that negotiation with infidels equals sin.

In addition to the obvious God Fights over abortion and gay marriage, this absolutism "makes a moral imperative of opposing the heathen's political interests...be they tax relief for the poor or calls to fight childhood obesity."

And so, since there's "no more reason now to expect the South will start cooperating with the rest of the country than there was in 1860 or 1960," maybe it's time to split up and pursue separate destinies. The North, free of Southern obstructionism, could have high-speed trains, Keynesian economics, and single-payer national healthcare, and the South, free of Washington interference, could finally prove that prosperity flows from eliminating such impediments as unions, burdensome regulations and taxes, and the culture of dependency fostered by entitlement programs. After a while, "Americans would start thinking of the South as another Mexico, only with an even more corrupt government."

Would it be easy? Of course not -- and Thompson outlines some of the daunting practical dfficulties that would have to be addressed, such as economic and military treaties (he proposes that the South-less USA would maintain "Gitmo-like treaties on military facilities" in the CSA), allowing people to transfer citizenship for X number of decades, and so on. And as one of the southern academics he speaks to points out, Thompson simply assumes that a split would go forward following the North-centric blueprint his book proposes. For instance, Thompson would keep Texas in the USA, politically "Southern" though much of the sate is, mostly because it's too economically important to let go. But why would Texans or the CSA go along with that? And what happens when a non-contiguous redneck state like Idaho wants to join the CSA?

Ultimately, these details are sort of like arguing about whether Darth Vader could beat up Gandalf, because we're now into the realm of fiction -- this just isn't likely to happen, and we are pretty much stuck with each other. Even so, Better Off Without 'Em makes for a fun, engaging read -- let's call it speculative nonfiction -- and would make for a fine night of beer-fueled argument. Also, where can we join a book club that has beer?

Better Off Without 'Em: A Northern Manifesto for Southern Secession, by Chuck Thompson, Simon & Schuster, 336 pages, $14.47 (Hardback). Kindle edition $11.99. (Use these linkies -- or in fact buy anything at all via the Amazon box on the right side of the page -- and Your Wonkette gets a cut of Jeff Bezos's filthy Amazon Ameros.)

* (hat-tip to longtime Wonketteer Dean Booth for calling our attention to this book in exactly such a comment thread!)