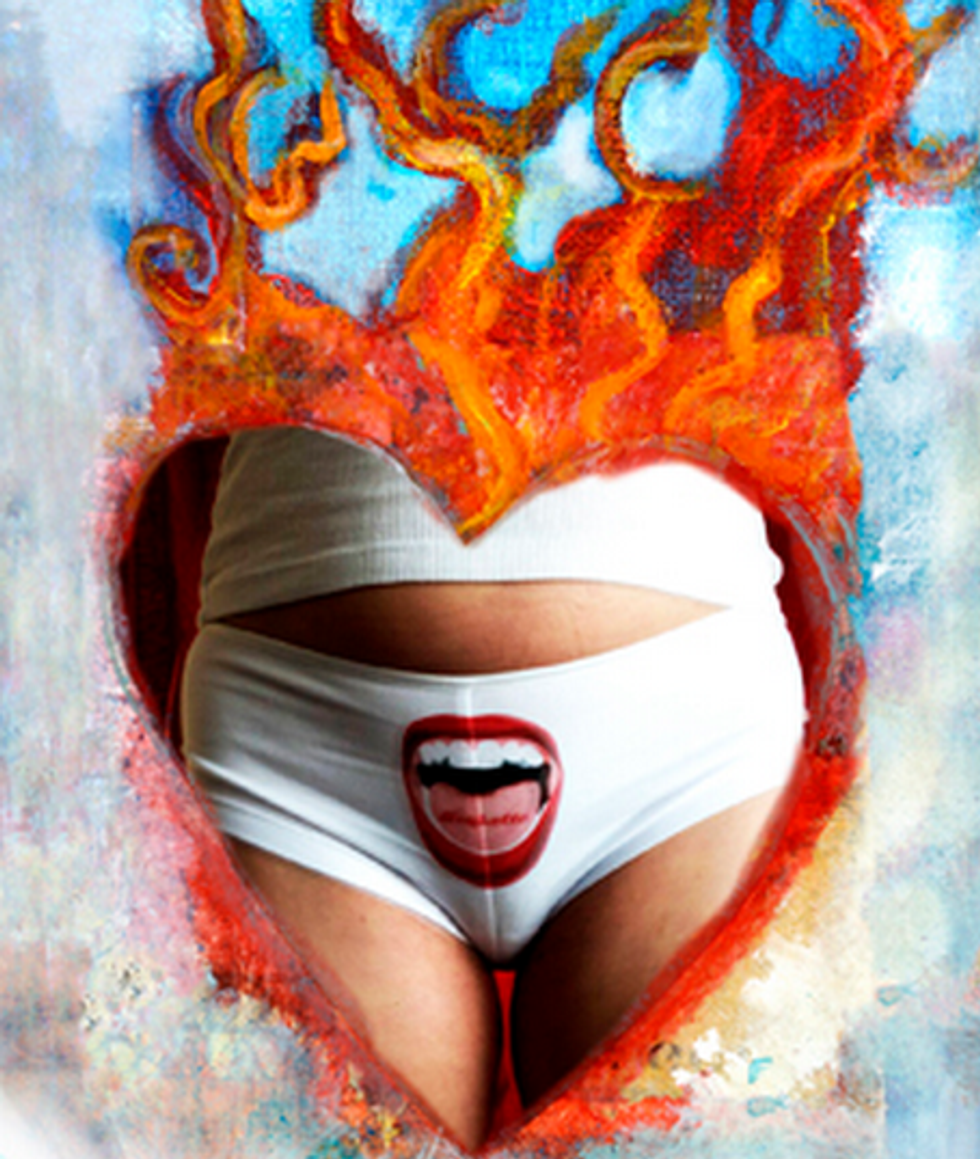 June 23, 2015, will go down as the day America's corporate overlords realized products bearing the symbol of the Confederate battle flag, which commemorates a group of traitors no better than those who leave America to fight alongside ISIS, are BAD. This came after two days of wingnut Republican elected officials coming to Jesus on the subject of the traitor flag, we assume because their internal pollsters told them that the numbers of of Americans horrified by the murder of nine black churchgoers far outweighs the tiny cohort of cousin-humping bubbas who think the flag represents the Real America.

On Tuesday, those cousin-humping bubbas obviously realized there was a reckonin' a-comin', so they rushed to stock up on traitor flag shit, with Amazon showing a 2305 percent increase in Confederate flag sales. But OH NO SADFACE, Amazon is going to quit selling all that stuff. Sears, Kmart, and eBay are discontinuing loser racist flag paraphernalia as well. EVEN WALMART, which is like Mecca for racist assholes, is following suit. "Et tu, Brute?" the bigots would ask Walmart, if they had enough book-larnin' to get that reference.

We joked in the secret Wonkette chatcave that all the racist fuckweasels would have to get their fix on Etsy now, but ha ha, NOPE! Not that either. And Valley Forge Flag Company, one of the big flag-makers what supplies all those companies, isn't even going to MAKE them anymore! Gonna have to sew your Confederate flags yourselves, until tyrant Obama bans blue and red thread.

Wonkette feels compelled to announce that we will NOT be discontinuing the sale of Confederate flag-themed apparel, because we never sold it in the first place! We DO, however, have Panties With Teeth (pictured above!), which have never been used to oppress ANY minority group, historically or in the present day. In fact, Wonkette Panties With Teeth are 100 percent scientifically certified to look FUCKIN' HAWT on people of all races, religions, sexual orientations, political persuasions, and any other categories we are currently forgetting.

Even better? Panties With Teeth is a BARGAIN at only $7.99. And we have other non-racist items for sale too, like Handsome Joe Biden iPhone cases and sexy T-shirts with kittens and whips and even a Bernie Sanders T-shirt!

So, instead of congratulating all these corporate behemoths on suddenly saying "guess we won't sell that racist shit no more," why don't you support the Wonkette empire, which ain't never had no racist shit in the first place?

Or just give us money, that's fine too.