Wonkette Leaves A Brother To Die In The Fields Of Lawrence, Kansas 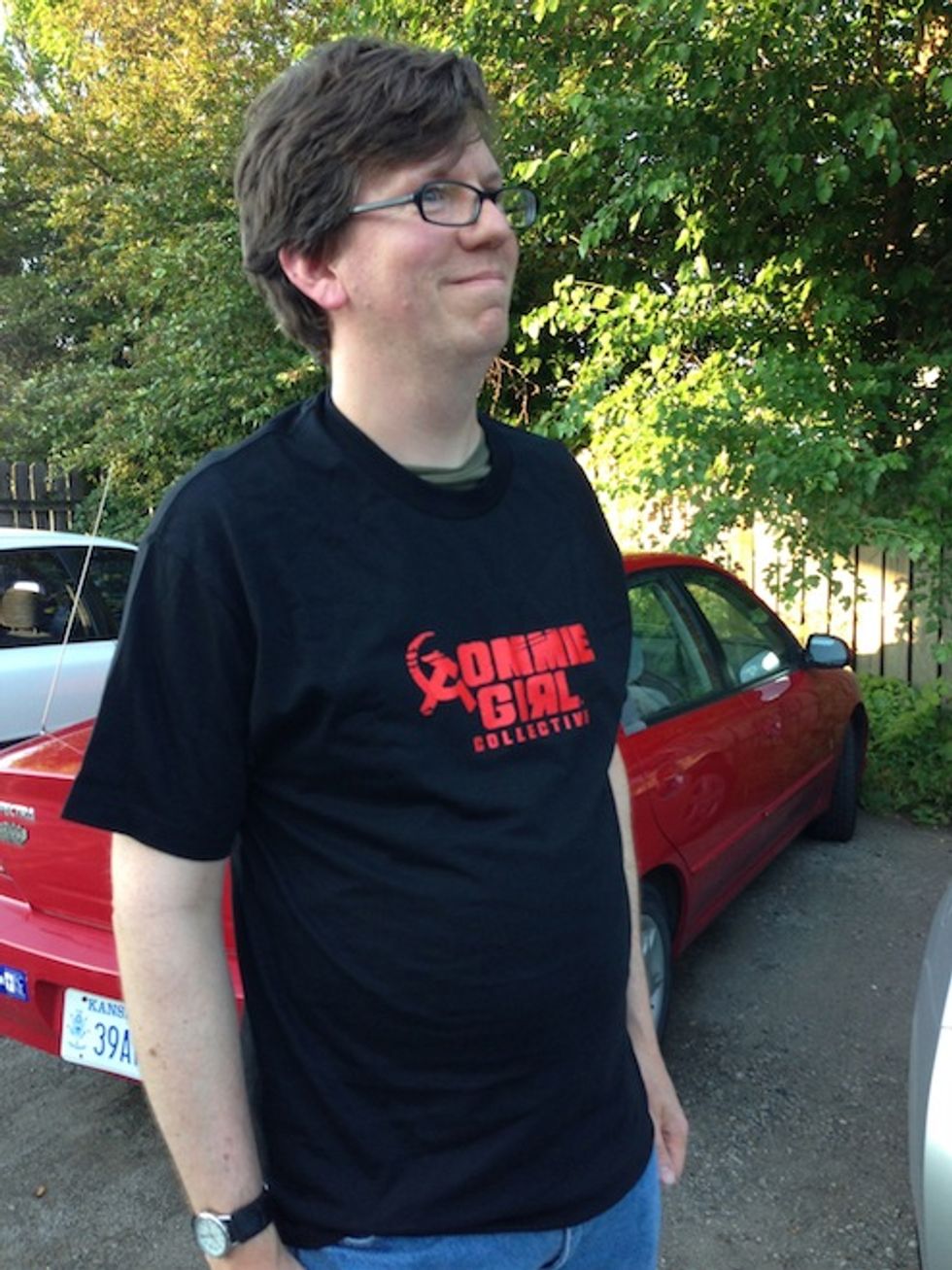 We had made it through Scottsdale and Santa Fe, through Minneapolis and Madison, through Chicago and somewhere else probably, man, it's all running together, you know? We still had Norman, and Dallas, and Austin to go. And we'd looked on AirBnB for a room to rent, but all we'd seen in Lawrence, Kansas, was one guy who wanted his guests to bring beer and stay in his kid's room, and a Frog who did his entire video en Franch, while toasting a large wine glass at the camera. Lisa and I weren't about to get date raped, buddy, Franchman or not. "Eer, ave zees glass of daterape! We toast!" "NON! YOU MAY NOT RAPE US! EEZ NOT ALLOWED! ZEE PENIS! YOU MAKE HIM GO DOWN NOW!"

So we went to the Eldridge, a cozy little joint that was originally burned down by pro-slavery forces in the 1850s or sometime, during the Siege of Lawrence. The kid at the counter -- nice kid! -- had entirely the wrong idea about us, as he seems to have put us in some kind of presidential suite.

This meant only one thing. We were going to have to have an afterparty.

This meant only more thing: Miss Lisa Wines would be so destroyed that night, we would have to leave her on the field in Lawrence, Kansas.

Frank's North Star Tavern was the scene of the battle, as it had been so many times before judging by the bullet holes in the fence.

And this awesome bartender was the assassin.

A scotch, three -- four? -- spritzers, a glass of wine, 17 beers, two shots of Jaeger, some box wine, and some Fireball later (some of that may be misremembered), Miss Lisa Wines was mortally wounded. We had no choice but to leave her to die.

And there Miss Lisa Wines stayed for the rest of her days until the next day, when she took the Greyhound bus to OKC and then all of us remembered she could have rented a car.