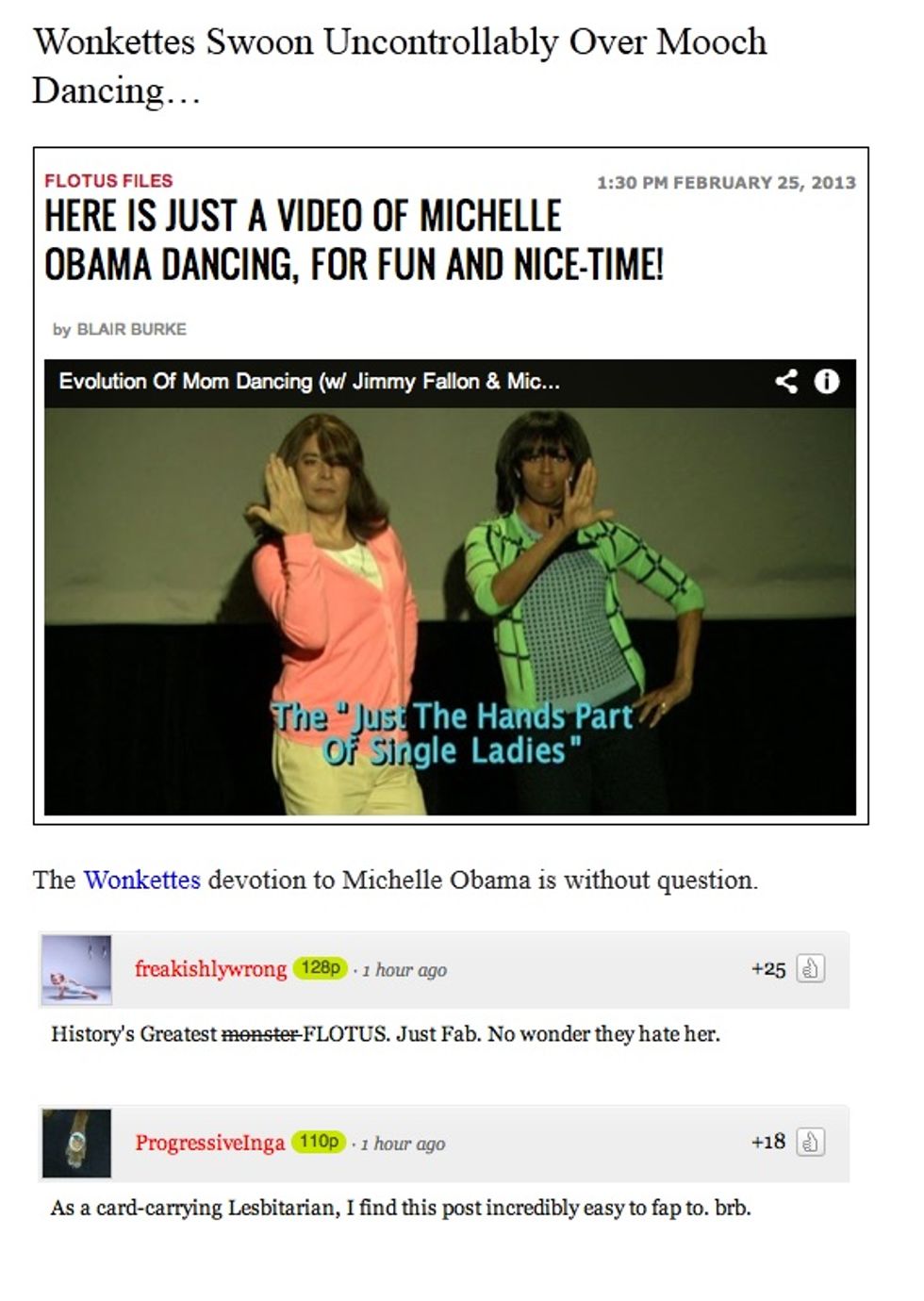 Time for the Wonkeratti to have a moment of Zoidbergian excitement: Hooray! Somebody noticed us! Of course, it was only the troglodytes atWeaselzippers, who were utterly perplexed that anyone could like Michelle Obama, what with her big butt and mannish looks and all.

One of our loose rules here at Your Wonkette is that, as the deposed tyrant put it not long ago, "We try not to delve too often into comments sections for material, because honestly." Unless, you know, the comments are so completely beyond reason as to be hilarious. Presumably, our comments saying "she's a pretty lady" are just as baffling to denizens of the Wingosphere, and therefore cause for derision, as their insistence that she is a boorish, fat, ghetto sasquatch appears to us. And of course, morally equivalent.

We realize that, as Editor For A Day, we must refrain from taking rash actions, and, yes, we are already at blogwar with Stormfront (OK, more of a squirmish there) and with that Axl Rose impersonator in Minnesota. Even so, we have been attacked, and accused of a cultish devotion to Michelle Obama, which is simply untrue. Our cultish devotion and slavering adoration, after all, are directed soley at Old Handsome Joe Biden. Michelle is just our BFF. But the deciding factor is that the WeaselZippers post completely ignored Yr. (deposed) Editrix's and Blair's birthdays. This is srs bsns.