Wonkette Week In Review: All Our Best, According To The Usual Gang Of Idiots -- You! 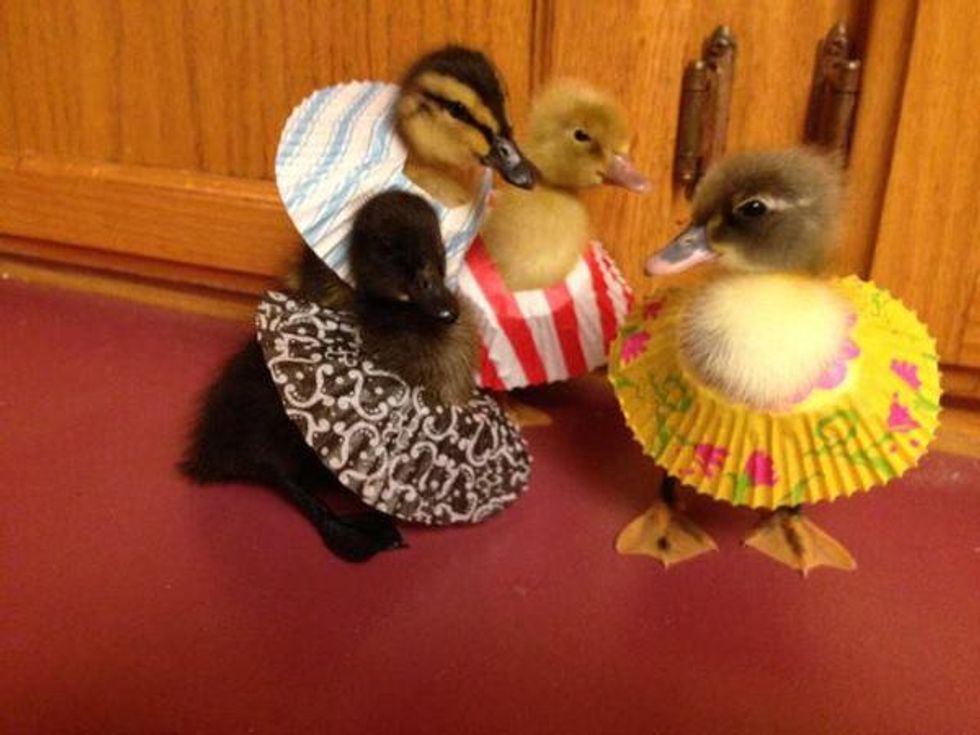 Feeling uninformed? Who could blame you with all the infotainment options of today's modern world? Here, catch up on the week with the very best of Yr Wonkette, or at least our most-shared stories on the Facebooks, which is how the world works, isn't it? Don't see a favorite story? Click "share" harder next time, and spread the word of Wonkette, so that we might dominate social media! Also, it's a Science Fact that sharing Wonkette stories to Facebook is gluten-free.

And thus, to our Top Ten:

10: Sarah Palin took a picture of her kid standing on a dog, and it was a good thing for Team Palin, because now everyone was talking about her strange parenting priorities -- grab the camera instead of telling the child we don't do that? -- instead of her strange family getting into drunken brawls.

8: An Idaho newspaper ran an editorial condemning the NRA, and somehow was not burned to the ground!

6: An Oklahoma legislator wants to give police the power to arrest people for wearing hoodies while looking all crimey. No way that could be abused!

5: Idaho Gov. C.L. "Butch" Otter wants the Supreme Court to please, please, please let Idaho ban same-sex marriage again, and he's got a compelling argument no one's ever thought of: It's to protect the children! That's some Otter, that Butch one.

4: The Republicans have a plan to "fix" Obamacare, and it's a winner, cutting a million people's healthcare and costing $18 billion more than the current plan. It's a start!

3: Remember that douchey Florida billionaire guy who informed his employees that if they were dumb enough to vote for Obama, he'd have to fire everybody and go out of business? Yeah, turns out 2014 was the douchey billionaire's best year ever. Thanks, Obama!

2: Some terrible monster beat up a lady who worked in the New York subway, and the New York Daily News demanded the thug be brought to justice. Once an NYPD cop turned himself in for the crime, the word "thug" vanished from that headline. [Update: it was the Daily News, not the Post, as we'd originally mis-typed. Dok has some kind of aphasia with proper nouns, probably. Just ask Roberta Schoenkopf.]

1: Islamic radicals murdered 12 people in Paris, and it was terrorism, obviously. But let's not get too hasty about throwing that word around to describe the attempted bombing of a local NAACP office in Colorado.