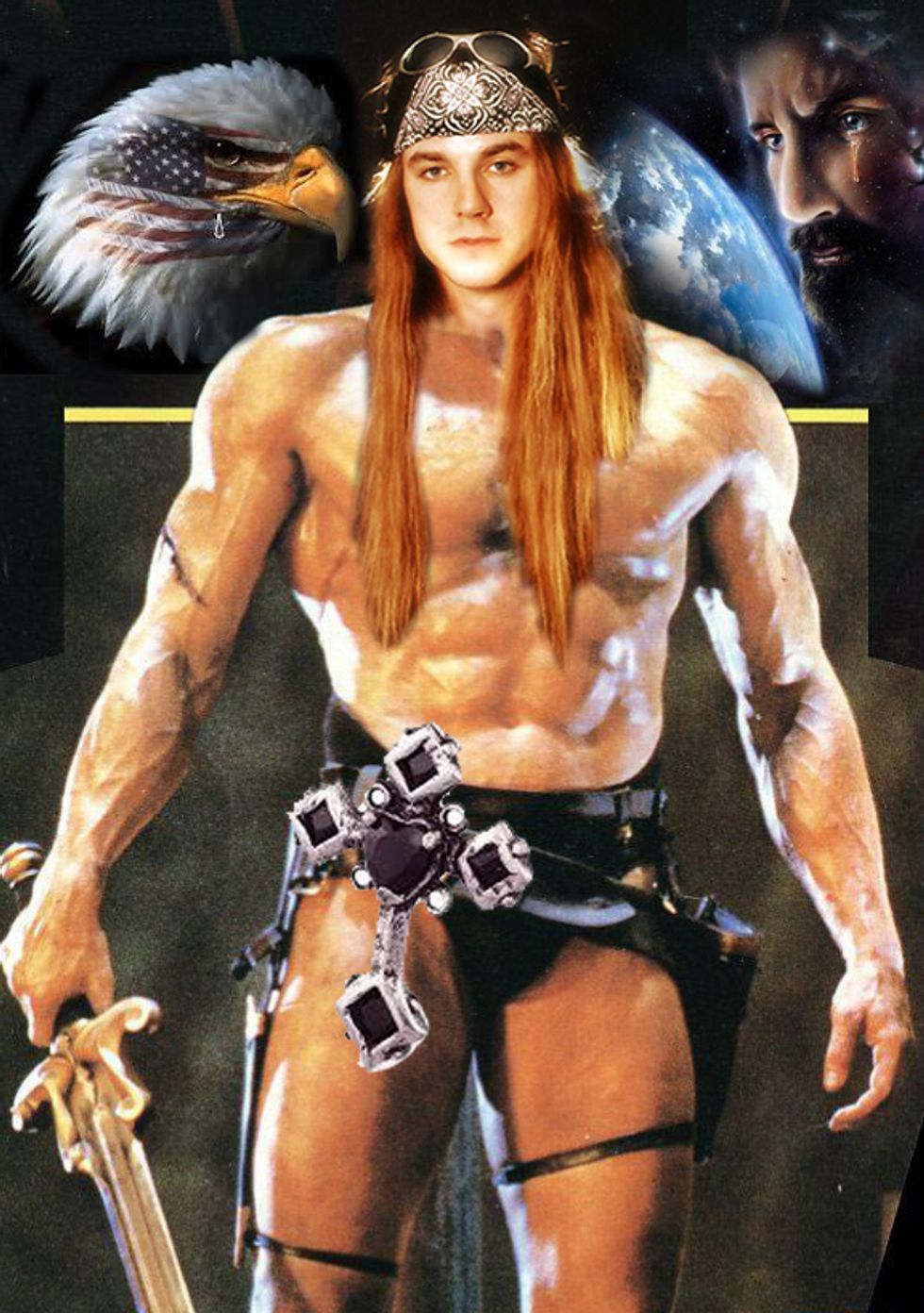 Wonkette is very excited to let everyone know that Bradlee Dean, our hilarious bestie who is also a religious rights activist, has written a very important poem at the WorldNetDaily, about how gay marriage is going to cause the Holocaust. Like we need to be reminded! Now, Bradlee Dean does not like being quoted, but fuck him, here is his poem, which is his own version of the famous Martin Niemöller "First they came for the socialists" quote. Is it good? Ha ha, no, Bradlee Dean is bad at many things, and poetry is one of them:

First they came for prayer in school, and I did not speak out, because I was not a student. Nor did I ever look into the fact that the Supreme Court is not above the law (Article III, Section 1, of the United States Constitution (Ephesians 6:18)).

Then they came to murder the unborn in their mother’s womb, and I did not speak out, because I was not an unborn child. After all, I was told that the Supreme Court could sanction the murder of the innocent in the womb by simply calling it a woman’s choice (Proverbs 6:17).

Then they came for marriage through the legalization of two men or two woman getting “married” to upend America’s sovereignty, and I did not speak out (as if to say the Supreme Court injustices have a God-given right to redefine what God Himself designed), because I did not want to be called a hater or a bigot (Leviticus 18:22, 20:13, Romans 1:24).

Then they came for me – and there was no one left to speak out for me, because I never spoke out for anyone else (let alone God) (Ezekiel 3).

That doesn't flow at all. Anyway, we can do Niemöller poems too, at the Wonkette!

First Bradlee Dean sued Rachel Maddow for quoting him verbatim, but he lost and a judge ordered him to pay her legal fees because he is A Idiot.

Then Bradlee Dean threatened to sue yr Wonkette for quoting him verbatim, but that never happened, because he wimped out after we made so much fun of him, so we didn't get any legal fees, sadface.

Then Bradlee Dean probably thought about suing Bradlee Dean's reflection in the mirror for saying the same words as he does, but because he was Bradlee Dean, there was nobody left to speak for him who wasn't A Idiot.