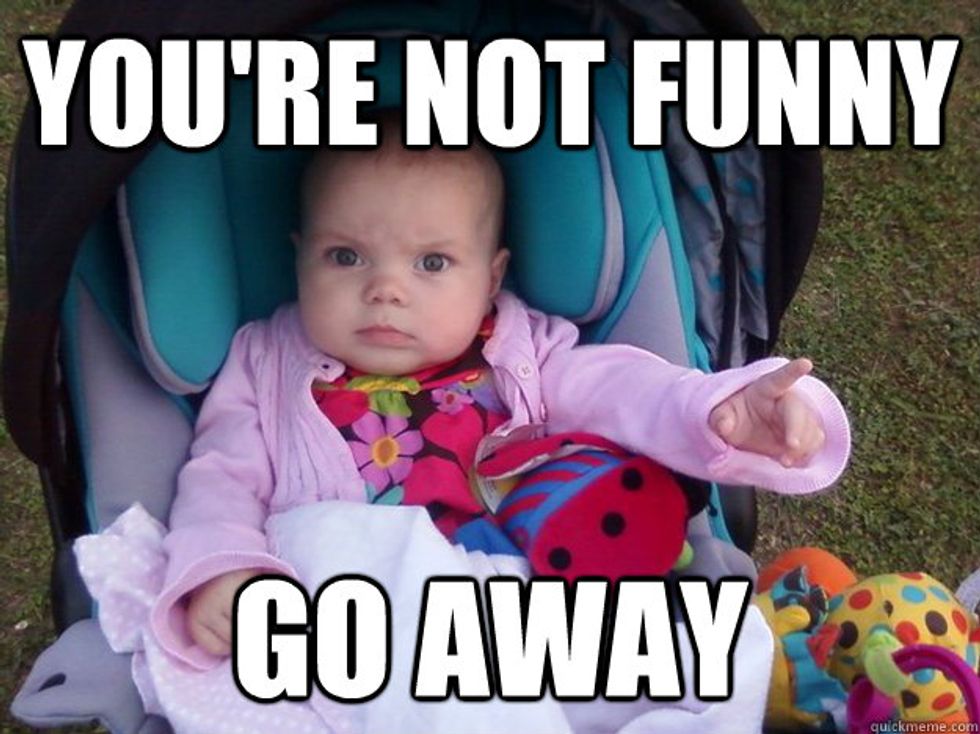 You know that when conspiracy clearinghouse and Obama birther hub WorldNetDaily runs a large headline like this, you're going to regret clicking on it. But you also totally know you're going to click on it all the same:

Was it, WND? Was it really? Sigh. Let's find out, shall we? What gems will we find? What's the funniest thing in the world to the people who think that Barack Obama is a gay coke fiend who got gay-married in Pakistan?

The biggest disappointment is that while WND correspondent Joe Kovacs did manage a 14-item list, they're not formally ranked, so we don't know what he thinks is the funniest story of 2014. But there's a poll, so thank goodness, we can at least tell you what the enlightened thinkers of WND's registered readership thinks was the funniest thing in the last year.

Yeah, it's a racist sign. With 51 votes, more than the next three items combined, the winner is this HILARIOUS racist sign erected by some moron in Minden, Nebraska (population 2,923):

Even better, Kovacs finds it necessary to EXPLAIN THE JOKE:

The sign references two fatal diseases – AIDS and Ebola – thought to have originated on the African continent, and the name of President Obama, which, depending on your political affiliation, might be considered another disease with African roots.

Pretty wimpy there, Joe. Not willing to commit to full-on birtherism in your end-of year fluff piece? Your WND overlords are going to have to keep an eye on you.

The other favorites with WND readers are actually pretty meh: A Saturday Night Live sketch where the old Schoolhouse Rock song "I'm Only a Bill" is replaced by Obama's Executive Order came in a distant second (18 votes), but only had one more vote than a YouTube clip of Nancy Pelosi awkwardly singing "We Shall Overcome" -- haha, Dems are such hypocrites! John Boehner and Mitch McConnell stayed resolutely silent, as befits dignified white men roped into a ridiculous stunt commemorating the 50th anniversary of the Civil Rights Act. There were also a smattering of votes for the first item on Kovacs' list, that ambush video where rightwing comedy stain Joe Mattera badgered former IRS division director Lois Lerner while she walked her dog, and a neighbor wouldn't even let her into their house to help her escape. Truly rightwing satire at its finest.

There was a bunch of other stuff on the list, including one story Yr Wonkette actually picked up back in May, when Florida Congressunknown Joe Garcia munched some ear junk, but for the most part it's a pretty lame little collection -- if you have to include parodies of Matthew McConaughey's Lincoln ads, you're not really trying very hard.

Oh, but the comments! Now THERE'S some comedy!

Not one of the replies to that last one pointed out that by shopping at Costco, he's supporting an America-hating commie, although one gent complained his local Costco was "jammed like Sardines, with Asians," which prompted another to complain that he can't leave his home without being armed, for all the blacks. This prompted the "jammed with asians" guy to commiserate, "One race is just a slower trip into the loss of Western civilization than the other. Both want to see our white *** gone."

And then there was "Marie," who nominated as 2014's funniest moment the video of that dumb Democrat congressman who asked an admiral if we put too many troops on Guam, would the island tip over? We agree that was kind of funny. In 2010.

For 2015's funniest story, we wonder if the readers of WND have seen that funny sign about how the zoo has an African Lion and the White House has a Lyin' African?